Presidential election: Donald Trump would have lost if Bernie Sanders had been the candidate 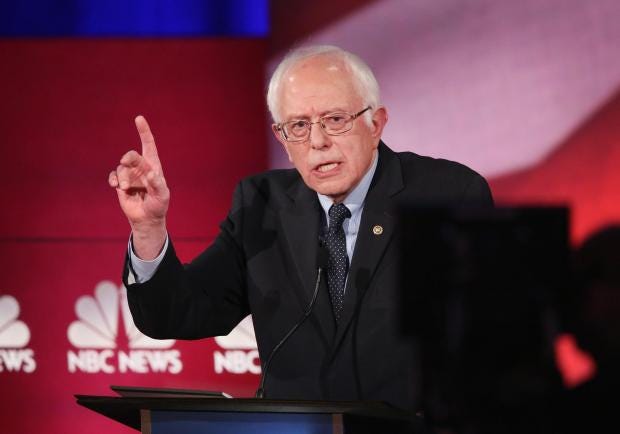 “Right now in every major poll, national poll and statewide poll done in the last month, six weeks, we are defeating Trump often by big numbers, and always at a larger margin than Secretary Clinton is.”

So spoke Bernie Sanders, Hillary Clinton’s Democratic rival in the primary, when he appeared on the May 29 2016 edition of NBC’s 'Meet the Press'.

It was not the first time the socialist former Mayor of Burlington had made the claim. And it was something that his supporters believed passionately.

Time after time, supporters of the white-haired, frequently cantankerous Democratic socialist, said the media was helping prepare a coronation for Ms Clinton in a way that was neither fair or democratic.

At a rally in the Bronx, New York, in April, Paul Nagel, 58, a gay rights and housing activist, told The Independent that Mr Sanders would go into the Oval Office on the back of a popular movement and that he could continue to listen to the people. “What we’re seeing now feels 1969,” he said.

At rallies for the 74-year-old across the country, there was a sense of euphoria and excitement that simply did not exist at those for Ms Clinton. Ms Clinton’s supporters said they had made a calculation to vote for her as they believed she would be the best candidate to lead the country, but there was no sense of the passion witnessed at her rivals events, or those of Barack Obama eight years earlier.

But it was not just anecdotal evidence. A series of polls suggested that Mr Sanders - with his calls for free college tuition, the removal of student debt, a national health service and the removal of big money from politics - would stand a better chance against Mr Trump than Ms Clinton.

A poll by NBC News-Wall Street Journal on May 15 said Ms Clitnon would beat Mr Trump by three points, but said Mr Sanders would win by 15 points.

A CBS News-New York Times on May 3 gave Ms Clinton a six point advantage over Mr Trump, but said Mr Sanders would win by 13 points.

Whether you agree with this article or not, it's obvious that most of us "Bernbots" got fed up and either stayed home or put in a protest vote. I voted for her in the general, but a lot of us did not out of spite against certain pro-Hillary supporters attacking us at every turn and the DNC at large. We needed passion on our side in an anti-establishment political climate, not a "clear victory" according to the talking heads and elites we wanted to take down in the first place. What a fucking mess.