Journalism under surveillance in Canada

OP: The first article below is an editorial, but I thought it was a good introduction to events in my neck of the woods which many on this comm may not have heard about.

Also, just a slight correction: a journalist's name is given as Legasse in the first source when it is actually Lagacé.
-----------------------
Journalism under surveillance in Canada

Canada might have a strong tradition of free press, but that has not stopped Canadian police spying on journalists 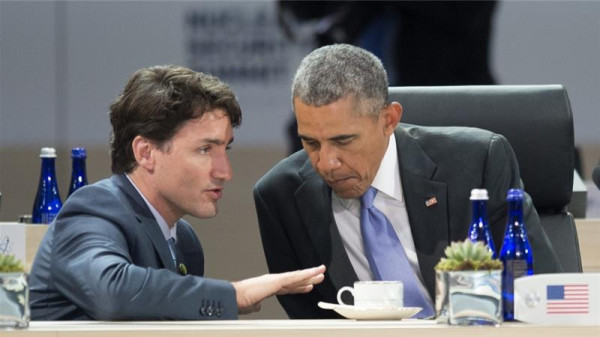 
Journalism and journalists are under siege … but not in the places you might suspect.

Now, be honest, as you read that sentence what countries sprang instantly to mind? Russia? Turkey? Egypt?

To be sure, doing journalism in any one of that troika of nations can be risky business, often inviting imprisonment or worse.

But the smug, widely held view that Western journalists are largely immune from the state-sanctioned perils faced by their brethren toiling in other, more repressive states has always been a reassuring myth.

In the United States, the first amendment is famously supposed to ensure, on paper at least, a "free" press, free from intimidation, censorship and reprisal.

In Canada, Section 2b of the Charter of Rights and Freedoms explicitly shields:"freedom of thought, belief, opinion and expression, including freedom of the press and other media of communication."

Journalists who don't pick at the comfortable margins, and choose, instead, to challenge the vested centres of state power, have long known that geography and the political pedigree of a government are irrelevant when it comes to official retribution.

Predictably, after an enterprising reporter pricks the empire's sensibilities, the empire routinely strikes back, invariably using all the legal and illegal tools at its disposal to establish who's the real boss.

Of course, this vindictiveness is not new.

Because of his abiding insecurity and suspicion, Richard Nixon fashioned an "enemies" list teeming with the names of pesky, recalcitrant journalists.

Still, if "enemies" lists don't do trick, then the courts will.

“The inveterate culture of impunity is endemic to police and spies no matter the ideology or country they serve, nor, it's clear, the nationality of the journalists fixed in their malevolent cross-hairs.”

New York Times reporter James Risen spent seven taxing years duelling with the Obama administration in court to stay out of jail and to protect the identity of a key source central to his revelations about clandestine US efforts to disrupt Iran's nuclear ambitions.

A circumspect journalist not prone to hyperbole, Risen once described the Obama administration as "the greatest enemy of press freedom in a generation". (President-elect Donald Trump will, I'm convinced, quickly wrest that ignominy from Obama.)

If the courts don't do the trick, then the surveillance state will.

NSA whistleblower Edward Snowden has repeatedly raised the alarm that Western governments use their tools in the electronic ether principally to spy on their citizens - including journalists - and not terrorists or foreign spies.

Not an 'isolated' incident

Recently, Snowden's prescient warning was borne out when it emerged that several journalists in Quebec were spied upon by police, possibly at the behest of powerful provincial figures.

The drip, drip, drip of damning disclosures began in late October when Montreal police admitted that they had, for months, snooped on La Presse columnist, Patrick Legasse, in a futile effort to unearth sources who were leaking unflattering information to him about the police.

Montreal's police chief defended the spying by claiming investigators had obtained the necessary warrants and the leaks constituted a crime worthy of inquiry.

Legasse and his editors dismissed the police chief's exculpatory reasoning as dangerous bunk.

"It irredeemably compromises the confidence that must exist between a journalist and his or her source so that citizens can be informed of subjects that are in the public interest and can participate in an enlightened manner in the democratic life of the country," Trottier wrote.

The news about cops spying on scribes had just begun to reverberate inside Quebec's political and media circles when it emerged that the tally of journalists who were targets of police surveillance had mushroomed suddenly to seven.

This time, Quebec provincial police confirmed that the calls made and received by several prominent print and broadcast journalists had been tracked for more than five years in connection with a 2013 police probe that was launched, reportedly, on the same day that a high-profile union leader made a complaint.

Apparently, the once "isolated" incident was now spreading like a state-engineered virus.

One of the targeted journalists, Alain Gravel, said: "It's a shock. In a democratic society like ours, you never imagine that this thing could happen and be so systematic. It's two events now in the same week. So we're very concerned."

While I sympathise with their plight, Gravel's suggestion that systemic spying on journalists working in "democratic" societies by police and other muscular, secretive state institutions is inconceivable, borders, surprisingly, for an experienced reporter, on the naive.

Gravel's and his colleagues' experience proves that not only is Western government-approved spying on journalists plausible, it's also an inevitable institutional response to scrutiny that puts those agencies in league with the anti-democratic practices of the regimes Western journalists are so quick to expose and condemn.

In any event, to staunch the metastasising scandal, the Quebec government has struck a public inquiry to examine the police forces' subterfuge, warning that "sanctions" maybe in the offing.

I'm not reassured. Public inquiries into police misconduct in Canada - whatever its nature, scope or duration - are as routine as a Trump tweet at 3am.

After receiving a stern lecture and a tepid slap on the wrist for abusing their pervasive, surreptitious powers, cops know that, in time, and with a little patience, they can safely return to covert business as usual since, ultimately, they are immune from real, lasting accountability.

This inveterate culture of impunity is endemic to police and spies - East and West, North and South - no matter the ideology or country they serve, nor, it's clear, the nationality of the journalists fixed in their malevolent cross-hairs.

The news stunned all newsrooms late Wednesday: it was not only the journalist Patrick Lagacé of [the Montreal newspaper] La Presse who was spied on by police. Six other Quebec journalists were also spied on by the ‘Sûreté du Québec’, the provincial police, in 2013. The police were attempting to identify who was speaking to the journalists. This was a shock particularly for the journalists in question, but also for the entire journalistic community in the province of Quebec.

Among these six journalists are my colleagues from Radio-Canada (OP note: this is the French side of the Canadian Broadcasting Corporation or CBC) Marie-Maude Denis, Isabelle Richer and Alain Gravel, all three of whom were involved in bringing to light corruption and collusion scandals in Quebec’s construction industry which also featured details on illegal financing by political parties. (OP note: These revelations led to a public inquiry as well as important changes in Quebec’s political landscape, particularly at the municipal level.) The three journalists stated that they were shocked to learn that police were able to obtain five (5) years’ worth (i.e. from November 2008 to October 2013) of their cellphone operations. Another journalist in the same situation is Alain Gravel, former host of ‘Enquête’, for whom police were able to obtain copies of telephone/cellphone operations for the same period.

“When fighting against the police, you are always outgunned.”

“I am nauseated by this", commented Alain Gravel, shocked to learn that police had access to all incoming and outgoing calls from his telephone during the period where he was investigating the scandals which led to the creation of the Charbonneau Commission. (OP note: This was the public inquiry into corruption in the construction industry which involved political circles, as I mentioned above.)

"I’ve always been extremely careful with regards to my confidential sources, but of course when ‘fighting’ against the police you are always outgunned, as they have access to this kind of investigative tool. The future will tell us –or maybe we will never know- everything they have discovered about me." Said Marie-Maude Denis, co-host of the investigative television series ‘Enquête’ of Radio-Canada. Her co-host, Isabelle Richer, said that she was shocked and admitted having lost many of her illusions: "It’s as if all our certainty with regards to the kind of society we live in had suddenly disappeared. I used to believe in this, but not anymore. That doesn’t make it hurt any less.” She even wonders whether her conversations might have been spied on illegally by police.

OP translation of tweet: "My telephone was spied on during five years, courtesy of the 'Sureté du Québec'. 2008 to 2013. So much effort."

The parliamentary  correspondent from La Presse, Denis Lessard, was also on this list: "I have covered politics for almost 40 years, and have often reported on politically sensitive topics. You tell yourself that it’s always possible that you are being spied on by police, but you are also convinved that they would never dare go that far. Well, it seems we were wrong [about that]."

In an ironic message, the journalist from La Presse, Patrick Lagacé, told his colleagues : "Welcome to the club…"

A journalist never reveals their sources

All journalists who carry out investigations have a vital need of sources, sources whose identity they must protect. So they are understandably worried: will these sources continue to talk to them if there is a possibility of them being under police surveillance? These espionage practices by police represent a clear obstacle to freedom of the press.

"As the days have gone by, over [the past week] (…), we have had the growing impression that there is a gangrene in Quebec’s police", stated Éric Trottier, the associate editor of La Presse. "I am not used to saying this kind of thing, but I think that these people would be justified in referring to a true ‘police state’."

The newspaper La Presse sent a formal legal demand/request to Montreal police in order to copies of all the information collected during the electronic surveillance of the iPhone of journalist Patrick Lagacé. Radio-Canada’s lawyers are currently studying the legal options at their disposal in order to obtain/discover what information was collected by ‘Sûreté du Québec’ [provincial] police in the lists of telephone operations carried out by the three [Radio-Canada] journalists [discussed above]. 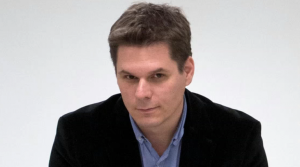 Creation of a commission of inquiry

The Quebec government, under pressure from many sources, announced this Thursday the creation of a public inquiry [on this issue] in order to shed light on the espionage of journalists by the province’s police with, as a background, the questions regarding the protection of journalistic sources and freedom of the press, which are rights guaranteed by the [Canadian] Supreme Court and the [Canadian] Charter of Rights and Freedoms.

The [provincial] opposition parties salute the creation of this commission of inquiry whose precise mandate remains to be defined, as well as the names of its members (there has been talk of three commissioners: a judge, someone from the journalism community, and a third person from the police).

All these stories of "journalists under surveillance" have taken place as the journalist Marie-Maude Denis, co-host of the television program ‘Enquête' on Radio-Canada (with Isabelle Richer), will present this Thursday a report on allegations of fraud involving four individuals responsible for funding for Quebec’s Liberal Party, the party of Quebec Prime Minister Philippe Couillard. These four individuals have allegedly carried out [what may be] the most important fraud in a state provincial corporation in Quebec, or even in all Canada (…).

SOURCE 2 (translation is by the OP).

OP: I agree with the first source. I don't think it's surprising that police spy on journalists, but rather that it has come to light at all...
Tags: canada, free speech, journalism, police, quebec, wtf
Subscribe