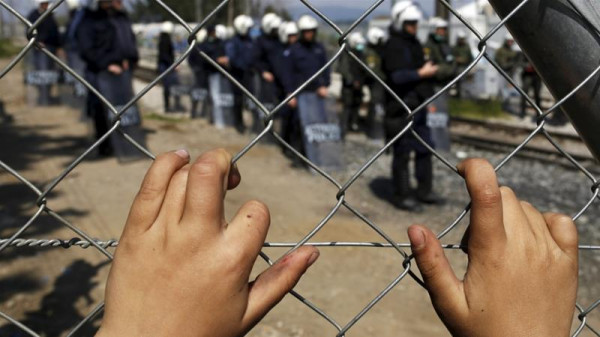 Greek police say they have arrested a French cleric suspected of sexually abusing unaccompanied refugee children he had sheltered in his house in Thessaloniki, Greece's second-biggest city.

The 52-year-old man, who belongs to the Franciscan Church of France, allegedly molested four homeless Pakistani boys, aged 14 to 18.

The children, who had been sleeping rough around Thessaloniki's main railway station, told police officials that they accepted to stay at the man's home in January after he had offered to provide them with food and housing.

"When questioned, the children said they suffered repeated and persistent sexual abuse by the man," a police spokeswoman told Al Jazeera on Wednesday.

"They say that he took advantage of the fact that they were homeless and without food to sexually abuse them."

The alleged abuse came to light after the boys fled the man's house and one of them found refuge in a Thessaloniki centre for vulnerable migrants.

There, he revealed the abuse to the centre's staff, who then contacted police.

Following a search on Tuesday at the man's house in the Toumba area of the northern city, police seized six hard drives and one USB stick, as well as dozens of drug tablets that fall under the Greek law on addictive substances.

Police on Wednesday said the French cleric, who has been living in Greece for 12 years, has been charged with sexual abuse and possession and use of drugs.

Three of the boys are currently staying in centres run by NGOs, while one is living at the Diabata refugee camp, according to police.

More than 62,000 refugees and migrants are currently stranded across Greece owing to a wave of European border closures and a controversial deal between the EU and Turkey in March 2016.

When the borders shut down last year, more than 2,500 children, many of whom had not been registered as unaccompanied, were trapped in Greece, according to Lora Pappa, the head of METAdrasi, a charity working with unaccompanied minors in the country.

"Currently, despite the big efforts that have taken place, more than 1,200 children remain trapped outside facilities in very difficult conditions - on the Greeks islands or in camps," Pappa told Al Jazeera.

"Sad cases, like the one in Thessaloniki, happen when there is no system of checks in place," she said.

For hundreds of vulnerable unaccompanied minors in Greece, life is full of risk and uncertainty.

Those who officially register with Greek authorities are taken by police. Despite being entitled to protection, they often find themselves facing prolonged arbitrary detention in custody and abusive treatment.

"This is very problematic ... and often forces many of them to lie to authorities about their age to avoid staying in poor and degrading conditions," Eva Cosse, Greece specialist at Human Rights Watch, told Al Jazeera.

For these children, alone in a foreign country without a parent or an adult responsible for their care, sexual abuse is just one of the many dangers they face.

"These are children who are entirely unprotected. They sleep rough, lack access to education and are exposed to sexual abuse, human trafficking and black labour," Cosse said.

Bodies were discovered on coast of city of Zawiya, says Red Crescent, and coastguard says engine was removed from boat 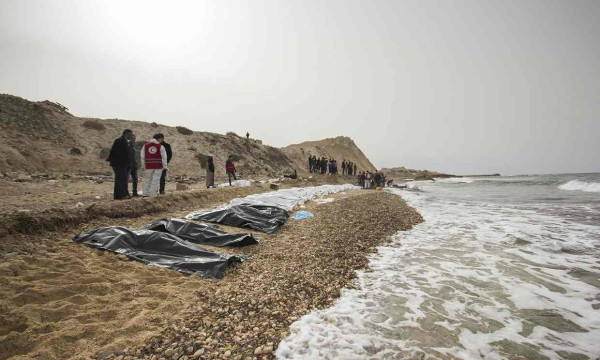 The bodies of at least 74 people, believed to be migrants, have washed ashore on the Libyan coast in the latest tragedy at sea for people fleeing to Europe to escape war and poverty.

The Libyan Red Crescent said on Tuesday the bodies had been found the previous morning on the coast of the city of Zawiya, and aid workers had spent six hours recovering them, with more dead believed to be in the vicinity.

A spokesman for the organisation, Mohammed al-Misrati, told the Associated Press that a torn rubber boat was found nearby and it was likely that more migrants had drowned in the incident, as such vessels usually carry about 120 people.

The Zawiya coastguard later posted a video that showed the migrants’ boat with no engine. Joel Millman, a spokesman for the International Organization for Migration (IOM), told Reuters a local staff member had reported that “traffickers came and removed the engine from the boat and left the craft adrift”.

“This is not a only horrible number of deaths in one incident but it strikes us as something that we haven’t really seen much of, which is either deliberate punishment or murder of migrants,” Millman said.

Images published on Twitter by the Red Crescent showed bodies lined up on a beach in black and white body bags, the latest mass casualty incident after a year of record deaths along the smuggling route from Libya, racked by civil chaos, to the shores of southern Italy.

Misrati said the local authorities would take the bodies to a cemetery in Tripoli that caters for unidentified remains.

On its Facebook page, the Red Crescent branch in Zawiya appealed for support to handle the bodies. It said some remained on the beach as the organisation lacked vehicles to ferry them to the cemetery. “There are still bodies floating in the sea and we couldn’t reach them,” it said.

The European Border and Coast Guard Agency said last week that 4,579 migrants had died while attempting the crossing in 2016, 1,700 more than in 2015. The record number of deaths came as Europe worked to tighten its borders and limit the influx of refugees, despite intensifying humanitarian crises in Africa and the Middle East.

The real number of dead is likely to be higher because not all drownings are documented.

This month the EU backed an agreement between Italy and Libya to stem the arrival of migrants to Europe, which prompted condemnation by human rights groups.

Under the agreement, the UN-backed Libyan government would receive £171m as well as training for the country’s coastguard in exchange for better policing the outflow of migrants from Libya, where conflict continues years after the overthrow of Muammar Gaddafi.

A similar deal was reached between the EU and Turkey in which Ankara received financial aid as well as a promise to lift visa restrictions on Turkish citizens travelling to the Schengen zone in exchange for halting the flight of Syrian and Afghan refugees to the continent.

Human rights groups have said the Libya deal would expose children and migrants to widespread abuse and exploitation by armed groups that operate in the country as well as smuggling networks, amid reports of torture and abuse in migrant detention centres and ongoing human trafficking operations.

“Simply pushing desperate children back to a country which many describe as hell is not a solution,” said Ester Asin, an official at Save the Children.

“The EU is yet again outsourcing its responsibility to protect the rights of migrants and refugees with no guarantees about what will happen to the many men, women and children after they have been returned to Libya. Refugees could be detained in Libya, where conditions in detention centres are widely seen as inhuman and people have reported being beaten, whipped and hung from trees. We have heard countless reports of women and children suffering persecution, beating and rape.”

Past deals with Libya under Gaddafi’s reign have been similarly condemned as exposing migrants and refugees to a panoply of abuses in detention centres, in addition to the moral concerns of propping up the Libyan government at the time with aid and military training.

January was the deadliest month by far in recent years for migrants fleeing along the Libya-Italy corridor, with 228 drownings despite an expected slowdown during winter, according to the European Border Agency. It said poor quality vessels were to blame for the rise.

“We are seeing the new boats, which are not equipped with anything, but they carry more people,” the Libyan coastguard spokesman Ayoub Gassim told AP. “This is going to be even more disastrous for the migrants.”

Additional links:
-Have we learned anything? (i.e. this was a previous post of mine to this comm, which had more information/background on all of this).
-Migrant crisis: UN says Europe is 'on cusp of self-induced crisis' (i.e. this was another post of mine to this comm, which detailed how things were in early 2016).
-In early 2016 it was reported that more than 10,000 refugee children were missing in Europe.
-The UK government (i.e. again, the wonderful Theresa May and her ilk) recently decided to halt a child rescue scheme which would have admitted 3,000 child refugees from Syria (i.e. only 350 children were admitted before the deal was scrapped).

OP: So, after the wonder that is the EU-Turkey deal on migration, as well as the (ethical) issues raised by preventing people from entering the European enclaves of Ceuta and Melilla, now Europe wants to make sure those pesky refugees don't leave Libya, either.