Chelsea Manning says she has been barred from entering Canada 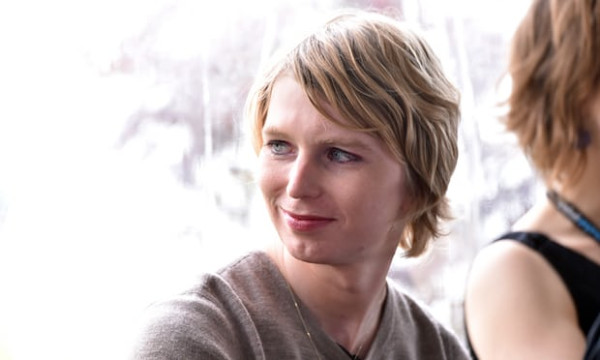 Chelsea Manning, the former US soldier who served seven years in military prison after instigating one of the biggest breaches of classified data in US history, has said she has been barred from entering Canada.

On Monday, Manning posted on Twitter a report from the Canadian government that identified her as a foreign national “who has not been authorized to enter Canada” due to prior convictions.

“So, I guess Canada has permanently banned me?” wrote Manning – one of the most prominent whistleblowers of modern times.

so, i guess canada has permanently banned me ? ✋🤠🌄🇨🇦 @CitImmCanada denied entry b/c of convictions similar to "treason" offense 🤔🌈💕 pic.twitter.com/xp0JOEEOGd

The letter, addressed to the country’s minister of immigration, said Manning had attempted to enter Canada at the official border crossing near Champlain, New York, late last week.

Manning had told Canadian border officials that she had been convicted in 2013 of charges associated with the United States Espionage Act and had been released from prison in May.

The letter added that if the same offence had been carried out in Canada, it “would equate to an indictable offence, namely treason”, and could result in up to 14 years in prison. For this reason, Manning was deemed inadmissible to Canada.

On Twitter, Manning rejected the comparison officials had attempted to make between the US and Canadian law, and said she planned to formally challenge the decision.

In 2013, Manning was sentenced to 35 years in prison for sending more than 700,000 documents, videos and diplomatic cables to WikiLeaks. The classified and sensitive documents leaked by Manning – who had been assigned to an army unit in Iraq as an intelligence analyst – shone a light on the nature of warfare in Iraq and Afghanistan and included a video showing the US military launching an airstrike that killed a dozen people, including two Reuters news staffers.

The 29-year-old was released earlier this year after her sentence was commuted by Barack Obama during the final days of his presidency.

Manning’s brush with the Canadian border authorities came as she was embarking on a bi-coastal tour to celebrate her newfound freedom.

She had planned to drive up the east coast from New York to Montreal, then fly across Canada to Vancouver and drive down the west coast, stopping off to join protests against the far-right activist Milo Yiannopoulos at the University of California, Berkeley.

But she never made it across the border. Canadian guards detained her overnight before turning her back to the US.

Manning’s support team have responded with astonishment to the suggestion by Canadian authorities that her prosecution under the US Espionage Act was equivalent to treason under Canadian law.

They stressed that the Espionage Act was unprecedented around the world as it allows no margin for whistleblowers to argue that the disclosures they made were in the public interest.

Manning’s team said their concern now focused on whether Manning’s experience with Canadian immigration officials would be replicated in other countries that might be susceptible to US government pressure.

Manning has a number of international speaking engagements in development, and her team will now have to work out whether entry into those countries will be permitted.

On Monday, Canada’s Ministry of Immigration refused to comment on Manning’s case, citing privacy laws. Each case is evaluated based on its merits, a spokesperson told the Canadian Broadcasting Corporation. “All applicants can expect impartial, professional treatment and clear, accountable decision-making.”

Speaking to media on Monday, Justin Trudeau also fielded questions about Manning’s case. The prime minister declined to comment but said he was looking forward to hearing more details about the situation.

The report at the CBC (i.e. Canadian Broadcasting Corporation) is here.