Anderson Cooper appeared on "The Ellen DeGeneres Show" Thursday but he refused to take part in the show's trademark dance.
Walking out after his introduction, Cooper put his head in his hands as Ellen tried to coerce him to dance.
"No one really wants to see a middle-aged guy with silver hair wriggling," he said. "It's not gonna happen. I'm a WASP. I was raised to suppress my emotions. I can't be publicly expressing things.
Anderson then referenced previous news personalities who have danced on Ellen's show.
"Plus, I saw what happened to Blitzer out here," he said.
WATCH WOLF BLITZER DANCE ON ELLEN HERE.
"He was fine, he was not the trouble," Ellen said.
"It's a slippery slope, though, from Wolf Blitzer to Chris Matthews," Anderson responded.
Anderson and Ellen went on to discuss Bravo's "Real Housewives" series — one of his favorite topics — and why he prefers the Atlanta and Orange County shows to the New York edition.
"The Real Housewives of Atlanta to me were just kind of jaw-dropping," he said. "The Real Housewives of Orange County were just each more horrific than the next...I have not been able to commit to Real Housewives of New York because they just creep me out."
Watch:

Few days old by now, but I haven't seen it posted yet, so...

How Democrats Might Actually Become The Permanent Majority.
( Collapse ) 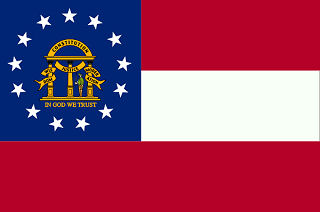 ATLANTA (AP) — Two dozen black lawmakers angrily stalked out of the Georgia House on Friday amid claims a decision by white Republican leaders to delay passage of a resolution honoring President Barack Obama had racist overtones.

House Speaker Glenn Richardson said the proposal to make Obama an honorary member of the Georgia Legislative Black Caucus required some changes to its language and sent it to a committee. Supporters, including black lawmakers, claimed the move was a snub to the nation's first black president.

"It drips with racism," said state Rep. Al Williams, a Democrat. "I call it just like it is."

State Rep. Austin Scott said he and other Republicans objected to wording that would have put the full chamber on record backing the resolution and its declaration of Obama as a man with an "unimpeachable reputation for integrity."

Dead babies, mothers weeping on their children's graves, a gun aimed at a child and bombed-out mosques - these are a few examples of the images Israel Defense Forces soldiers design these days to print on shirts they order to mark the end of training, or of field duty. The slogans accompanying the drawings are not exactly anemic either: A T-shirt for infantry snipers bears the inscription "Better use Durex," next to a picture of a dead Palestinian baby, with his weeping mother and a teddy bear beside him. A sharpshooter's T-shirt from the Givati Brigade's Shaked battalion shows a pregnant Palestinian woman with a bull's-eye superimposed on her belly, with the slogan, in English, "1 shot, 2 kills." A "graduation" shirt for those who have completed another snipers course depicts a Palestinian baby, who grows into a combative boy and then an armed adult, with the inscription, "No matter how it begins, we'll put an end to it." 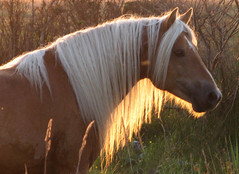 JUNEAU, Alaska — It's a subject that can cause nervous snickering, a little uneasiness and even a few bad jokes.

But many in the southeast Alaska community of Klawock, population 800, weren't laughing last April after a 26-year-old registered sex offender was accused of molesting a local family's pet dog.

The man was spotted by a local woman coaxing the Labrador retriever into the woods near a ball field. There he allegedly tied it to a tree, taped its muzzle shut with duct tape and had sex with it, witnesses told police at the time.

The man had been twice convicted of raping a young boy and more recently had served probation for assault after lunging at a child. While the incident with the dog was reported to the police, Klawock Mayor Don Marvin said nothing happened for two days while fearful parents escorted their children home from school.

"When this incident happened, we had a community that was scared," Marvin said.

Because Alaska has no law against such an attack, Ketchikan District Attorney James Scott eventually charged the man with two counts of criminal mischief, which was later changed to a theft charge.

In requesting a $10,000 bail, Scott told the court that the state was concerned that if a small child had been available and unattended that day, "the small child would have been found taped (and) tied in the woods."

Shocked by that and other similar cases of involving humans having sex with animals, lawmakers in Florida and Alaska are considering bans on bestiality. They are among 15 states where the practice is not explicitly illegal.

North Korea confirmed Saturday that it had detained two American journalists on charges of “illegally intruding” into the North through its border with China.

The journalists, Laura Ling, a Chinese-American, and Euna Lee, a Korean-American, both working for Current TV, were on a reporting trip along the border when they were detained by North Korean border guards, according to human rights activists and a South Korean news report. Their colleague, Mitch Koss, and their Chinese guide were reported to have been detained by Chinese border guards.
( Collapse )

The home of AIG executive James Hass, in Fairfield, Conn. Pillars of the community are now pariahs fearing for their safety in the ritzy suburb.

Also in Fairfield, the home of AIG executive Douglas Polling. A bus protest tour is making the rounds there on Saturday, March 21, 2009.

FAIRFIELD, Conn. - Watch your backs. That's the sobering official message executives at embattled insurance giant AIG received this week from their employer.
Corporate officials advised employees in a memo later posted on Gawker.com to avoid wearing the company logo, in an effort to keep from attracting attention. Workers were also urged to travel in pairs at night and park in well-lit areas.
The memo offered a dozen security tips for AIG workers against a possible public backlash over its $165 million in bonuses.
"It is crucial that everyone remain vigilant during this time, and understand that if at any given moment a threat is perceived, 911 should be dialed immediately," the two-page memo read.
The memo was issued Wednesday - the same day AIG CEO Edward Liddy told Congress about death threats to company executives.
One of the threats suggested AIG executives and their families should be "executed with piano wire around their necks."
As a result of the bonus furor, longtime pillars of the community are now pariahs living in fear, hiding behind locked gates and security guards.
Payouts by AIG have put a face on the economic struggles the country faces, and the anger targeting executives living in this ritzy area of Connecticut is palpable. Death threats have been pouring in since the brouhaha broke, the company said, and its workers are taking no chances. [Unknown LJ tag]
</lj>
( Collapse )

I can't imagine how angry some people are, but death threats are NOT acceptable. This appalls me.

Norm Coleman's lawyer predicts a loss in Senate trial, but appeal is likely

Norm Coleman's lawyer is predicting a loss — until the appeal.

Joe Friedberg told a Twin Cities radio interviewer this week that he believes the former U.S. senator will lose his attempt to persuade a three-judge panel to overturn Al Franken's 225-vote lead.
( Collapse )

The revelations over the last couple of days as to what the Norm Coleman defense team was really doing should have been clear to even the most casual observer. They have been setting everything up for an appeal to the US Supreme Court. That was confirmed in a radio interview Friday and updated in articles in both of Minnesota's largest newspapers. They have been laying the groundwork to use Bush vs. Gore to try to certify the vote total from election night.
( Collapse )

Ms Bligh was able to deliver her victory speech before 9pm Queensland time.

"Queenslanders, thank you. You have given me a mandate to protect your jobs and I am ready for that task," Ms Bligh said about 8.50pm at the Convention Centre tally room.

She congratulated LNP leader Lawrence Springborg on a hard-fought campaign and for uniting the conservative forces in Queensland, which she said was "healthy for democracy".

He telephoned Ms Bligh and "wished her the best" and said she deserved "full credit" for her campaign.

Mr Springborg said he would step down as leader of the Liberal National Party. "It is now time to move on," he said.

He said he had had three opportunities to put himself forward as the alternative premier of Queensland.

"It's been an enormous privilege to take us forward from 15 seats in 2004 to potentially 35 seats in this election," he said.

"However I accept my days as Opposition Leader are numbered and it is now up to my parliamentary colleagues to choose the team that they want to go forward to fight the next election."

I know most of you don't really care, but Australian politics is such a boys' club most of the time, so this really is fab news. Having said that, I am glad that this vile creature is gone, hopefully for good. \o/
Collapse