OP Note: I promised during elections that I'd do info posts about different topics, and since someone specifically asked for HAES I figured why not make that the first post? Please read!

Despite the message being preached by 'The Biggest Loser,' San Rafael organization says you shouldn't beat yourself up over a few pounds but focus on the bigger health picture instead. 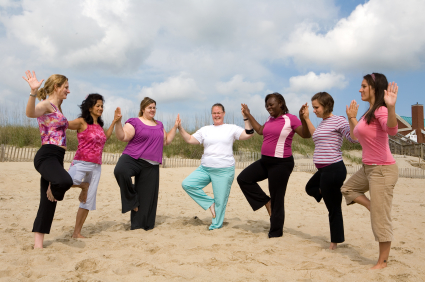 I have to admit, it's hard to find articles about size acceptance that aren't laced with ridiculous puns or questionable language. This Time article and this CNN article are perfect examples of that. Read at your own rage-inducing risk.

OP Note pt. 2: I'm going to try to do frequent informational posts. As a start, the posts are going to be centered around women's health and psychological health, but I'm willing to include other topics upon request. Mostly these posts will serve the purpose of educating the ignorant and helping those who may need information find a starting point in their search. Feedback and topic suggestions are most definitely welcome.

VAN, Turkey (Reuters) - A powerful earthquake which shook southeast Turkey on Sunday may have killed up to a 1,000 people as it triggered the collapse of dozens of buildings across the region, media reported the Kandilli Observatory as saying.

Emergency workers battled to rescue people trapped in buildings in the city of Van and surrounding districts on the banks of Lake Van, near Turkey's border with Iran.

Some 10 buildings collapsed in Van city and about 25-30 buildings were brought to the ground in the nearby district of Ercis, Deputy Prime Minister Besir Atalay told reporters.

"We estimate around 1,000 buildings are damaged and our estimate is for hundreds of lives lost. It could be 500 or 1,000," Kandilli Observatory general manager Mustafa Erdik told a news conference.

Prime Minister Tayyip Erdogan was traveling to Van and the cabinet was expected to discuss the quake at a meeting called for Monday morning.

"A lot of buildings collapsed, many people were killed, but we don't know the number. We are waiting for emergency help, it's very urgent," Zulfukar Arapoglu, the mayor of Ercis, told news broadcaster NTV.

Cihan news agency said 30 had been killed in Ercis district.

"We need tents urgently and rescue teams. We don't have any ambulances, and we only have one hospital. We have many killed and injured," he said.

Turkey's Red Crescent said one of its local teams was helping to rescue people from a student residence in Ercis. It said it was sending tents, blankets and food to the region.

More than 20 aftershocks shook the area, further unsettling residents who ran out on the streets when the initial strong quake struck. Television pictures showed rooms shaking and furniture falling to the ground as people ran from one building.

Dozens of emergency workers and locals crawled over a multi-storey building in Van as they searched for any people trapped in side.
Elsewhere, vehicles lay crushed by falling masonry in the street while dazed-looking people wandered past.

Some 50 injured people had been taken to hospital in Van, state-run Anatolian news agency reported, but it did not give details on how serious their injuries were.

The Kandilli Observatory, which initially cited a magnitude of 6.6, said the earthquake struck at 1041 GMT (6:41 a.m. EDT) and was 5 km (3 miles) deep. The U.S. Geological Survey earlier reported that the magnitude was 7.6.

Turkish media said phone lines and electricity had been cut off. The quake's epicentre was at the village of Tabanli, 20 km north of Van city, Kandilli said.

In Hakkari, about 100 km (60 miles) south of Van, a building could be felt swaying for about 10 seconds during the quake but there was no immediate sign of casualties or damage in the town, about two and a half hours drive through the mountains from Van.

Two people were killed and 79 injured in May when an earthquake shook Simav in northwest Turkey.


ETA: DONATION LINKS
All are accredited by the Better Business Bureau
Global Giving
Médecins Sans Frontières/Doctors Without Borders
Unicef - Currently not taking earthquake donations, but that might change soon
WHAT enormous comfort it must give the Occupy Wall Street protesters to know that celebrities feel their pain.

Roseanne Barr, for example. The comedian bleeds for them. Or, rather, would have others bleed; inspired by the protests, she recommended the guillotine for the greediest bankers.

Such a subtle creature, she, and so oppressed to boot! Back in the 1990s, for the final seasons of her sitcom “Roseanne,” she made at least $20 million a year.

She was not the 99 percent.

The rap mogul Russell Simmons and the rapper Kanye West meandered over to Occupy Wall Street’s cradle, Zuccotti Park. By all accounts West was wearing more bling, though Simmons has bigger bucks: his net worth has been estimated as being between $100 million and $340 million. West’s is below that, and he made only $16 million or so last year.

And while that doesn’t disqualify them or Barr or other entertainers from sympathizing with Occupy Wall Street, it does give their public gestures of solidarity a discordant, sometimes specious ring. It also confuses the identity of a protest movement that already has challenges aplenty in the coherence department.

The movement’s “we are the 99 percent” motto expresses ire over not only the unaccountability of huge financial institutions but also income inequality in America and the concentration of so much wealth and privilege in so few hands. Every time a wealthy messenger gloms on, that aspect of the message gets muddled and possibly compromised.

And the glomming has begun. With a slowly growing number of actors and musicians paying well-chronicled visits to Zuccotti Park, the movement is in danger of becoming a sticky fly strip for entertainers who like to flaunt their self-styled populism: a gadfly strip.

Susan Sarandon has been. Michael Moore has been. While both may have been propelled there by genuine anger, they have so much of it, are so famous for it and spread it so widely that their appearances can do the opposite of elevating a demonstration, making it seem merely fashionable and giving naysayers an easier way to roll their eyes.

A guy calling himself Cookie Monster has written what looks to us like the most clear and persuasive explanation for the Occupy movement we've seen anywhere, a copy-and-pastable screed that everyone should send to their crazy aunts and skeptical grandfolks.

Admittedly, we don't know for sure that the following bit of Cookie Monster/#OWS brilliance was penned by a guy. But it turned up in an Onion AV Club comment thread on an article about how some "Muppet insiders" are feeling squeamish about that upcoming new Muppet movie, and to argue the fundamentals of the American economy in such a forum seems awfully boyish, so the evidence is good enough for us.

(The Av Club, remember, is the not made-up Onion site that lavishes serious attention on everything that matters in pop culture, especially Community. And Cookie Monster, remember, is these days a reformed glutton, so who better to school the world on the ways of the 1 percent?)

Anyway, this "Cookie Monster" -- who writes in full-on, dead-perfect, no-article Cookie-ese -- has long been one of the AV Club's best gimmick commenters, but also one of the Internet's most astute and thoughtful writers, period. The AV Club should sign him (?) up immediately, because, seriously, he ranks right up there with Sean O'Neal and Steven Hyden -- the site's sharpest writers.

Anyway, here's a burst of Cookie truth that should be copy-and-pasted everywhere all across the Internet. Today, we are all Cookie Monsters!

(Note: We cleaned up one typo.)

Des Moines, Iowa (CNN) - Herman Cain was the target of a mysterious attack Saturday night when leaflets targeting the Republican presidential frontrunner were left on car windows outside the Iowa Faith and Freedom Coalition's fall banquet in Des Moines.

The leaflets, one of which was left on the car of a reporter, accuse Cain of being “pro-choice” and question his opposition to abortion.

“Herman Cain threw the babies under the bus,” blares the flier, which features a headshot of Cain next to a picture of a tiny aborted fetus.

The leaflet seizes on comments Cain made about abortion on Wednesday during an appearance on CNN.

Comment 1: Well, I guess Cain's been kicked out of the cool clique now.

Comment 2: If the fetus is the only one with the right to decide whether it dies, then why are they looking to criminalize miscarriages and stillbirths?

MONTREAL - Air Canada passengers are breathing a sigh of relief that a day of uncertainty has ended with the blocking of a planned strike by flight attendants just hours before it was set to begin.

The Canadian Union of Public Employees, which represents 6,800 flight attendants, said it cancelled the strike after Labour Minister Lisa Raitt submitted two referrals to the Canada Industrial Relations Board at 2 p.m.

"One of the minister’s letters concerns Section 87 of the Canada Labour Code, dealing with essential services to be maintained in the event of a strike or lockout. The minister’s intervention with the labour board, as it stands, postpones the calling of a strike until the question of essential services has been ruled on," the union said in a statement on its website.

"During all previous discussions and negotiations between Air Canada and its flight attendants, at no time did the employer make a formal request for the maintenance of 'essential services' in the event of a strike."

"The parties cannot resort to their right to strike or lockout until such time as the board disposes of this particular referral," Brazeau said in an interview.