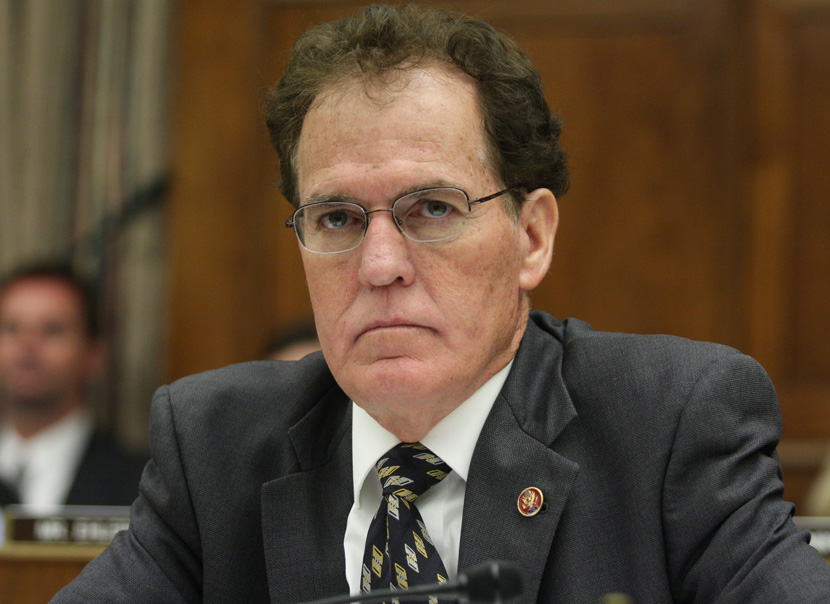 From Gingrey's brief biography on his site: " In the U.S. House of Representatives, Congressman Gingrey is working to improve healthcare for all Americans, protect our nation, create jobs, fight for the life of the unborn and improve education...  [He and his wife]  attend St. Joseph Catholic Church in Marietta."

I couldn't find an appropriate "lul wut" gif, so here's the Pepsi dudes doin' some walking away.  Also, what was it about POTUS' speech that was so walk out-worthy that Gingrey's fellow Repubs haven't expressed on TV, on legislature, on Planned Parenthood, on billboards, on... ok, my brain broke.  Anyway, where was he during those times?  Did he walk out on them, too?  POTUS did something that Gingrey's counterparts have been doing for a while.  Or was Gingrey's walk out really about the omelette being not fluffy enough?

ETA: I forgot the "Buh-bhu-bwa-but MUSLIM!" a bloo bloo. Had POTUS quoted something from the Koran, I think that's what Gingrey wanted to hear from the heart.

THE STORY OF AFRICAN ENSLAVEMENT AND HOW WE GOT HERE

Info Posts are a "safe space" to ask questions you might otherwise be too shy to. Please do not reply to people with "Plz Google" or "educate yourself". Everyone should enter these posts with a learn and teach mindset (in that order). WITH THAT SAID, HOWEVER, please remain mindful of your questions and phrasing, be open-minded, learn, and know when to be quiet. If you are flippant with your ignorance, I will not stop angered members from telling you about yourself. 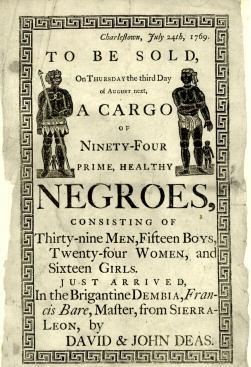 State of Wisconsin clerical worker Gina Bertolini started paying about 6 percent of her $15.48 hourly wage toward her pension in August plus $84 a month for her health coverage.

Many other government employees carrying family health coverage took bigger hits, but overall Bertolini saw an 8 percent reduction in her $32,000 annual pay, about $2,500.

She worried, but took it in stride. Until the holidays.

"I've never been rich, but I always made a nice Christmas dinner for my family," said Bertolini, 59, who has two grown sons and two small grandchildren. "This year I couldn't afford to do the dinner. I did buy everyone a gift, but it was really modest. I didn't decorate. I thought, 'I'm just not going to think about this.'"

Bertolini is just one of tens of thousands of public workers in Wisconsin without union contracts who have faced reduced buying power in the wake of Gov. Scott Walker's landmark legislation — unveiled one year ago this week — to balance the budget by curtailing union collective bargaining and extracting financial concessions from workers.

Private sector workers have lost jobs and suffered pay and benefit cuts in recent years, and many are used to going without pensions, paying into retirement accounts and paying more for health insurance. But the erosion in public worker benefits happened suddenly, prompting massive protests at the Capitol, sparking recall efforts against Walker and lawmakers and transforming the state into a national battleground over the future of unions.

Walker spokesman Cullen Werwie blamed the budgeting practices of previous administrations, and said the higher insurance premiums and pension contributions prevented layoffs while keeping taxes down, cutting state costs at a rate of $308 million a year. Another $65 million in annual savings are expected from higher health care co-pays that started Jan. 1, Werwie said.

"Asking government employees to contribute to a portion of their pension and health care costs, far less than the average person in the private sector pays, helped keep thousands of workers on the job, while thousands of Wisconsinites have seen property tax relief for the first time in years," Werwie said.

"Although it's tough, it's also been tough on the private sector, people who are unemployed now," Fitzgerald said. "Obviously, it's a highly charged issue."

While Republicans say the cuts will improve the business climate by holding down taxes, critics warn cutting so many workers' take-home pay risks harming the economy.

"It's less that they have to spend, and it's in the context of a recession, so it moves Wisconsin away from creating jobs," said Laura Dresser, a labor economist who is associate director of the liberal Center on Wisconsin Strategy at UW-Madison.

Trigger Warning: Rape Culture, it's a satire piece finally saying things as is, but the things said might be triggering because some of you might have heard it said without irony. The worst of the'things said' (belittling the victims) is after the excerpts (when you follow the link)

STATE COLLEGE, PA—As thousands of mourners gathered at Penn State's campus spiritual center Wednesday afternoon to say their farewells to Joe Paterno, former assistant coach Jerry Sandusky took the opportunity to express his "deep, everlasting gratitude" for everything his late mentor had done for him.

"When I think of how much of my life I owe to Joe Paterno, I don't even know where to begin," said Sandusky, who confessed to feeling "overcome" while attending the former football coach's funeral. "I think it's safe to say I wouldn't have been able to lead the life I've led, wouldn't have grown into the man I've become, if it hadn't been for his leadership. I can't even begin to imagine what would have become of me if not for Joe Paterno."

"Truly, he gave me a place where I could reach my full potential—not just as a coach, but as a man," continued Sandusky, his voice cracking. "So many of my accomplishments would not have been possible without him and the unique atmosphere he created at Penn State."

Paterno and Sandusky enjoyed a relationship stretching back almost 50 years, with each helping the other to pursue his passion. Sandusky said that while it was true the two men harbored different dreams, aspirations, and desires, Paterno was careful never to stand in his way. In fact, he affirmed, Paterno's wholehearted attention to the overall success and reputation of Penn State football allowed Sandusky to focus on building his own legacy at Happy Valley, where he was always able to go after what he wanted most.

"How many people honestly get to fulfill their very deepest desires in life?" Sandusky said. "Let alone fulfill those desires over and over again, year in and year out, day after day, for decades? That's the kind of life Joe allowed me to live."

Sandusky added, "I owe it all to the tradition he established at Penn State University."

...read more at The Onion

Anti-abortion activist Randall Terry has been running graphic ads of aborted fetuses in key primary states, as my colleague Tim Murphy has reported. Now the gruesome ads are coming to the Super Bowl.

Nothing says "pass the dip" like a bloody fetus. Normally, Terry wouldn't be able to get these kinds of ads on television. So he's launching a non-serious campaign for president (running as a Democratic challenger to President Obama) in order to exploit a loophole in Federal Communications Commission rules that requires station to run campaign ads in the weeks ahead of a primary election—no matter how grisly they might be. In the 45 days ahead of a primary and 60 days ahead of a general election, candidates for federal office can run whatever they want on local stations, as long as they pay for the airtime.

What's love got to do with it? Not much, especially if you say the words "I love you" in the Menominee language in front of a certain Wisconsin teacher.

Miranda speaks two languages: Menominee and English. She also plays on her basketball team. However, two Thursdays ago she was suspended for one basketball game because she spoke Menominee to a fellow classmate during class.

Miranda attends Sacred Heart Catholic Academy in Shawano, Wisconsin. The school body is over 60 percent American Indian. The school is approximately six miles from the south border of the Menominee Indian Tribe Reservation.

"On January 19 I was told by Miranda she was being benched from playing that night. I found out at 4:20 and we were back at school at 6:30 pm so I could get to the bottom of why she could not play," said Tanaes Washinawatok, Miranda's mother.

At the school, the teachers and coaching staff seemed to want to cast blame on each other, according to Miranda's mother.

"I wanted to talk to the principal, but he was not there before the game started,"

stated Tanaes Washinawatok. Being a persistent concerned parent, Washinawatok was back at the school by 7:30 the next morning to speak to the principal.

The principal told Washinawatok that the assistant coach told him she was told by two teachers to bench Miranda for attitude problems.

The alleged 'attitude problem' turned out to be that Miranda said the Menominee word “posoh” that means “hello” and said “Ketapanen” in Menominee that means "I love you."

Miranda and a fellow classmate were talking to each other when Miranda told her how to say "Hello" and "I love you" in Menominee.

"The teacher went back to where the two were sitting and literally slammed her hand down on the desk and said, "How do I know you are not saying something bad?"

The story did not end there. In the next session, another teacher told Miranda she did not appreciate her getting the other teacher upset because "she is like a daughter to me."

By the time, Miranda was picked up by her mother she was upset for being suspended.

"Miranda knows quite a bit of the Menominee language. We speak it. My mother, Karen Washinawatok, is the director of the Language and Culture Commission of the Menominee Tribe. She has a degree in linguistics from the University of Arizona's College of Education-AILDI American Indian Language Development Institute. She is a former tribal chair and is strong into our culture," states Tanaes Washinawatok.

Washinawatok has had a total of three meetings with school officials and was promised Miranda would receive a public apology, as would the Menominee Tribe, and the apologies would be publically placed.

"On Wednesday, a letter was sent to parents and guardians. A real generic letter of apology, that really did not go into specifics as to why there was this apology," Washinawatok told the Native News Network Thursday evening.

"I still don't think it was enough,"

Sacred Heart Catholic Academy is operated by the Diocese of Green Bay, which ironically has an option on its answering machine for Spanish, but not Menominee. A call put in late Thursday afternoon by the Native News Network was not returned by press time.