How Rick Santorum Ripped Off American Veterans
A controversial land deal by the presidential candidate robbed a vets' home of tens of millions of dollars.

Like any good presidential candidate, Rick Santorum heaps praise on America's soldiers and veterans. He's pledged to "make veterans a high priority" if elected president, adding, "This is not a Republican issue, this is not a Democratic issue, it is an American issue." But as a US senator, Santorum engineered a controversial land deal that robbed the military's top veterans' home of tens of millions of dollars and worsened the deteriorating conditions at the facility.

The Armed Forces Retirement Home, which is run by the Department of Defense, bills itself as the "premier home for military retirees and veterans." The facility sprawls across 272 acres high on a hill in northern Washington, DC, near the Petworth neighborhood. The nearly 600 veterans who now live there enjoy panoramic views of the city—the Washington monument and US Capitol to the south, the Shrine of the Immaculate Conception to the east. At its peak, more than 2,000 veterans of World Wars I and II, the Korean War, and the Vietnam War lived at the Home.

But with the rise of the smaller all-volunteer military, the Home began to run into serious financial problems. It was clear that one of its primary sources of revenue—a 50-cent deduction from the paychecks of active-duty servicemembers—wasn't enough to keep the Home operating fully. In the 1990s, the Home scrambled to find ways to avoid insolvency, trimming its staff by 24 percent and reducing its vet population by 800. Still, the money problems began to show, with its older historic facilities slipping into disrepair and decay. To grapple with its worsening shortfall, officials running the Home eyed a valuable, 49-acre piece of land worth $49 million as a potential financial lifeline.

Under one scenario, by leasing the parcel of land and letting it be developed, the Home could pocket $105 million in income over 35 years for its trust fund, David Lacy, then-chairman of the Home's board of directors, told Congress in 1999. Lacy stressed that the Home wanted to keep the property, and not offload it to a buyer. "Once land is sold," he said, "it is lost forever as an asset."

Enter Sen. Rick Santorum (R-Penn.). At the behest of the Roman Catholic Church, and unbeknownst to the Home, Santorum slipped an amendment into the 1999 National Defense Authorization Act handcuffing how the home could cash in on those 49 acres. The amendment forced the Home to sell—and not lease—the land to its next-door neighbor, the Catholic University of America. Ultimately, the Catholic Church bought 46 acres of the tract for $22 million. The Home lost the land for good, and by its own estimates, pocketed $27 million less than the land's value and $83 million less than what it could've made under the lease plan. Santorum's amendment sparked an outcry from veterans' groups and fellow US senators, who barraged his office with complaints.

( Collapse )
In most reasonably large towns in the United States and Europe, you can find, on some important public square or street, a professional theater. And so, in various quiet neighborhoods in these towns, you can usually also find some rather quiet individuals, the actors who work regularly in that theater, individuals whose daily lives center around lawns and cars and cooking and shopping and occasionally the athletic events of children, but who surprisingly at night put on the robes of kings and wizards, witches and queens, and for their particular community temporarily embody the darkest needs and loftiest hopes of the human species.

The actor’s role in the community is quite unlike anyone else’s. Businessmen, for example, don’t take their clothes off or cry in front of strangers in the course of their work. Actors do.

Contrary to the popular misconception, the actor is not necessarily a specialist in imitating or portraying what he knows about other people. On the contrary, the actor may simply be a person who’s more willing than others to reveal some truths about himself. Interestingly, the actress who, in her own persona, may be gentle, shy, and socially awkward, someone whose hand trembles when pouring a cup of tea for a visiting friend, can convincingly portray an elegant, cruel aristocrat tossing off malicious epigrams in an eighteenth-century chocolate house.

Michael Gove, the education secretary, is at the centre of an escalating row over how faith schools discuss homosexuality in sex education classes.

The TUC has accused Gove of failing in his legal duties by insisting that equality laws, which prohibit discrimination on the grounds of sexual orientation, do not extend to the school curriculum.

The TUC complains that the current situation sends mixed signals to the playground, because schools are legally obliged to condemn discrimination on sexual-orientation grounds but free to use religious materials that equality campaigners claim is homophobic.

Via The United States Holocaust Museum:

Nazi propaganda photo depicts friendship between an "Aryan" and a black woman. The caption states: "The result! A loss of racial pride." Germany, prewar.

This is honestly something that doesn't get talked about. In school, they make it sound like the only group that was set for genocide by the Nazis were Jewish or disabled which alone is horrifying and an atrocity beyond measure, but this attitude is historically erasing the pograms against Black Europeans, the Rromani, and LGBT+ people.

For those interested in the WWII history of African-American ex-patriots and Black Europeans in the Holocaust, scholar Firpo Carr has written a historical overview of the times between 1890 and 1945 called Germany's Black Holocaust, 1890-1945: The Untold Truth! available on Amazon or several university bookstores.

Warnings, Notes, and Disclaimers
SPECIFIC TRIGGER WARNINGS: Racism, disparing racial terms, etc.
IMAGE CONTENT: Black people
NOTES: Sorry about the lack of Info Post last weekend, it was my mom's birthday, I was tired, the Grammy's were on, and the Mass Effect 3 demo was launched early soooo yeah, it wasn't gonna happen.
DISCLAIMER: The N-word is featured in the article in uncensored 6-letter format.

Info Posts are a "safe space" to ask questions you might otherwise be too shy to. Please do not reply to people with "Plz Google" or "educate yourself". Everyone should enter these posts with a learn and teach mindset (in that order). WITH THAT SAID, HOWEVER, please remain mindful of your questions and phrasing, be open-minded, learn, and know when to be quiet. If you are flippant with your ignorance, I will not stop angered members from telling you about yourself. 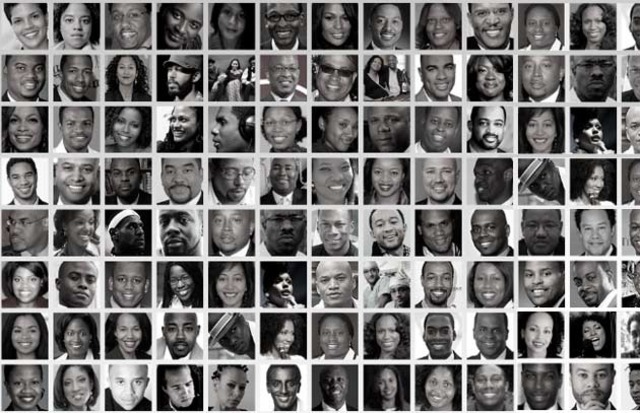 I wish I could spotlight everyone but the character limit prevents that, so please list any additional people that deserve to be spotlighted in the comments!

This week, a Virginia state House committee overwhelmingly approved a bill requiring women to receive an ultrasound before they can have an abortion. Because the majority of abortions happen in the first 12 weeks of pregnancy, many women would have to undergo an invasive procedure “in which a probe is inserted into the vagina, and then moved around until an ultrasound image is produced,” as Dahlia Lithwick explain Noed last week.

CNN contributor and Andrew Breitbart blogger Dana Loesch, however, sees no problem with a law that effectively legalizes state-sponsored rape, saying the procedure is no different than penetration that occurred during consensual intercourse that “resulted in the pregnancy,” as Little Green Footballs reported:

LOESCH: "That’s the big thing that progressives are trying to say, that it’s rape and so on and so forth. [...] There were individuals saying, “Oh what about the Virginia rape? The rapes that, the forced rapes of women who are pregnant?” What? Wait a minute, they had no problem having similar to a trans-vaginal procedure when they engaged in the act that resulted in their pregnancy."

Unfortunately, such a radical view isn’t unique to conservative talking heads like Loesch. According to Lithwick, an unnamed Republican delegate made the same argument in support of the bill, saying women consented to being “vaginally penetrated when they got pregnant.” 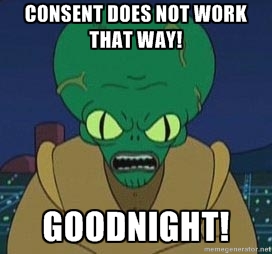