Although Anna Julia Cooper was recently commemorated with a U.S. postage stamp, and her words appear on U.S. passports, too few know about her.

Born into slavery in 1858 to Hannah Stanley Haywood, Cooper entered the first class at St. Augustine’s in Raleigh post-emancipation. She later graduated from Oberlin in 1884 with Mary Church Terrell and Ida Gibbs Hunt and became a renowned teacher and controversial principal at the M Street high school in Washington, D.C., the nation’s largest African American high school. Cooper refused racist textbooks and successfully fought to keep a comprehensive curriculum: she rejected a system in which an entire race of people would be schooled for second-class citizenship. She developed culturally relevant curricula, opposed standardized tests, and believed that education should make the disenfranchised “ready to serve the body politic” by fostering intellectual curiosity, political consciousness and resilience: A “neglected people … must be fitted to make headway in the face of prejudice …”

The passport quote referenced in the article is this:

"The cause of freedom is not the cause of a race or a sect, a party or a class - it is the cause of humankind, the very birthright of humanity."

Though many of those who worked for woman suffrage were content to end their careers as activists when the 19th Amendment was ratified in 1920, Daisy Lampkin just shifted gears and never slowed down. That’s because she saw “Votes for Women” as just one step toward achieving political, economic and social justice for all in a country which still openly practiced and legally sanctioned outrageous forms of bigotry.

Beginning as a homemaker concerned with consumers’ rights, she quickly realized that voteless women of all races would continue to be ignored as long as they lacked political power. So, in 1912, she began having suffrage meetings in her home. She even engaged in the new–and at the time quite bold–tactic of giving street-corner suffrage speeches. As a dedicated member of the Negro Women’s Equal Franchise Federation, she was elected its president in 1915, and headed the organization, which later became the Pittsburgh Lucy Stone League, for 40 years. Her work in Pittsburgh and surrounding Allegheny County must have had an effect, because even though the 1915 Pennsylvania Suffrage Referendum was defeated by more than 55,000 votes statewide, it passed in Allegheny County by a comfortable margin of just over 3,000.

While this is the last post I'll be making specifically about Black History Month, tomorrow begins Women's History Month, and each day there will be a post by me about women's history. This list will include many woc, queer women, trans women, and just women who I think everyone needs to know about in general. I hope everyone enjoys those as much as they have enjoyed these Black Herstory posts :)

Battered and bruised, Mitt Romney is limping toward the GOP nomination

B.C.'s 40,000 teachers have been granted the right to strike by the Labour Relations Board, but the government has introduced legislation that could take away that right and impose a six-month cooling-off period and a mediator to settle the contract dispute.

The rapidly developing situation has left many parents wondering whether they will have to scramble to arrange child care or time off work, as both sides jockey for position in a highly polarized dispute.

The legislation is expected to take to up to a week to pass in the legislature, meaning the teachers could legally exercise their right to strike in the meantime.

The province's Labour Relations Board ruled Tuesday afternoon that teachers can strike for three days in one week as part of their expanded job action, and then one day each subsequent week, though they must give two days notice before striking.

The strike ruling from the board came down just hours before the provincial government introduced its own legislation aimed at ending the dispute.

The legislation introduced by the government would not impose a new contract, but does include a cooling-off period that would end the current job action until Aug. 31, making the teachers' current job action and any future strikes illegal, once it has passed into law.

"We've been working very hard … to dissuade the government from legislating a collective agreement and we felt … that this is the worst possible outcome and yet, Minister Abbott has persisted."

The BCTF is expected to hold a strike vote on Wednesday and Thursday, meaning the earliest possible date for a strike may be next week.

The BCTF will not be allowed to set up picket lines, the board ruled. The board also said it will review its ruling on a weekly basis. The teachers required the board's ruling to strike legally because they have been designated as an essential service by the government.

At a news conference Tuesday afternoon, Lambert was highly critical of the fines in the legislation.

"This act is the height of political cynicism. It's much more of a political act than it is an education act," Lambert said. "The punitive fines for contravention of the act are outrageous and a deliberate attempt to intimidate, bully and bludgeon."

Since September, teachers have been conducting a limited legal job action, which has included refusing to meet with administrators, supervise recess or fill out report cards.

The government legislation would impose a mediator who will report back with non-binding recommendations by June 30. If the parties fail to reach an agreement with the mediator, the government could in separate legislation impose a new contract.

The legislation also extends the current BCTF contract, which expired last June, through the cooling-off period.

Under the terms of the legislation introduced Tuesday afternoon, any settlement will have to meet the government's net-zero mandate, which essentially means the province is not prepared to consider any wage or benefit increases.

Lambert said the government killed the collective bargaining process with the bill.

"This act legislates the net-zero mandate for teachers and that will mean, just in terms of compensation alone, probably a cut of about $1,400 per year per teacher — so on the backs of the profession of teaching is the balancing of this government's budget."

The federation is asking for a 15 per cent wage increase over the three-year contract. They have been without a contract since June 2011.

Meanwhile, frustrated Metro Vancouver students have turned to Facebook in an attempt to organize a walkout on Friday afternoon.

According to postings on the social media site, some students are proposing to leave class an hour early on Friday to meet at the Vancouver Art Gallery for a rally.

Source is the CBC 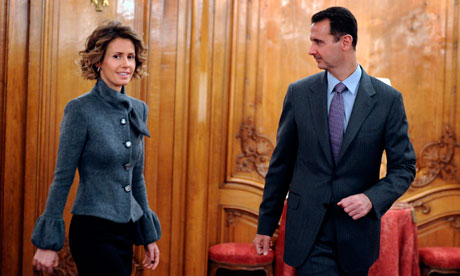 Their glamourous lives earn them fawning spreads in western fashion magazines like Vogue. But at home they inspire dread, with tales of confiscating people's homes and punishing servants with boiling water.
( Collapse )

It has taken 20 long, painful years, but justice has finally been served with the imprisonment of a 65-year-old man who raped a child in 1992.

The ordeal had left the victim, now aged in her 30s, "mentally scarred by the experience" inflicted on her by UK publican Harry Davey, recorder Bernard Gateshill told Leeds Crown Court.

"Your young victim spent 20 years thinking that you had got away with raping her," Mr Gateshill said.

"You have clearly ruined her life.

"The reality is you have escaped justice for 20 years and your victim has had to wait 20 years for an acknowledgement that you wronged her."

For two decades, Davey denied any wrongdoing and forensic tests at the time were inconclusive, Britain's Daily Mail reported.

What finally landed Davey in prison was advances in technology as part of a cold case review, which enabled testing of DNA traces on the girl's clothing.

"The victim . . . had gone to Davey's smallholding in Bradford in 1992 to help a family friend feed pigs. She was allowed to ride horses there, along with other girls," The Mail reported.

"Sophie Drake, prosecuting, said she went to the defendant's house thinking his wife was at home, but Davey was there and his young child was in bed. They were in the living room together when he grabbed her.

"The court heard Davey pushed her on to the sofa, pulled down her jeans and ignored her protests as he raped her."

The then-schoolgirl was spat on, beaten, bullied and forced to move because people claimed she had wrongly accused a married man of rape.

Davey has been jailed for six years and eight months. [not nearly enough time ffs]

Conservative radio host Rush Limbaugh called Sandra Fluke, the Georgetown student whom House Republicans wouldn’t let testify at a contraception hearing last week, a “slut” and a “prostitute” today, because, Limbaugh argued, she’s having “so much sex” she needs other people to pay for it:

While it’s probably not even worth engaging with Limbaugh on the facts, Fluke’s testimony was about a friend who is a lesbian and needed birth control for non-sexual medical reasons, so he’s only wrong about three times over, and offensive many more times over than that.

Later, he feigned a walk-back, saying “OK, she’s not a slut, she’s round-heeled” — a colloquialism for a loose woman.

The anti-women faction of the Republican Party is dominating the discussion in mainstream politics--and the Democrats' response has been to let them.
---

"VIRGINIA IS for lovers," goes the state's tourism motto. But if its right-wing politicians get their way, Virginia will be for turning women into human incubators.

Lawmakers in Virginia and Oklahoma made headlines in February for trying to pass "fetal personhood" laws aimed at outlawing all abortions. But they're by no means alone in their attempts to legislate away abortion rights one procedure and one restriction at a time. The war on women's rights has grown so hysterical this year that the Republican presidential candidates are seriously proposing to restrict contraception--something that 99 percent of women will use in their lifetime.

That's why it's so important the Virginia bill sparked nationwide outrage--including protests by hundreds of women and men surrounding the state Capitol to delay a vote. This shows it's possible to turn back the war on women's rights--not, as mainstream women's groups claim, by voting for the Democrats, but by building an unapologetic fight that defends every woman's right to control her own body.


The United States announced a diplomatic breakthrough with North Korea Wednesday.
Under an agreement reached in direct talks in Beijing last week, North Korea has agreed to allow the return of nuclear inspectors from the International Atomic Energy Agency, and has agreed to implement a moratorium on long-range missile tests, nuclear tests, and nuclear activities at Yongbyon, including uranium enrichment activities, the State Department said. In return, the United States will provide North Korea with a large food aid package.

"To improve the atmosphere for dialogue and demonstrate its commitment to de-nuclearization, the DPRK has agreed to implement a moratorium on long-range missile launches, nuclear tests and nuclear activities at Yongbyon, including uranium enrichment activities," State Department spokeswoman Victoria Nuland said in a press statement Wednesday. "The DPRK has also agreed to the return of IAEA inspectors to verify and monitor the moratorium on uranium enrichment activities at Yongbyon and confirm the disablement of the 5-MW reactor and associated facilities."

Despite the breakthrough, "the United States still has profound concerns regarding North Korean behavior across a wide range of areas," Nuland's statement cautioned. But she added that "today's announcement reflects important, if limited, progress in addressing some of these."

In return, the United States will "move forward with our proposed package of 240,000 metric tons of nutritional assistance along with the intensive monitoring required for the delivery of such assistance," she said.

Remember when the group One Million Moms decided to go up against JC Penny and Ellen DeGeneres and failed miserably? Well this time they’re going after Toys R Us and Archie Comics. Shall we start placing bets?

Archie Comics CEO is awesome. I hope Toys'R'Us is as forward-thinking and intelligent about what they say and do as JCPenny was.
Collapse