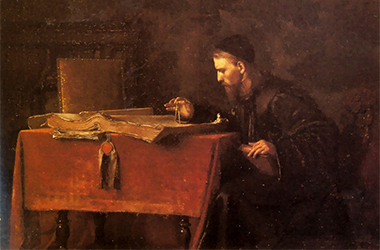 NEWS ORLEANS (Reuters) - The votes are in and it is unanimous: Barack Obama will win re-election to the U.S. presidency in November, according to five astrologers who offered predictions at their convention on Tuesday.

Each of the five astrologers on the presidential panel explained how they came to their assessments, with most relying on studies of celestial charts pertinent to both Obama and presumed Republican nominee Mitt Romney for the date of either the election itself or the next presidential inauguration.

For Chicago astrologist and corporate lawyer Nina Gryphon, it was her study of the Aries ingress - the exact time when the Sun enters the sign of Aries - that clinched the decision. "It's obvious," she said. "Obama stays where he is without a change in status."

Billed as a meeting of the world's top astrologers, the conference in New Orleans drew some 1,500 people who participated in workshops and panel discussions.

Not to be confused with astronomy, the scientific study of the physical universe, astrology uses non-scientific methods to predict how the relative positions of celestial bodies may influence human behavior and future events.

Denver astrologer Chris Brennan said his chart study focused on public profiles of the two presidential candidates, both of whom "are entering into peak periods of eminence in the next few months." But he said there was a key difference: "Obama's peak period stays consistent throughout the election, whereas Romney's seems to falter a few weeks before the election," he said.
Most of the panelists placed a high degree of certainty on their forecast, but a few pointed to potential difficulties Obama may face after his predicted re-election.

"The ingress of Saturn into Scorpio may trouble him," Brennan said. "It won't cost him the election, but it may indicate difficulties in the first half of his second term."
Brennan could not specify the potential problem, but "it pertains to his career and his reputation," he said.

As to the election itself, Brennan raised the possibility of the contested 2000 election being revisited.

"We should all be aware of the Mercury retrograde that will occur on election day," he said, referring to an optical illusion that can make a planet appear to reverse direction temporarily.

"Most astrologers are pretty certain that this could cause problems similar to what happened in the 2000 election," Brennan said, referring to the contested Florida vote that was settled only when the Supreme Court ruled that George W. Bush should be president rather than Al Gore.
The retrograde, Brennan said, "seems to imply that there's something up in the air about the election until sometime later in the month."

"It's possible it won't be finished for Romney until the last week of November," he said.

Two of the panelists participated in a similar session four years ago when the panel also gave a unanimous thumbs-up to Obama. 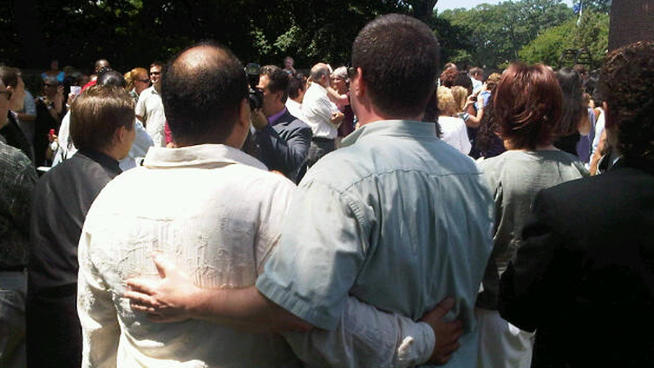 If you are a white girl, a black girl or a black boy, exposure to today's electronic media in the long run tends to make you feel worse about yourself. If you're a white boy, you'll feel better, according to a new study led by an Indiana University professor.

An actress who portrayed the Teletubby Laa-Laa has said the children’s programme did not contain gay undertones.

The show came in for long-running controversy over suggestions it was promoting homosexuality to children. through the purple character of Tinky Winky.

Nikky Smedley, who portrayed Laa-Laa in the show from 1997, said: “When the show was explained to me, I thought it was a work of genius.

“I thought it will be massive. It came from a place of love and engagement for young children.

“It is fantastic that somewhere in the world a child will be looking at Laa-Laa and laughing.”

But of questions over Tinky Winky’s sexuality, she told the Birmingham Mail: “I think it’s embarrassing for the people who said it.

“What kind of person can take the obvious innocence and turn it into something else? We were hardly sexual beings.”

The late US preacher Jerry Falwell prompted a worldwide debate over the sexuality of Tinky Winky in 1999.

He claimed that Tinky Winky must be gay because he was purple and had a triangle on his head; symbols of gay pride. A bag the character carried also prompted questions, perceived as it was to be a women’s accessory. The BBC said: “Tinky Winky is simply a sweet, technological baby with a magic bag.”

In 2007, Polish politician Eva Sowinska said she would ask psychologists to investigate whether the purse-carrying character was gay and promoted homosexuality to children. Her office later dropped the issue.

Calling China a “thief” waiting to break in, and the U.S. a “rather unreliable” ally, Tokyo governor Shintaro Ishihara Tuesday made a new suggestion on Japan’s defense strategy: speed up the development of conventional weapons and space technology.

Taking his signature rhetoric of confrontation one step farther, Mr. Ishihara used an appearance before foreign journalists to make the case that Japan can show off its technological prowess by developing weapons and bringing them to the testing stage in a short period of time. Specifically, Mr. Ishihara noted, Japan has a strong edge in conventional strike missiles and unmanned spacecraft.

“Japan doesn’t have to start manufacturing nuclear weapons. We could still have capabilities for deterrence,” the governor said during his appearance at the Foreign Correspondents’ Club of Japan.

Mr. Ishihara, 79, is a novelist-turned-politician who has been governor of Tokyo since 1999. He has long been known for his combative style and nationalistic views and has often upset officials in cities from Beijing to Washington with inflammatory remarks about bilateral relations. He first burst on the scene during the peak of Japan’s boom era in 1989, Mr. Ishihara co-authored a book titled “The Japan That Can Say No,” touting the superiority of Japan’s business model over America’s.

Oh, look, Ishihara's gone off the rails again. Must be a day ending in "-y."

"Fox and Friends" aired a remarkable four-minute video on its Wednesday show.

The video, which the hosts of the show advertised as taking a "look back" at President Obama's four years in office, could easily be mistaken for a Republican attack ad. It was aired multiple times throughout the show. (UPDATE: Fox News later issued a statement disavowing the ad and blaming it on an associate producer. See the statement below.) 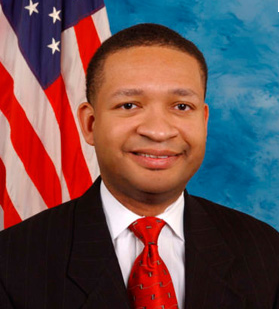 It’s official: Former Democratic Alabama House member and gubernatorial candidate Artur Davis is becoming a Republican and laying the groundwork for a potential political future in Virginia.
“If I were to run, it would be as a Republican,” he wrote on his Web site. “And I am in the process of changing my voter registration from Alabama to Virginia, a development which likely does represent a closing of one chapter and perhaps the opening of another.”

Davis added that he has been approached about running for a House seat in Northern Virginia in 2014 or 2016 or the Virginia state legislature in 2015. As [The Washington Post blog] The Fix reported earlier this month, he could run against Rep. Gerry Connolly (D).

“I welcome this development,” Connolly said of the possibility on MSNBC last Friday. “The fact that they feel they need to recruit a former Democrat from Alabama who does not yet live in our district is a very welcome development, and I look forward to debating him.”

Since losing the 2010 gubernatorial primary in Alabama by a wide margin, the moderate Davis has become a critic of his own party and broken with Democrats on a number of high-profile issues, including voter ID laws.

The Republican Party, Davis said in his statement, “is fighting the drift in this country in a way that comes closest to my way of thinking: wearing a Democratic label no longer matches what I know about my country and its possibilities.” The Alabama Democratic Party in particular, he says, “has weakened and lost faith with more and more Alabamians every year.”

Disturbing footage of what appears to be a young child's choral performance is going viral in the blogosphere.

The congregation in the church, which has been identified as the Apostolic Truth Tabernacle Church in Greensburg, Ind., gives a standing ovation after the child sings, "I know the Bible’s right, somebody’s wrong...ain't no homos gonna make it to heaven."

A number of high profile lesbian, gay, bisexual and transgender (LGBT) bloggers and allies have re-posted the video, including Towleroad and Joe. My. God. All have noted that the child was undoubtedly coached by adults for his performance.

"Interview with a Vampire" author Anne Rice also posted the video to her Facebook page, noting, "In this country, Christians can teach toddlers to hate and to persecute, and we, through the automatic tax exemption for churches, foot the bill."

OPPOSITION Leader Tony Abbott bolted from Parliament as former Labor MP Craig Thomson voted with the Coalition so it could continue debating the federal budget.

The extraordinary scene, captured on television cameras, came as the Government moved to "gag" shadow treasurer Joe Hockey, who was addressing a suspension motion regarding the Commonwealth debt ceiling.

TL;DR - Abbott runs out of parliament because he didn't want to vote with an MP who is currently being investigated for some shady stuff.

Source has a video.

Former News of the World Editor Andy Coulson is currently being held at Govan Police Station in Glasgow.

Coulson who also worked as David Cameron's Director of Communications is being questioned by Strathclyde Police as part of a perjury investigation following the trial of Tommy Sheridan. 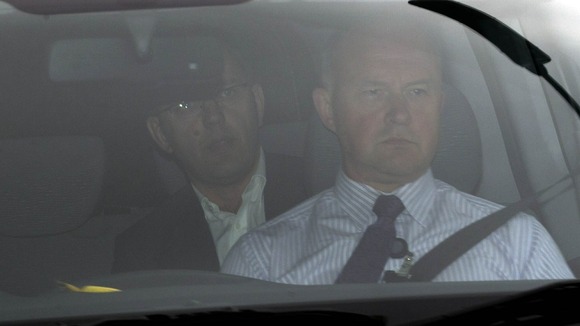 Coulson, 44, was detained this morning

The 44-year-old was detained by officers from Strathclyde Police (7 of them. At 6.30 this morning) who travelled to London on Wednesday. Coulson was then driven to Govan Police Station in Glasgow, where he remains tonight. In Scottish law 'detained' means he will be questioned and then could later be released or arrested.

I just find this hilarious. The fall out from the hacking scandal is literally never ending, and Tommy Sheridan is going to be SO SMUG.
source