The de-funding of Healthy Communities is not the first time a conservative Queensland government has refused to fund a gay AIDS organisation – but last time it was an order of Catholic nuns who came to the rescue.

John Ebert, 60, and John Stafford, 70, have been together for 42 years and helped set up the AIDS Council in the 1980s that Nationals premier Joh Bjelke-Petersen refused to fund.

Instead, their funding came in the form of brown paper bags smuggled under nuns’ habits after the Sisters of Mercy stepped in to help gay men suffering from HIV/AIDS.

The couple felt they had completed an almost bizarre circle since then with Liberal National Party Health Minister Lawrence Springborg announcing last month the entire $2.6 million in funding would be pulled from the only organisation dedicated to raising awareness and preventing HIV/AIDS in the gay community – Healthy Communities.

THERE should be a word for the smug feeling you get when a piece of independent research confirms your own long-held prejudices.

I experienced this emotion this week when reading about a research paper that concluded that people who eat organic food are more likely to be judgmental about their fellow (wo)man.

Which meant that, finally, I was free to judge them.

When I set out to make a documentary about black women who are “transitioning” — cutting off their chemically straightened hair and embracing their natural kinky afro texture — I had no intention of appearing in the film. I felt I was an objective observer and really just wanted to highlight a growing movement. (Of the 50 or so women I struck up conversations with randomly on the street, the vast majority had gone natural within the last three years. According to one industry study, sales of chemical straightening kits, which can be harmful, reportedly dropped by 17 percent between 2006 and 2011.) But including my own story forced me to examine how I felt about my hair with more honesty than ever before.

Source has a video that is really worth a watch - it's the main reason I wanted to post this actually. 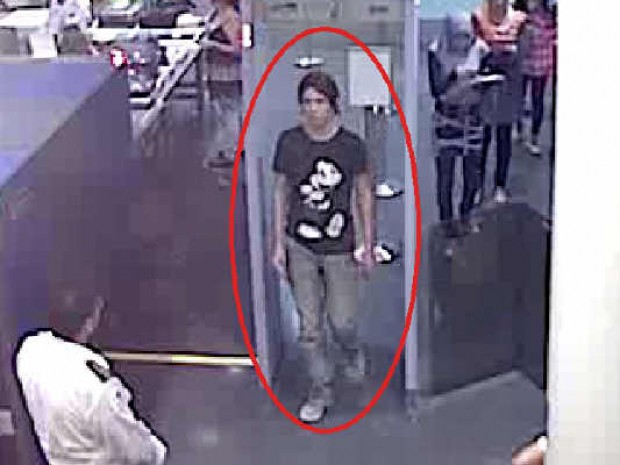 Magnotta is wanted by Montreal authorities on first-degree murder and other charges, including threatening Canadian politicians.

He is suspected of killing Jun Lin – a 33-year-old Chinese university student with whom he had a relationship – filming the attack and mailing the victim's dismembered body parts to Canadian political parties.

"As far as I know he was arrested alone, and there was no struggle," Riedlich said.

Magnotta is being held at the Berlin prison and is expected to be brought in front of a judge on Tuesday.

Magnotta, dubbed the "Butcher of Montreal" by European media, was spotted in Paris on the weekend, at a local café and in a hotel.

ETA: Article at the source has been updated with more information since I submitted the post.

Shortly after Chinese troops stormed into Tiananmen Square on June 4, 1989, the then-mayor of Beijing gave a lengthy report that, for 23 years, has formed the bedrock of the Communist Party’s justification for the use of lethal force against unarmed protesters. Describing street demonstrations by millions of people in Beijing and other cities as a Western-backed conspiracy orchestrated by a “tiny handful of people,” Chen Xitong’s report hailed the crackdown as “correct” and unavoidable.

Now 81, battling cancer and fighting to salvage his reputation after a corruption conviction, Chen wants to come clean. In a book of interviews released Friday in Hong Kong, the Chinese capital’s former mayor and onetime Politburo member declared that the bloodshed was “of course a tragedy that could have been avoided and should have been avoided. . . . Nobody should have died if it had been handled properly.”

In a series of eight conversations with Yao Jianfu, a retired government researcher, Chen insisted that he played no role in composing his June 1989 report to the Standing Committee of the National People’s Congress and had merely read out — “without changing a single punctuation mark” — a script prepared for him by unnamed “Party center” officials. “I couldn’t not read it,” he said.

Chen’s efforts to distance himself from his earlier hard-line stance highlights how — more than two decades after a massacre that has been scrubbed from public discourse inside China — the 1989 bloodshed continues to haunt the ruling party.

The gulf between public rhetoric and private reality also adds to pressure on the party to “rehabilitate” a student-led protest movement that is still officially classified as a “counterrevolutionary rebellion.” The Tiananmen protests, which spread to scores of cities across China, were animated largely by public rage at official corruption and unaccountability, ills that have since only grown worse.

Over Memorial Day weekend, a Florida man (who was profoundly disturbed) stripped off all of his clothes, pounced on a sleeping homeless man and spent 18 minutes trying to eat his face completely off.

Then on Tuesday, May 29, Cracked.com, a (sort of) popular comedy website that publishes silly, informative list articles (garnished with dick jokes), had one of its best traffic days of all time.

I'm not just bringing up two random stories. These two seemingly disparate things are directly related, and I'm going to explain to you how.

Even if you disagree with every one of Mitt Romney’s policies, there’s a chance he’s still the best candidate to lift the economy in 2013.

That’s not because he has business experience. His work in private equity surely taught him important lessons, but his agenda is indistinguishable from that of career politician Paul Ryan. Nor is it because he’s demonstrated some special knowledge of what it takes to create jobs. Job growth in Massachusetts was notably slow under Romney’s tenure. It’s because if Romney is elected, Republicans won’t choose to crash the economy in 2013.

OP: Of course, what isn't stated here is that a Romney administration in the hands of a full blown GOP House and Senate would also send our country, morally and socially speaking, back to the Dark Ages. Our country is *already* filled with theocrats, misogynists, bigots, luddites, and homophobes, nearly all of whom are Republican. Putting them into complete power would be a disaster for our country, to say the least.

Jay Townsend, campaign spokesman for Rep. Nan Hayworth (R-N.Y.), has resigned after writing a Facebook comment calling for supporters to "hurl some acid at those female democratic Senators who won’t abide the mandates they want to impose on the private sector."

A statement from Hayworth's campaign was posted online. "Jay Townsend has offered, and I have accepted, his resignation from his position with my campaign," it read. "Now let’s return to talking about issues that really matter to families: job creation, spending restraint and economic development."

Don't let the door hitcha where the good Lord splitcha.

South Korea's government is chiding the North for a specific threat made by its military against some of the media in Seoul.

South Korean reports say it is unprecedented for North Korea to publicly speak of map coordinates for specific targets.

This came in an “open ultimatum” by the general command staff of the (North) Korean People's Army.

The broadcast says the military has already targeted for punishment specific South Korean media outlets which it names. The announcer says such “fools, idiots and blockheads” will face retribution for criticizing the celebrations in the North.

One television channel in Seoul had compared the ceremonies to those of the Hitler Youth of Nazi-era Germany.

Conditions at Pelican Bay State Prison have allegedly deteriorated so badly that the inmates held two hunger strikes to raise awareness. Most of the named plaintiffs in the second amended class action say they participated in the strikes.

Their terms of solitary confinement have lasted between 11 and 28 years, according to the complaint in the Northern District of California.

The Center for Constitutional Rights, which represents the class, says prisoners in California's security housing units (SHU) spend "twenty-two-and-a-half to 24 hours every day in a cramped, concrete, windowless cell."