The Office of the U.N. High Commissioner for Human Rights has accepted a claim against South Korea filed by a New Zealand woman who was employed as an English teacher in the country. The case challenges mandatory HIV testing for many foreigners working in South Korea.

Those who come to South Korea to teach English - and engage in some other occupations - are required to have criminal background checks and tests for illegal drugs and the HIV virus.

South Korean nationals in equivalent jobs are not required to submit to such scrutiny.

Lord Coe said draconian rules are in place to protect corporate sponsors who have paid a fortune to be associated with the spectacle.


Olympic fans have been warned they could be turned away from the Games if they arrive wearing the wrong brand of clothing.

Organiser Lord Coe said draconian rules are in place to protect corporate sponsors who have paid a fortune to be associated with the spectacle.

Supporters who innocently turn up at sporting events in Pepsi T-shirts, for example, are likely to be turned away because the logos would upset Coca Cola.

And those in Nike trainers face a ban because Adidas are backing the Games.

In a fractious radio interview, Lord Coe was asked if a fan in a Pepsi shirt would be allowed in.

He replied sternly: “No.

OP: So you've paid a fortune for the ticket queued for hours and when you get there you can't get in because you don't 'look right'. Interestingly at a Guns N'Roses gig in the UK recently a fan had to go in bare-chested because security insisted he take a t-shirt with Slash on it off. Maybe that's where they got the idea?

A Colorado teenager who survived the mass shooting at a midnight screening of "The Dark Knight Rises" in Aurora this morning helped keep a young mother, her young child and her 4-month-old infant safe even though he was injured himself.

Jarell Brooks, 19, has been released from Denver General Hospital and is now recovering at home after he suffered a gunshot wound to the leg after James Holmes, once a Ph.D. candidate at the University of Colorado, allegedly set off smoke bombs and opened fire on the unsuspecting audience, killing 12 people and injuring at least 50 in the attack. He was quickly apprehended by authorities.

Brooks said that when Holmes started shooting everyone scrambled for the exits. While trying to get out of the theater, he saw a woman, later identified as Patricia Legarreta, struggling to get herself and her two children out. He said he crawled on top of Legarreta in an attempt to push her and the kids out the door but then couldn't get out himself.

Brooks told ABC News that even though he's recovering at home, he is still shaken by the attack.

"At the end of the aisle, I ran into a woman. She yelled, 'My kids!' and I saw she had two young kids with her," he told ABC News. "I made sure they got in the aisle and pushed behind her to make sure she got out of there."

"We fell together," Brooks said. "I picked myself back up and continued to the back exit door, on one leg."

Legarreta was at the movies with her fiance and their two young children that night when she was shot. Her infant son was on the floor but wasn't hit.

"I was thinking, I have to get this family out, without getting hit myself. I managed to do one," Brooks told ABC News.

Legarreta was hit with buckshot and released from the hospital Friday morning. She is now recovering at home, where she spoke with ABC News and confirmed what happened -- that when she stood up to move her daughter, she was shot, and Brooks hit the ground with her.

She said that she remembered yelling, "I got hit," and Brooks screaming in pain.

The young mother said that after the shooting stopped she didn't really know what happened but was relieved to know that there were young men like Brooks in the world.

Research study says UK citizens of Pakistani and Bangladeshi heritage rate "being British" as key to their identity.
---

It's a surprising statement that demands an explanation. In a study released in late June, the Institute for Social and Economic Research asked 40,000 households a series of questions, including how important, on a scale of one to ten, being British was to them.

The report's authors believe the results disprove suggestions that ethnic groups are unable to integrate into British society.

The Understanding Society survey shows how "Britishness" has been successfully promoted as an open identity that is multi-cultural and multi-ethnic. But it also raises a worrying question.
( Collapse )

My reaction to this article:

The ACLU of Arizona has released thousands of emails it says prove that SB 1070, Arizona’s controversial immigration law, was racially motivated. According to a report by the Arizona Republic, the emails, acquired through a public records request, are to and from the author of SB 1070, recalled Arizona Senate President Russell Pearce (R). The documents may help the ACLU to convince a federal judge to prevent the “show me your papers” section of SB 1070 from going into effect.
Key excerpts from the over 10,000 pages of emails include: 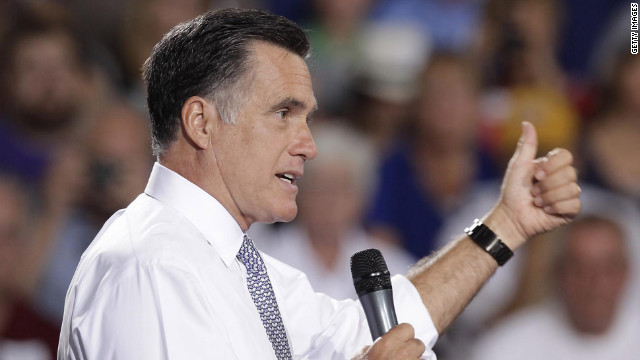 (CNN) -- In the past week, there has been a spate of news stories about the level of Mitt Romney's involvement in Bain Capital in the years when he ran the organizing committee for the Salt Lake City Olympics. What is this controversy all about?

Romney contends that he ceased actively managing Bain in February 1999 when he joined the Olympics organization. As a candidate for president, he filed a Public Financial Disclosure Report with the federal Government Ethics Office stating that "Mr. Romney retired from Bain Capital on February 11, 1999, to head the Salt Lake Organizing Committee. Since February 11, 1999, Mr. Romney has not had any active role with any Bain Capital entity and has not been involved in the operations of any Bain Capital entity in any way."

As we learned last week, documents filed with the Securities and Exchange Commission contradict this statement.

Some of these documents were Schedule 13D reports, required to be filed pursuant to the Williams Act whenever any person or group acquires 5% or more of the stock of any public company. The purpose of such reports is to notify the securities markets of a possible change in control of a public company.

Do you want to see where this country is headed?  If so, don't focus on the few areas that are still very prosperous.  New York City has Wall Street, Washington D.C. has the federal government and Silicon Valley has Google and Facebook. Those are the exceptions.( Collapse )

Michael Bloomberg, the mayor of New York, has called on Barack Obama and Mitt Romney to address gun control in the wake of the killings of 12 people at a Colorado theater.

Bloomberg criticised the presidential candidates for offering sympathy for the victims but avoiding the thorny political issue of America's loose gun laws. He said in a radio interview that "soothing words are nice" but not enough.

"Maybe it's time the two people who want to be president of the United States stand up and tell us what they're going to do about it, because this is obviously a problem across the country. And everybody always says: Isn't it tragic?" he said.

OP: Hmm would they come out and talk more about it were there not a presidential campaign on?
Collapse