Boobs, blunders, clangers – whatever you call them, Romney likes to drop them. And he's really outdone himself in London

From criticising the biggest sporting event Britain has held in over 40 years, to "looking out of the backside of 10 Downing Street", Mitt Romney's first foreign trip of his presidential candidacy hasn't gone quite as well as he might have hoped. As the former Massachusetts governor continues to gaffe his way across London, here's a round-up of Romney's red-facers. So far.

From dodgy anthems to queasy presidents, we take a look at 10 of the most memorable diplomatic gaffes...

The error triggered a walkout by the deeply offended North Korean women’s football team – on the very first day of London 2012 events.

The hapless producer who made the video of the wrong flag stirred up seven decades of hatred between the countries.

But the mistake follows a rich tradition of diplomatic gaffes.

From dodgy anthems to queasy presidents, we take a look at 10 of the most memorable...

Source which has video etc: http://www.mirror.co.uk/news/uk-news/north-korea-flag-mix-up-and-the-top-1173120

OP: To be fair it was really only the right-wing press that made an issue out of Obama giving Brown DVDs. Got plenty of time to watch them now though, eh? Every cloud and all that.

I was 11 years old and a fanatical sports fan. I could stay glued to the TV and radio for hours on end, rooting for my hometown teams. The pinnacle sporting event was the Olympics, providing not only a panoply of world-class athletics, but a once-in-four-year opportunity to root for my “special Jewish home team”: Israel.

Wouldn't It Be Crazy If We Had Footage Of Romney Denouncing His Own Pro-Life Agenda?

"I will be a pro-life president." -Mitt Romney in an October 2007 address to the Family Research Council's Values Voter Summit.

Romney's past seems pretty OK. It's his deep, dark right-now that freaks me out.

Court documents filed today by the defense team of the alleged Colorado shooter reveal for the first time that James Holmes was seeing a psychiatrist.

The documents also confirm news stories that on Monday, Aurora Police seized a package sent by Holmes to Dr. Lynne Fenton, a psychiatrist and assistant professor at the University of Colorado Denver.

"The materials contained in that package include communications from Mr. Holmes to Dr. Fenton that Mr. Holmes asserts are privileged," the defense team writes.

The defense claims that because the existence of this package and what was in it have been leaked to the media, it puts Holmes' "rights to due process and a fair trial by an impartial jury in serious jeopardy."

As Mark wrote, Fox News, The Wall Street Journal, CBS News, NBC and CNN reported that the package contained a notebook with drawings depicting the massacre.

The defense is arguing that under Colorado law, the notebook is part of his communication with his psychiatrist, therefore it cannot be used in his trial without his permission.

The prosecution filed a separate motion saying that the defense's argument is not based on fact.

"To put it bluntly, the People are extremely dubious of the media assertions that 'law enforcement sources' exist," the prosecution writes.

After all the reports showed up in the media, Arapahoe County (Colo.) District Court Judge William Sylvester reminded all parties that they are under a gag order and are to "refrain from disseminating information that presents a danger to the fairness of a trial in this matter ... and are prohibited from disseminating any information or material that appears to possibly be privileged or that defendant alleges is privileged, until issues of privilege can be fully litigated." 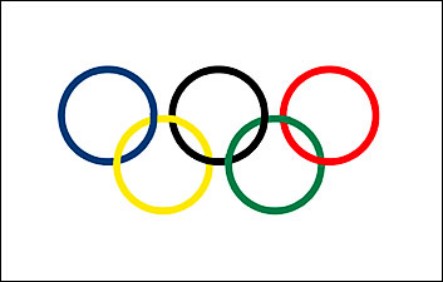 For all your Olympic discussion needs

"Employee told former co-worker of plans to kill his boss; Over 20 guns and 400 rounds of ammunition found."

CROFTON, Md. (WJLA) - Authorities in Prince George's and Anne Arundel counties have foiled what they believe would have been a mass shooting by a man who was about to be fired from his job, police sources tell ABC 7 News.

Law enforcement sources tell ABC 7's Brad Bell that the suspect, Neil Trescott, was arrested in Crofton on Thursday night. According to officials, the man was facing termination from his job at Pitney Bowes, the document, mailing and shipping company.

“I’m a joker and I’m gonna load my guns and blow everybody up,” he allegedly said, according to documents.

He was also wearing a T-Shirt that said: "Guns don't kill people. I do."

Investigators say a search of Trescott's home turned up more than 20 guns, including assault rifles and handguns, and thousands of rounds of ammunition.

Law enforcement sources say the suspect allegedly called a former co-worker and threatened that he wanted to shoot his former boss. He allegedly made threats twice.

The threats were made on multiple times on separate phone calls, police say. Trescott even acknowledged that it wasn’t a good idea to say these things but said them anyway, police say.

Another law enforcement source says the suspect was prepared to act on his threat. Pitney Bowes' Maryland offices are located in Lanham.

A law enforcement source told ABC 7 that they believe the foiled shooting "could have been another Aurora," making reference to the mass shooting that happened last Friday in suburban Denver.

On July 20, a man shot more than 70 people inside an Aurora, Colo. movie theater during a midnight screening of The Dark Knight Rises. The accused shooter, James Holmes, will be formally charged in connection with the shooting next week.

Jeff Bezos, the billionaire founder of Amazon.com, and his wife, MacKenzie, have agreed to donate $2.5 million to help pass a same-sex marriage referendum in Washington State, instantly becoming among the largest financial backers of gay marriage rights in the country.

With the gift, the couple have doubled the money available to the proponents of Referendum 74, which would legalize same-sex marriage in the state by affirming a law that passed the Legislature this year. Courts or lawmakers have declared gay marriage legal in six other states, but backers of such measures have never succeeded at the ballot box.

Proponents of the effort in Washington State called it a game-changing gift that gives them a fighting chance in November.

Source - Michael D. Shear at the NYT.
Jennifer Carroll, Lieutenant Governor of the state of Florida, has apologised for saying black women who “look like [her]” don’t have lesbian relationships.

Ms Carroll has been part of a scandal after a former colleague, Carletha Cole, claimed she walked in on a sexual encounter between the lieutenant governor and her travel aide, Beatriz Ramos.

Ms Cole was fired from her job in Ms Carroll’s office last October after allegations that she passed illegal tape recordings of conversations to a reporter.

Responding to allegations of the lesbian affair, Ms Carroll had said: “The problem is that when you have these accusations that come out, it’s not just one person you’re attacking.

“The accuser is the one that’s been single for a long time. So usually black women that look like me don’t engage in relationships like that.”( Collapse )