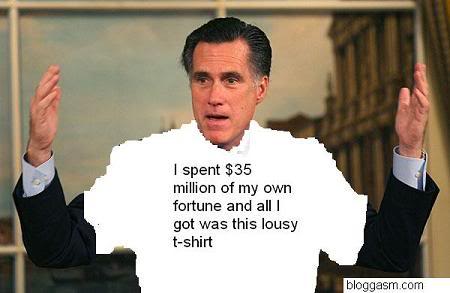 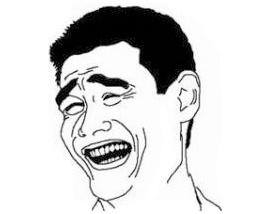 Mittens, can you and your wife just stop embarrassing yourselves, please?  Your privilege is showing.  I'm sure you've had your hard times too and I'm all for not comparing who's had it hardest, but clearly... you cannot even begin to relate with the majority of the people you are looking to lead.  Off-shore accounts?  Shell companies?  I'm sorry that your primary source income came from stocks.  I'm sorry that you're able to afford your wife staying at home and that she can afford to stay home.

Global demand for advanced degree holders, combined with U.S. immigration policies, is causing America to lose some of the world’s brightest minds.

After funding their studies and awarding them degrees, America forces some 50,000 highly educated foreign-born workers out of the country each year. This is because of stringent caps on temporary and permanent employment visas that were put in place 45 years ago, in the case of the temporary visas, and 20 years ago, in the case of the permanent visas. These policies need to be brought into the 21st century if America is to remain competitive. 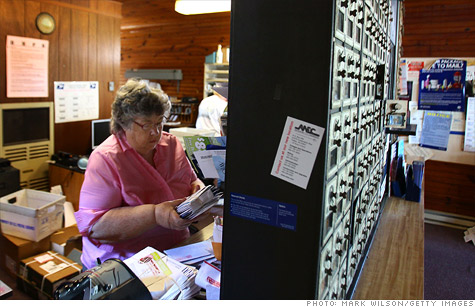 The U.S. Postal Service will default on Wednesday on a $5.5 billion payment owed to the federal government, unless Congress acts.

WASHINGTON (CNNMoney) -- Without last-minute help from Congress, the U.S. Postal Service is likely to default on a big bill due Wednesday to the federal government -- $5.5 billion to prepay health care benefits for retirees.

During my recent trip to Israel, I had suggested that the choices a society makes about its culture play a role in creating prosperity, and that the significant disparity between Israeli and Palestinian living standards was powerfully influenced by it. In some quarters, that comment became the subject of controversy.

But what exactly accounts for prosperity if not culture? In the case of the United States, it is a particular kind of culture that has made us the greatest economic power in the history of the earth. Many significant features come to mind: our work ethic, our appreciation for education, our willingness to take risks, our commitment to honor and oath, our family orientation, our devotion to a purpose greater than ourselves, our patriotism. But one feature of our culture that propels the American economy stands out above all others: ~*~*~*~freedom~*~*~*~. The American economy is fueled by freedom. Free people and their free enterprises are what drive our economic vitality.
( Collapse )

shut up shut up shut uuuuuuuuuuppppppppp
A House Republican lawmaker likened the implementation of a new mandate that insurers offer coverage for contraceptive services to Pearl Harbor and the Sept. 11, 2001 attacks against the United States.

Pennsylvania Rep. Mike Kelly (R), an ardent opponent of abortion rights, said that today's date would live in infamy alongside those two other historic occasions. Wednesday marked the day on which a controversial new requirement by the Department of Health and Human Services, which requires health insurance companies to cover contraceptive services for women, goes into effect.

"I know in your mind you can think of times when America was attacked. One is December 7th, that's Pearl Harbor day. The other is September 11th, and that's the day of the terrorist attack," Kelly said at a press conference on Capitol Hill. "I want you to remember August the 1st, 2012, the attack on our religious freedom. That is a day that will live in infamy, along with those other dates."

Today is a big day for birth control. Under President Obama's health care reforms private insurance companies have to start providing contraception for free on August 1. That means no more co-pays for birth control.

But while the law goes into effect, only a tiny fraction of the 97 million American women between the ages of 18 and 64 will be able to snag any co-pay free contraception today.


Boris Johnson dangles 20ft in the air after getting stuck on a zip-wire while celebrating Team GB's first Olympic gold Link to this video.

Boris Johnson continued to make his presence felt at the 2012 Olympic Games, dangling 20ft in the air after getting stuck while taking part in a zip-wire act.

For those who thought they had a breather from the mayor of London's voice following the decision to ditch his message to tube and bus users to plan their journeys to avoid transport hell, they only needed to look up to see the unmistakable figure of Johnson hanging wistfully in the air.

He took to the zip wire in Victoria Park, east London, close to the Olympic Park, with safety helmet firmly on and a union flag in each hand following Team GB's first gold medal victory. But he was left hanging for several minutes as he lost momentum and got stuck over a crowd of people.

I do wish people would stop suggesting this muppet has potential as a future Prime Minister. I know we have a 'unique' sense of humour but come on. Look at him.

Ryan Manseau, the senior director of Pride Fest, told WBZ-TV he was handing out fliers at the Pheasant Lane Mall recently to promote his event and noticed a man who appeared to be a Chick-Fil-A manager holding one.

The chain has a restaurant in the mall and its CEO’s opposition to gay marriage started a national furor last month.

Manseau said he approached the man, bracing for a verbal confrontation. He turned out to be the franchise operator, Anthony Piccola, who agreed to help sponsor the event and to serve Chick-Fil-A sandwiches there.

“Chick-fil-A at Pheasant Lane Mall has gay employees and serves gay customers with honor, dignity and respect,” a NH Pride Fest statement quoted Piccola as saying. “We also don’t discriminate in giving back to the Nashua community, donating to a wide variety of causes. I would challenge people to come have a conversation with me before they make assumptions or boycott my restaurant.”

Piccola said in a statement to WBZ-TV that he is dedicated to supporting the local community and gives to a wide variety of causes in area.

“The Chick-fil-A culture and service tradition in our restaurants is to treat every person with honor, dignity and respect –regardless of their belief, race, creed, sexual orientation or gender,” Piccola’s statement read.

The New Hampshire Pride Fest is scheduled from noon to 5 p.m on Saturday, August 11 at Veterans Memorial Park in Manchester
Collapse