Last fall, the FBI included Juggalos in their National Gang Assessment for 2011 (PDF). On pages 22 and 23, the FBI lists them under "non-traditional gangs," calling them "a loosely-organized hybrid gang." Some of the criminal activities carried out by ICP fans appear in this section, along with a photo of a Juggalo with a gun that the FBI took from the ATF (trigger warning for descriptions of violence).

At first, the inclusion of Juggalos in the FBI's list was mocked by Spencer Ackerman at Wired, who observed "The FBI has recently had difficulty distinguishing ordinary American Muslims from terrorists; now it appears it has a similar problem distinguishing teenage fads from criminal conspiracies." As recently as Thursday, the Village Voice posted that people thought the FBI report was an example of "another example of a federal agency looking foolish for its cultural ineptitude." That was until the U.S. Marshal Service issued a press release listing the fugitives added to New Mexico's Most Wanted.

Mark Anthony Carslon A.K.A. Mark Carlton is wanted on two felony warrants for failing to comply with the terms of probation both on underlying armed robbery cases. Carlson is a member of the Insane Clown Posse “Juggalo” gang. The “Juggalos” were recently classified as a gang by the Albuquerque Police Department Gang unit and it is believed that Carlson is still actively committing armed robberies in the Albuquerque Metro area.

Does CNN still count as a legitimate news source?

Edit: The AP confirmed it.

Trying to compete with the Olympic Closing Ceremonies for press coverage? How unamerican

US Embassy Reykjavik Iceland
We decorated the embassy this morning and are now ready for tomorrows Gay Pride Festival. Hope to see you all in the parade.


Meet Representative Paul Ryan. He has a Twitter, (and a shiny new VP Twitter) so you know he's all up on the social networking. 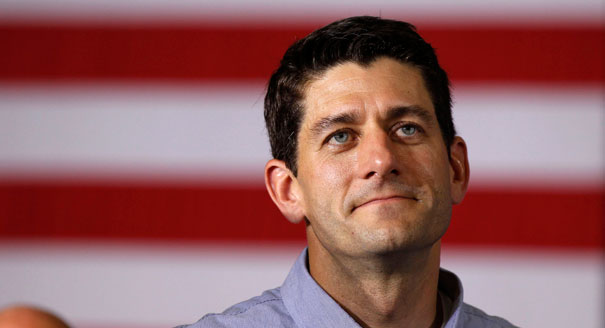 At least 180 people are now dead and 1,350 persons are now injured following two massive earthquakes which hit Northwestern Iran today. A deputy Interior Ministry official told a local news agency that emergency personnel were being deployed to the affected areas. The USGS earlier reported that a 6.3 magnitude quake was followed by a 6.4 quake amd several aftershocks hit with the latest aftershock taking place moments ago measuring 4.7 on the Richter scale.

Thousands fled their homes and remained outdoors as at least 20 aftershocks hit the area. Casualty numbers could well rise, Iranian officials feared, as some of the injured are in a critical condition, others are still trapped under the rubble and rescuers have yet to reach some of the affected villages.

Iran is straddled by major fault lines and has suffered several devastating earthquakes in recent years, including a 6.6 magnitude quake in 2003 which turned the southeastern historic city of Bam into dust and killed more than 25,000 people.

The second quake struck near the town of Varzaghan. "The quake was so intense that people poured into the streets through fear," Fars news agency said of the town.

About 210 people in Varzaghan and Ahar have been rescued from under the rubble of collapsed buildings, the official IRNA news agency said, quoting a local official.

OP: That's on the subject of drugs, not that Peter Hitchens is on drugs of course. But its an example of the Daily Fail's attitude towards drugs as well as the joy of seeing Peter Hitchens recoil at Russell Brand's stated desire to give him a big kiss.

Put out the bunting, crack open the beers, stand there in the kitchen smiling from ear to ear, because he's home – our student son is home and the family is together again. And after supper, after the washing up is done, the others – his younger siblings – drift off to watch television, and he says: "Would you like to see my tattoo?"

But still I wait. Any minute he's going to laugh and say, "You should see your faces" because this has been a running joke for years, this idea of getting a tattoo – the hard man act, iron muscles, shaved head, Jason Statham, Ross Kemp. He's a clever boy. Maybe during his school years he thought a tattoo would balance the geeky glory of academic achievement.

His father says, "Where?"

"On my arm," he says, and touches his bicep through his shirt.

In the silence, he says, "I didn't think you'd be this upset."

"It's just a tattoo," he says, when the silence goes on so long that we have nearly fallen over the edge of it into a pit of black nothingness. "It's not as if I came home and said I'd got someone pregnant."

It seems to me, unhinged by shock, that this might have been the better option.

More than 1,100 unregistered migrants were arrested and another 4,900 brought in for questioning by police on Saturday in the context of a sweep operation code-named "Xenios Zeus" in the wider Athens area, the Attica Police General Directorate (GADA) announced on Sunday.
Of those arrested, 1,130 did not meeting the legal conditions for residency in Greece, while 52 house searches were also conducted.
A police announcement noted that the police checks would continue daily.

Dendias said that the operation would "take back" Athens and not allow a return to its previous condition (Eurokinissi)
Indeed, the operation is set to continue in central Athens on Monday in the environs of Omonoia Square, Monastiraki, Vathys Square and the Pedion tou Areos park vicinity.
( Collapse )
source

Greek police released this video of a sweep operation in the early morning hours at Larissis Railway Station in Athens: