(CNN) -- The most important decision Mitt Romney has made in his campaign so far, the selection of Wisconsin Rep. Paul Ryan for his running mate, tells us two things -- and neither bears good news for the middle class.

First, Romney has fully and unequivocally embraced the extreme Ryan budget plan. Earlier this year, he called it "marvelous" -- now he's made it his own. The Romney-Ryan plan would throw seniors under the bus and undermine their health security by ending Medicare as we know it. It would increase health care costs for seniors, including those on fixed income, by thousands of dollars a year.

The extreme plan proposed by this year's Republican ticket would bring huge tax breaks to millionaires, paid for by tax hikes on the middle class, and massive cuts to investments that strengthen the middle class -- priorities like education, health care, energy and scientific and medical research. Whether you are a college student trying to pay for school, a veteran worried about your health benefits, or a senior worried about retirement security, the Romney-Ryan plan is bad news. It would have devastating real-world effects on people young and old across the country.

Romney and Ryan have put ideology ahead of what's right. They refuse to increase taxes on the wealthiest Americans under any circumstance -- not another dime, ever. Unlike the Bowles-Simpson deficit reduction plan or the president's balanced plan to reduce the deficit that include asking everyone to pay their fair share, the Romney-Ryan budget would reduce the deficit on the backs of seniors and the middle class.

Even the U.S. Conference of Bishops admonished the Romney-Ryan plan. So did a group of nuns who recently traveled by bus across the country with the message that our budget is not just our country's fiscal map, it is our moral one. They rightly pointed out that, as it says in Corinthians, "If one part suffers, every part suffers with it, if one part is honored, every part rejoices with it."

On the political front, Ryan's selection is yet another sign that Romney is running to the far right and is the most extreme conservative candidate we have had in generations. The embrace of an ideologue like Paul Ryan may appeal to the Republican Party's Tea Party base, but it will completely alienate independent voters, especially in battleground states.

Seniors in Ohio and Florida have every reason to worry what a Romney-Ryan administration would do to them when Medicare is handed over to private insurance companies and Social Security is subject to the whims of Wall Street. Voters should also consider that, even as our nation faces threats of terrorism and remains at war, for the first time in modern presidential history the Republican ticket lacks any national security credentials. It's no coincidence, then, that its views on national security are dangerous and ill-considered.

Any voter wondering about our leaders' values should consider what they do in the room when the tough decisions are on the table. While President Obama was in the Oval Office, making the toughest calls any president has had to make -- how to save the economy from depression, rescue the American auto industry, bring affordable health care to millions of Americans or take out Osama bin Laden -- Paul Ryan was in a different room.

He was sitting side-by-side with fellow House Republican ideologues John Boehner and Eric Cantor as they risked the full faith and credit of the United States, regardless of what it would mean for the middle class, jobs and women's rights.

If there ever was a question about what this election is about, today's announcement answers it. Throughout this campaign, Mitt Romney has lacked a clear vision. Now he's embraced a radical ideologue with a dangerous one. This election is absolutely a choice between two visions for our country's future. Mitt Romney and Paul Ryan have solidified their roles as rubber stamps for the reckless and failed economic theories of the past.

All the shade being thrown at Paul Ryan already is giving me life. 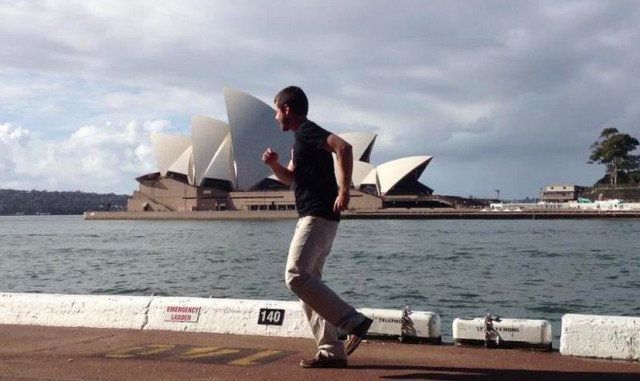 "I was thinking of trying to get a job in video game design. I had been applying for internships -- and if that didn't work out, I was going to get an apartment with a friend and spend the whole summer coding," the 22-year-old forensics major told the Huffington Post.

But on a whim, just days before his summer holiday was due to begin, Daniel (who didn't want his full name revealed) said he came up with an idea that would change everything.

This summer, Daniel said, he was determined to do something dramatically different -- something meaningful and perhaps even a little profound.

Inspired by the travels of two Reddit users who had taken a jet-setting adventure across the United States in 2009, Daniel decided that he would spend his summer traveling around the world helping strangers in whatever way he could.

And like the two Reddit voyagers who had paved the way before him, Daniel took to the social news site to spread the word.

I want to have a Reddit-powered epic summer adventure. As a result of having a family member employed by a large airline, I have the ability to travel non-rev status (if there’s empty seats and no one ahead of me in line), paying only departure taxes. I’d rather not disclose the specific airline, in case I get into shenanigans that might reflect on them.

Want me to hand deliver a letter to someone across the country or overseas? Attempt to help you with homework? Volunteer at your organization for a day? Need an extra pair of hands to do that landscaping project you’ve been putting off for months? Know a sweet hiking spot but have no one to go with?

"I realized that being able to fly for pretty cheap is a pretty big privilege, so I wanted to use it to the best of my abilities," he said. "Sure, I could've gone to Cancun or Ibiza and partied all summer, but I thought I'd be more productive and would really accomplish something if I helped people along the way."

Never, however, could he have imagined the response he would receive.
( Collapse )

[there's a slideshow at the end of the
source]

Sunday Feel-Good Story. It's been interesting to see the reaction to this story: people want and need permission to be kind. Sorry if this is too First World! 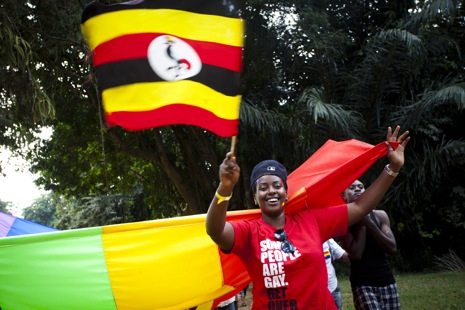 Gay and Proud in Uganda

“Can you imagine that the worst place in the world to be gay is having Gay Pride?” Kasha Jacqueline Nabagesera asked a crowd of cheering gay men, lesbians, transgendered men and women, and queers somewhere in between. It was Saturday afternoon, and we were on the shores of the giant, cloudy Lake Victoria in the Ugandan city of Entebbe, where L.G.B.T. activists had decided to stage the country’s first Pride Parade. Nabagesera, a lesbian activist covered, for the occasion, in glitter and neon spray paint, with homemade angel wings, was being half-sarcastic. A barrage of media coverage has painted the country as a hell for gays—a place where they are suffering and being attacked constantly—and, despite the need to combat such threats, L.G.B.T. Ugandans were tired of hearing a story that ignored their nuanced experiences of both joy and hardship. But Nabagesera was also sincerely pleased: a crowd of nearly a hundred people had come out, fears of arrest notwithstanding, to celebrate their existence. The air was thick with confetti, paint fumes, and anticipation.

I’ve spent a couple of months this year working on a story about gay rights here, as an Alicia Patterson Foundation fellow, and was surprised to see that the narrative had made yet another unexpected turn. Though activists are in the middle of a lawsuit they filed against ethics and integrity minister Simon Lokodo, who has been on a zealous effort to shut down all gay-advocacy workshops and non-profits allied with L.G.B.T. activists, spirits were high to the point that a Pride event was not just wanted, but needed. Uganda’s Pride was a weekend-long event, made up of film screenings, a fashion show in drag, and all-night (and into the morning) parties. Two hundred and fifty tickets had been sold, though, as a vivacious trans woman named Cleo told me, fifty-some people showed up on Thursday and Friday, because many were still wary about gathering in large groups. “We couldn’t have done this kind of thing two years ago, and for those that were here back then, they almost can’t believe things are safer and better now,” Cleo said. The first two days went off without a hitch, and more people, predictably, showed up for the evening bacchanals.