Amid intensifying Israeli news reports saying that Prime Minister Benjamin Netanyahu is close to ordering a military strike against Iran’s nuclear program, his deputy foreign minister called Sunday for an international declaration that the diplomatic effort to halt Tehran’s enrichment of uranium is dead.

Referring to the Iran negotiations led by the five permanent members of the United Nations Security Council plus Germany, the minister, Danny Ayalon, told Israel Radio that those nations should “declare today that the talks have failed.” After such a declaration, if Iran does not halt its nuclear program, “it will be clear that all options are on the table,” Mr. Ayalon said, not only for Israel, but also for the United States and NATO.

Asked how long the Iranians should be given to cease all nuclear activity, Mr. Ayalon said “weeks, and not more than that.”

The comments came after a frenzy of newspaper articles and television reports over the weekend here suggesting that Mr. Netanyahu had all but made the decision to attack Iran unilaterally this fall. The reports contained little new information, but the tone was significantly sharper than it had been in recent weeks, with many of Israel’s leading columnists predicting a strike despite the opposition of the Obama administration and many military and security professionals within Israel. Articles in Sunday’s newspapers also examined home-front preparedness for what experts expect would be an aggressive response not just from Iran but also its allies, the militant groups Hezbollah and Hamas.

sauce. israeli _p people, what's the vibe like domestically? this article feels really fucking bleak, but then it's the new york times and i don't actually trust that their foreign section isn't being used as propaganda when israel and iran are concerned.

The number of disability hate crimes reported to police has reached a record high, sparking concerns that the Coalition's "anti-scrounger" rhetoric is fuelling hostility to the most vulnerable members of society. A total of 1,942 disability hate crimes were recorded by police forces in England, Wales and Northern Ireland last year.

That figure, based on Freedom of Information answers supplied by 43 of 44 forces, represents a 14 per cent rise on 2010. Disability hate crime has doubled since the start of the financial crisis in 2008. Despite the rise, the number of people convicted for the crime actually fell last year. Only 523 people were found guilty of a disability hate crime in 2011, The Independent has discovered, down 5 per cent from 2010. It suggests that barely one in four reported crimes leads to a conviction – a ratio that got worse last year.

Charities expressed grave concern at the rise in reported incidents. Guy Parckar, head of policy and campaigns at Leonard Cheshire Disability, said: "The impact of hate crime simply cannot be overestimated, and these figures suggest that police authorities and local and central government must all look again at what they are doing to tackle disability hate crime."

While the Association of Chief Police Officers says the rise in cases can be explained in part by efforts to encourage more victims to come forward, many disability groups fear the figures reflect society's growing antipathy towards the disabled community.

"There are historical parallels," warns Katharine Quarmby, the author of Scapegoat: Why We Are Failing Disabled People, who has grown alarmed by the levels of "benefit scrounger" abuse aimed at disabled people. "If you have a group that is blamed for economic downturn, terrible things can happen to them."

Last year the Glasgow Media Trust found the public believed between 50 and 70 per cent of those on disability benefits were fraudulent. The actual number is likely to be between 1 and 2 per cent. The same report found that there has been a tripling in the use of words such as "scrounger", "cheat" and "skiver" in tabloid stories on disability in the past five years. 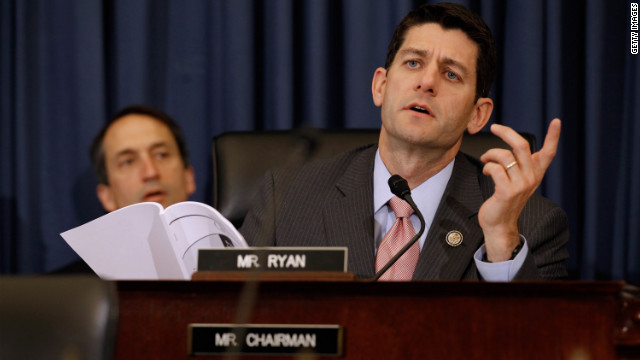 (CNN) -- Elections are ultimately about trust. And trust may be the only kind of currency that Mitt Romney is running low on lately. After a brutal couple of months defending the outsourcing of American jobs by his private equity firm, Bain Capital, and his mysterious tax returns, Romney took another body blow when an independent report revealed that his tax plan would grant himself and his wealthy friends a big tax cut while raising taxes on 95% of Americans.

The new boss of Barclays sparked fury yesterday by suggesting the banking crisis was customers’ fault – as they want free accounts.

The comments will come as a blow to the ordinary families who have been stung by the payment ­protection racket and sky-high overdraft fees.

Sir David, 72, said mis-selling dodgy interest rate swap deals to small companies and other revelations which have outraged the public were simply “the consequence of not charging for bank accounts”.

He added: “Because banks are not charging, it drives them inexorably into this sort of position.”

OP: Yep. All you greedy sods who wanted free banking who didn't gamble on derivatives that NOBODY understood the meaning of, that didn't want huge bonuses for making a bad situation immesurably worse and who didn't nearly bring down the whole capitalist system with your ego and hubris, its all YOUR fault.

Canadians in lower income groups report poorer health than their wealthier counterparts, a poll for the Canadian Medical Association suggests.

The group's annual report card is being released today at its meeting in Yellowknife.

The gap in self-reported health status between income groups seems to be growing, with 39 per cent of those whose households earned less than $30,000 a year describing their health as excellent or very good compared with 68 per cent of those earning $60,000 or more.

"When it comes to the well-being of Canadians, the old saying that wealth equals health continues to ring true," Dr. John Haggie, president of the CMA, said in a release.

"What is particularly worrisome for Canada's doctors is that in a nation as prosperous as Canada, the gap between the 'haves' and 'have nots' appears to be widening."

Those with the lowest incomes were also more likely to report being diagnosed with a chronic condition, 41 per cent, than those with household incomes of $60,000 or more, 28 per cent.

Education also appeared to have an impact.

Canadians earning less than $30,000 a year and have less than a high school education were more likely to describe their health as fair or poor, 16 per cent, compared with those earning $60,000 or more, six per cent, and those with a university degree or higher, seven per cent.

The eating habits of Canadians earning $30,000 or less were more likely to be described as "OK" or "not very healthy," 33 per cent, than those earning the most, 23 per cent.

About half of those surveyed, 45 per cent, said there is too much to know about healthy eating.

In terms of eating habits, those earning the least were much less likely to say they ate five servings of fruits and vegetables every day or often, 50 per cent, compared with 66 per cent among those earning the most.

The same was true for physical activity levels and income: 52 per cent versus 57 per cent.
More than one in five Canadians, 22 per cent, said they'd delayed or cancelled a dentist appointment because of financial concerns.

Between July 25 and July 30, Ipsos Reid surveyed a nationally representative sample of 1,200 Canadian adults by telephone. The margin of error was plus or minus 2.8 percentage points, 19 times out of 20.

The CMA's annual meeting ends on Wednesday.
Updated at 2:40 p.m. ET: "Multiple" people, including an undetermined number of police officers, were shot when a gunman opened fire Monday near the campus of Texas A&M University in College Station, police and university officials said.

The gunman was in custody, College Station police said.

Few details were immediately available. A College Station police spokeswoman told The Dallas Morning News that there were multiple injuries" at the scene, "including officers."

Campus officials issued an alert to faculty and students for an "active shooter" two blocks southeast of the university, which houses the library of former President George W. Bush.

A former LJ/current Tumblr friend of mine goes there. Waiting to hear back from her. :/ CNN and MSNBC are not talking about it. Maybe they did earlier when I wasn't watching? Idk.

ETA: She hasn't contacted me yet, but she's probably fine. I was just worried b/c I thought it happened ON campus and I know she's been working in the bookstore.

A 22-year-old man who reported he was the victim of an alleged hate crime in Missoula during the early morning hours of August 5 has admitted he made the story up. “It has now been determined that the assault did not occur,” Missoula Police Lieutenant Scott Brodie said in an August 7 statement.

That same day, Joseph Baken, of Billings, pleaded guilty in Missoula Municipal Court to misdemeanor filing of a false report to law enforcement.

The Tuesday afternoon confession came after the Missoula Independent and law enforcement obtained video showing the alleged victim doing a backflip on Higgins Avenue before landing on his face and sustaining lacerations.

The young man reported to the MPD two days earlier that he was celebrating his birthday at a Main Street bar and, after inquiring about where he could find a gay club, was lured outside and beaten up by three men.

Within 24 hours, the Facebook page Wipe Out Homophobia, which has more than 480,000 “likes,” posted a picture of a clearly injured Baken. It drew outrage from across the nation from people decrying homophobic violence. In Missoula, 560 people signed up to attend a pub crawl that aimed to support victims of such violence and make the city safer.

That kind of support for LGBT people is a good thing, says Montana Human Rights Network organizer Jamee Greer. “The city of Missoula should be proud of the way it responded.”

Police obtained two different videos that captured Baken’s failed backflip, one of which was provided by the Independent. The videos show an uninjured Baken at 2:30 in the morning—one hour after he told law enforcement that he had been assaulted. Before launching from the Higgins Avenue curb, he said, “For Olympic gold.”