WORRIED jail bosses have banned inmates fromreading a self-help book – because of fears they will start playing mind games with warders.

Officials stopped prisoners from getting their hands on The Power Of Persuasion, which gives readers tips on how to influence others.

Scottish Prison Service chiefs withheld the book after an inmate had a copy posted to him at high-security Shotts Prison.

The Lanarkshire jail holds some of the country’s most notorious criminals, including rapists and murderers.

The publication claims to reveal the secrets of successful persuasion. Its author also exposes tactics used by politicians and salesmen and says he can help readers resist their charm.

Shotts wardens intercepted a copy after becoming concerned that prisoners could use the book’s tricks against them.

One insider said: “An inmate had the book removed from his personal belongings. The wardens had a look at it and decided that the guy could use it to manipulate them into giving him what he wanted.

“They also didn’t want the book being passed round the rest of the prison so he was told it was on a list of banned books.

“Shotts keeps heavy-duty prisoners and many of them wouldn’t miss a chance to take advantage of wardens.

“But you’ve still got to laugh. It’s a bit embarrassing to admit that a prisoner could gain the upper-hand on them by simply reading a book.”

Paedophiles have been prohibited from having some books and magazines with images of children.

But in 2010 the Sunday Mail revealed that sex offenders at Peterhead Prison, Aberdeenshire, had access to slasher films with explicit sex scenes.

They also had magazines with X-rated images of women.

A Hawkins man is claiming his civil rights and religious freedom were violated earlier this year when a black man sacked his groceries and a Big Sandy grocery store owner banned the customer from the business.

According to the lawsuit filed in U.S. District Court in Tyler, Thomas entered the market on March 5 to buy food.

He stated in a nine-page, hand-written lawsuit that he told the grocery sacker, a black man, “Wait a minute, don’t touch my groceries. I can’t have someone negroidal touch my food. It’s against my creed.”

Newsflash, ladies: you need to stop jabbering on about this so-called "gender wage gap" thingamajig. You're not being discriminated against; the totally inconsequential pay difference is, if anything, your fault for working less hours and being kinda flakey! Are you on your period or something? Calm down!

A power struggle on the Louisiana Supreme Court is headed to federal court this week.

Lawyers are seeking to reopen an old voting rights case that gave the Deep South state its first black Supreme Court justice. What's at stake in the racially charged fight is whether Louisiana will now have its first African-American chief justice.

Johnson thought she was next in line on the seven-member panel to be chief justice, based on seniority. But some of her colleagues say that's not the case.

There's a reason that nothing's happening to improve gun safety in America despite the mass shootings that now occur so regularly: No one in power is scared of the gun control movement.

Go ahead, if you want, and knock on all the doors in the Rayburn House building on Capitol Hill and ask what the political repercussions are for inaction on gun control. (People will laugh.) Then ask what the consequences are of acting in defiance of the National Rifle Association.

The N.R.A. has an estimated yearly budget of $220 million, and spent $64.5 million over the last decade to influence federal elections, targeting wayward legislators for defeat and providing an implicit threat to others that they mean business.

The leading gun control group, the Brady Campaign to Prevent Gun Violence, spent $3.1 million in 2010, the most recent year for which they have an annual report online. Its spending over the last decade on federal elections? Just over half a million dollars, according to the Center for Responsive Politics.

Know what’s not the reason nothing is happening on gun control? Public opinion.

Americans support an assault weapons ban by 57-42, according to a new CNN poll. Yes, polls like this can't provide an accurate measure of passion—the likelihood that respondents will actually go out and cast their votes based on this particular issue. And it is generally assumed that the people who say they oppose gun control are more likely to vote on the basis of that issue than the people who support it.

But there's this, too: Most members of the N.R.A. itself support straightforward gun safety measures that are adamantly opposed by the organization’s leadership and funders, indicating, as The New Republic’s Amy Sullivan suggests, that N.R.A. members are more positively disposed at the moment toward gun safety regulation than Congress is.

Conclusion: The gun control movement, such as it is, is doing something very wrong.

For ideas on how to improve their effectiveness, gun control advocates could do worse than to study the playbook of the most effective liberal policy initiative in recent years: the movement to legalize same-sex marriage.( Collapse )

Source includes a lot of links that I didn't include here because lol I I knew I would find a way to screw up the html. 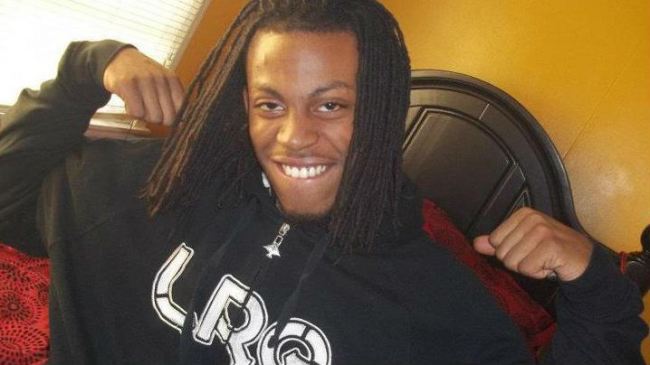 The Arkansas police department investigating the mysterious death of Chavis Carter, who suffered a fatal gunshot wound to the head while handcuffed in the back of a police car, has released a video recreation of what it believes could have happened the night Carter was killed.

Now that Mitt Romney has chosen Wisconsin Rep. Paul Ryan as his running mate, Ryan's long history as a culture warrior is getting a fresh look. Women's groups have already honed in on his extreme anti-abortion record, which consistently has earned him a 100 percent voting approval rating from the National Right to Life Committee.

What isn't so well known about Ryan's record, though, is that one piece of legislation he supported is so extreme that it would have turned Romney's children into criminals.

The Sanctity of Human Life Act, which Ryan co-sponsored, would have enshrined the notion that life begins at fertilization in federal law, thus criminalizing in vitro fertilization—the process of creating an embryo outside of a woman's womb. In IVF, doctors typically create multiple embryos and then only implant the healthiest ones in the woman. Some of them stick and become babies, and some don't. The embryos that don't make it to the womb are either frozen for later use or destroyed. The Sanctity of Human Life Act, if passed, would make all those embryos "people" in the legal sense, so if they aren't used or don't become babies after being implanted, they would essentially become murder victims under the law.

Linda Bloodworth Thomason Directing Marriage-Equality Doc 'Bridegroom'
The film, which is being fast-tracked for a fall release, raised a record $384,376 in financing on Kickstarter.

Having set a fund-raising record on Kickstarter, Linda Bloodworth Thomason is moving forward with Bridegroom, an independent documentary about marriage equality that she is producing and directing with hopes of having the finished film in theaters before the November elections.

Bloodworth Thomason, the creator of Designing Women, turned to crowd-funding website Kickstarter to raise financing for the film based on Shane Bitney Crone’s YouTube video, “It Could Happen to You.” In just four weeks, the project received 6,508 pledges, totaling $384,376, a record for a film project on Kickstarter.

In the YouTube video, Crone told of his six-year relationship with Tom Bridegroom. The California couple was planning to marry once same-sex marriage becomes legal in the state, but on May 11, 2011, Bridegroom died after an accidental fall from his rooftop. Bridegroom’s family, which disapproved of his homosexuality, claimed his body and refused to allow Crone to attend the funeral and burial. On the anniversary of Bridegroom’s death, Crone posted a video, telling their story and promoting marriage equality. The video received more than 3 million views after it was promoted by supporters including George Takei, Neil Patrick Harris and Sarah Gilbert.

Bloodworth Thomason, who had once met the couple at a gay wedding in Palm Springs, saw the video and contacted Crone about expanding it into a documentary. “The prejudice and bigotry that Shane and Tom experienced was not unlike what I witnessed in 1986 when my mother died of transfused AIDS,” she explained of her interest in the project.

Crone is producing the film with Bloodworth Thomason, who is interviewing family and friends of the couple and is planning to shoot in their home towns of Kalispell, Mont., and Knox, Ind. “We hope and expect to complete the film by the end of September,” Bloodworth Thomason said. “As the debate about marriage equality becomes more strident, we would like to have Bridegroom out before the election.”

Article: 'Bridegroom': A Tragic Love Story Is Greenlighted for the Big Screen