Leading figure of Hungarian anti-Semitic party discovers he is Jewish, his mother was an Auschwitz survivor and his father a veteran of forced labour camps

A leading member of a Hungarian anti-Semitic party, notorious for his provocative comments about Jews has discovered that he is a Jew himself.

Ultra nationalist Csanad Szegedi of the far-right Jobbik Party had accused Jews of ‘buying up’ the country, railed about the ‘Jewishness’ of the political elite and claimed Jews were desecrating national symbols.

That was until it was revealed that his grandmother was a survivor of Auschwitz death camp and his grandfather was a forced labour camp veteran.

I mean, what else is there to really say? But damn, all I can think is that life imitates art:

Wednesday’s shooting at the Family Research Council was a tragedy, and the wounded security guard and others who put themselves in harm’s way to overpower the shooter are indeed heroes. But how conservatives have responded in the shooting’s wake is incredibly disconcerting, an attempt to appropriate a tragedy to cover up the harm caused by their anti-gay views. As FRC readies its “Religious Liberty Under Fire” campaign, the National Organization for Marriage’s Brian Brown has offered the most flagrant response, claiming that the use of the term “hate group” is an invitation to violence:

BROWN: NOM has always condemned all violence and vilification connected to our ongoing national debate about the meaning and definition of marriage. For too long national gay rights groups have intentionally marginalized and ostracized pro-marriage groups and individuals by labeling them as ‘hateful’ and ‘bigoted’ — such harmful and dangerous labels deserve no place in our civil society and NOM renews its call today for gay rights groups and the Southern Poverty Law Center to withdraw such incendiary rhetoric from a debate that involves millions of good Americans.

This distortion of reality demands an understanding of the different ways the word “hate” is used. First, it’s important to point out that yesterday’s shooting should be investigated as a possible hate crime. The Family Research Council is a political organization — not a religious one — but it does couch its beliefs in religion. Religion does not justify the anti-gay positions the group has, nor does its extreme interpretation of Christianity in anyway represent what most Christians believe. If the shooter merely objected to FRC’s anti-gay political beliefs, then it probably was not a hate crime, but if the shooter was specifically targeting FRC for being a Christian or heterosexual organization, then it very well could be. FRC claims to oppose all hate crime laws because they “undermine the freedom of speech,” but any argument (like NOM’s) that uses the shooting to victimize all anti-gay Christians relies on the very same principles at the foundation of hate crime laws.

The Southern Poverty Law Center defines “hate groups” as those organizations whose beliefs or practices “attack or malign an entire class of people, typically for their immutable characteristics.” Groups like FRC do just that, spreading lies to the public about the supposed harms of homosexuality and lobbying against LGBT equality. In fact, members of FRC have publicly supported “criminal sanctions” against people just for being gay. By advocating for hetero-supremacy in society, groups like FRC own the identity of “bigot” through their outspoken intolerance and the classification of “hate group” through their actions.( Collapse )

UPDATE: The Southern Poverty Law Center has issued a statement responding the accusations that they somehow contributed to this shooting

Over the past four years, Bruce Marks has been on a traveling road show to help people avoid foreclosure. His nonprofit, the Neighborhood Assistance Corporation of America, has held more than 80 events in cities around the country. So far, Marks says, NACA has helped 202,000 people get their payments lowered so they can afford to keep their homes.

"The banks now reach out to their borrowers, to their customers, to come to the NACA Save the Dream events so they're doing that because it makes business sense for them," Marks says.

He says he has figured out how to get this broken system to work better. In each city, he rents out a big convention center. All the big banks — Wells Fargo, Bank of America, JPMorgan Chase — send teams of people, sometimes several hundred bank employees altogether. They can approve loan modifications on the spot for homeowners who show up and qualify.
( Collapse )

It's interesting that one not-for-profit could figure out how to get these loans re-written when the banks seem unable to do so. This should be happening everywhere there are foreclosures, but I guess that would mean the banks would have to rent the space and help people on their own which might cost a few bucks.

Apparently, it's far better for the banks to have empty homes, neighborhood deterioration, and people without places to live than to really embrace lowering interest rates so people can keep their houses.

I caused a minor stir on the internet when I announced last week that I was giving up blogging.

Over the past five years I, along with thousands of other bloggers, have played a small part in holding the mainstream media and politicians to account.

I’ve tried to encourage public authorities to be more transparent and open about what they do, and often caused them a few headaches when they’ve refused.

So you might think I would be a cheerleader for WikiLeaks boss Julian Assange and his self-styled mission to expose what goes on at the heart of government.

At least 18 bodies were seen lying bloody and motionless on the ground after local police opened fire on striking miners, a South African news agency reports. Some of the protesters were allegedly armed with machetes and spears. The incident is believed to have occurred after police, in the process of laying down barricades of barbed wire, were outflanked by a crowd of 3,000 demonstrators.

Nine people had been killed prior to Thursday’s clashes in a spate of protest in the mining town, located northwest of Johannesburg. The platinum mine, owned by Lonmin PLC, has been the focal point of protests over wage disputes since last Friday.  Fighting intensified over the weekend when two police officers were killed. Striking workers and local security guards have also been caught up in the violence.

Some 3,000 police massed in the area on Wednesday, some wearing riot gear and supported by helicopters. Demonstrators were reinforced on Thursday by a group of women pledging to stand by their husbands in their demand for increased wages.

Lonmin announced that the disruption means the company is unlikely to meet its 2012 production targets.  Shares in the company have tumbled 6 percent following Thursday’s violence, bringing total losses since the outset of the strike to 13 percent.

A man paralysed from the neck down has lost his High Court case to allow doctors to end his life without fear of prosecution.

Tony Nicklinson, 58, from Melksham, Wiltshire, communicates by blinking and has described his life as a "living nightmare" since a stroke in 2005.

Mr Nicklinson said he would appeal against the decision.

The case went further than previous challenges to the law in England and Wales on assisted suicide and murder.

Another man, known only as Martin, who is 47, also lost his case to end his life with medical help.

OP: This is nothing short of heartbreaking. The pro-lifers can say what they like but they're not actually suffering it are they? He's had practically everything else taken from him, so why not afford him his choice. 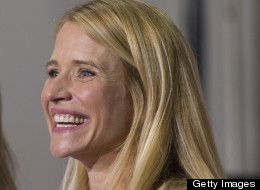 WASHINGTON -- Janna Ryan was introduced to America on Saturday as a stay-at-home mom who has raised three children while her husband, Rep. Paul Ryan (R-Wis.), built a career in Washington.

But the wife of Mitt Romney's vice presidential pick spent a decade in Washington herself, first as a congressional aide and then as a corporate lobbyist, whose clients included the cigar industry, a logging company, drug-makers, the health insurance industry and a nuclear power plant.

There's a video at the end of the article at the source, about Paul Ryan talking about Ayn Rand.

PHOENIX, Aug 15 (Reuters) - Arizona Republican Governor Jan Brewer, in yet another clash with the White House, issued an order on Wednesday barring undocumented immigrants who qualify for temporary legal status in the United States from receiving any state or local public benefits.

Televangelist Pat Robertson on Thursday cautioned his viewers to think twice before adopting disadvantaged children that had been sexually abused or deprived of food because they could grow up “weird.”


Dear gods. Fuck him so hard. At least his co-host was in the right. And wait - this just registered - on the video, the woman writing in says the guys would be okay with the kids if they came with 'child support'. God's teeth.

As much as I enjoy ontd_political, all the heavy, serious, and downright infuriating topics that appear here for the most part can get a person down. So, in addition to the heartening post about NACA, how about something that is just plain fun?

Two articles here to discuss. I've been a homebrewer myself for many years now, so it just made my day when I saw the articles posted
( Collapse )

"During this year's Super Bowl, President Obama created a stir by offering guests at the White House beer that he'd brewed himself. And now the president reportedly plans to have another batch of his homebrew on hand March 17 — that's right, for St. Patrick's Day.

According to the Irish Central website, when Obama announced that this March is Irish American Heritage Month, he also pledged to serve his own White House Honey Ale — made with honey from the White House garden beehive — to help celebrate St. Patrick's Day."

"It seemed normal enough when President Obama chatted with a coffee shop patron about beer in Iowa Tuesday. The president has shown he's a fan of beer — and it's the most politically expedient, "everyman" beverage a candidate can drink. But then the president told a man at Knoxville, Iowa's Coffee Connection cafe that he travels with his own home-brew — and gave him a bottle to prove it."

OP: How cool is this?  Mittens likes to pretend he's an 'everyman', but I think Obama delving into homebrewing himself and appreciating a good brew in general proves who's more down to earth.

Also, does this make Obama a hipster?