A revamp of Mexico’s beleaguered health-care system is proving to be a runaway success and offers a model for other nations seeking to reform their own systems, according to a review published this week in The Lancet. The key to the scheme’s success is the way in which it has modified its reforms in response to scientific assessments of their effectiveness, the authors say.

Launched in a law in 2003, the Mexican scheme was designed to sort out widespread inefficiencies and inconsistencies in the country's health-care system. Some 50 million Mexicans--nearly half the country’s population--who previously were not covered by health insurance are now enrolled, leading the scheme’s architects to claim that the country has near-universal health-care coverage.

“The reform was very much motivated by the fragmentation of the system; the injustice and inequity of having where you work determine whether or not you were covered,” says Felicia Marie Knaul of the Harvard Global Equity Initiative in Boston, Massachusetts, a co-author on the review.

Original paper in the Lancet.

You mean reaching out to the disadvantaged and applying the scientific method to your process can actually result in near-universal health care coverage in your country?

A significant majority of New Yorkers say the Police Department favors whites over blacks, according to a new poll by The New York Times.

That view, as widespread now as it was in 2001 during the administration of Mayor Rudolph W. Giuliani, is particularly prevalent among black New Yorkers, 80 percent of whom say the police favor one race over the other. A plurality of white residents — 48 percent — agree.

Rep. Steve King: I’ve Never Heard Of A Girl Getting Pregnant From Statutory Rape Or Incest

Rep. Steve King, one of the most staunchly conservative members of the House, was one of the few Republicans who did not strongly condemn Rep. Todd Akin Monday for his remarks regarding pregnancy and rape. King also signaled why — he might agree with parts of Akin’s assertion.

King told an Iowa reporter he’s never heard of a child getting pregnant from statutory rape or incest.

“Well I just haven’t heard of that being a circumstance that’s been brought to me in any personal way,” King told KMEG-TV Monday, “and I’d be open to discussion about that subject matter.”

In the wake of his "legitimate rape" comments, Rep. Todd Akin has found few public supporters. But Akin can count Kirk Cameron as one of them.

Cameron--star of the popular '80s sitcom "Growing Pains" turned evangelical Christian--defended the embattled Missouri Congressman on the fourth hour of the "Today" show on Tuesday.

"I'm not his political strategist, thank God," Cameron, who interviewed Akin for his new religious documentary, "Monumental," told Hoda Kotb and Kathie Lee Gifford. "Clearly, this is a man who is advocating the sanctity of life through and through. He said he misspoke and he apologized for it. I like to evaluate people based on their entire life, their entire career, and (what) they stand for. He loves his wife, he's got six children. I believe he's a good man. He's now in a very, very difficult spot."

"I've sat down and and actually watched the video," Cameron added. "Watch[ed] it, not just to read some of the transcripts and the quotes."

On Monday, amid a growing chorus of GOP leaders calling for Akin to halt his Senate campaign, the FRC Action PAC released a statement supporting his candidacy.

"This is another case of 'gotcha politics' against a conservative leader," FRC Action PAC president Connie Mackey said. "Todd Akin has a long and distinguished record of defending women, children and families. He has fought against forcing taxpayers to subsidize abortion giant Planned Parenthood, which is the bedrock of Claire McCaskill's base of support. When speaking about the issue of rape, let's not forget the cover-up of statutory rape by Planned Parenthood, which to my knowledge has not been addressed by Senator McCaskill. ('Abortion Giant' LOL Also, what the hell is he talking about?.)

"Throughout his twelve years in Congress, Todd Akin has supported legislation that honors all human life. He has opposed the commodification of women in contrast to his opponent, Claire McCaskill, who has a long record of promoting the abortion industry while ignoring how abortion harms women." (Look Ma! Concern Trolling!)

Authorities in Nebraska say they will charge the lesbian who claimed she was the victim of a horrific hate crime in July with making false claims.

Lancaster County Attorney Joe Kelly says a judge issued an arrest warrant Tuesday for Charlie Rogers. As of Tuesday morning, Police in Lincoln, Neb., who spent weeks investigating the case as a hate crime, had not arrested Rogers.

Really disappointed in this.  Hopefully she can get some counseling because there are serious issues mixed up in this. 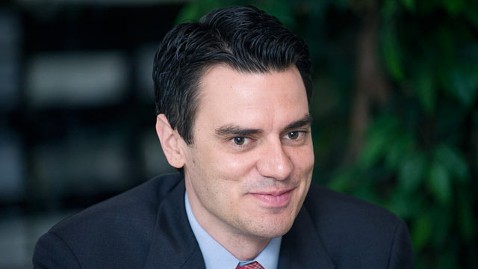 A group of House Republicans visiting Israel as part of an official Congressional delegation last summer enjoyed a late night of drinking at the Sea of Galilee that included swimming and, in the case of one member, a little skinny dipping in the place where the Bible says Jesus walked on water.

The story was first reported by Politico and has been confirmed by ABC News.

House Majority Leader Eric Cantor was on the trip but was not present for the late night antics. When Cantor was told about what happened, according to Republican sources, he was “livid” and called members of the delegation to say the behavior was unacceptable and must never be repeated.

The skinny dipper, according to the sources, was Rep. Kevin Yoder, R-Kansas.

In a statement to Politico, Yoder said: ”A year ago, my wife, Brooke, and I joined colleagues for dinner at the Sea of Galilee in Israel. After dinner I followed some Members of Congress in a spontaneous and very brief dive into the sea and regrettably I jumped into the water without a swimsuit. It is my greatest honor to represent the people of Kansas in Congress and [for] any embarrassment I have caused for my colleagues and constituents, I apologize.”

Cantor’s deputy chief of staff, Doug Heye, tells ABC News what he told Politico: ”Twelve months ago, [Cantor] dealt with this immediately and effectively to ensure such activities would not take place in the future.”

Heye confirms that the FBI asked about the incident, although the investigation does not appear to have gone anywhere.

“Last year, a staffer was contacted by the Bureau [FBI], which had several questions, the staffer answered those questions and that appears to have been the end of it,” Heye said.

I went a little overboard with the tags ... so sue me.
Source

In a surprise appearance at the first ever "kids state dinner" Monday, President Obama told the young winners of the first lady's healthy recipe competition that the family dog was on a diet.

"I only have one request for you, and that is try not to drop any scraps on the floor," Obama told the group of assembled junior chefs in the East Room. "Because Bo... Bo is on a diet right now and he will eat anything that he sees, especially some of the tasty meals that you guys have prepared."
( Collapse )

And there's a really cute gallery of Bo pictures at the source!

The FBI is indeed interested in a trip that House Republicans made to Israel last summer. But it’s not because Kansas Republican Rep. Kevin Yoder took his pants off and jumped into the Sea of Galilee after a night of drinking.

Law enforcement sources — noting that skinny-dipping usually doesn’t fall under the FBI’s purview — pointed TPM to a New York Times story from earlier this month about a trip to Cyprus that Rep. Michael Grimm (R-NY) made following his August venture to Israel alongside several colleagues.

Politico, which first reported the skinny-dipping anecdote, said the FBI “looked into whether any inappropriate behavior occurred, but the interviews do not appear to have resulted in any formal allegations of wrongdoing.”

But FBI agents were actually interested in Grimm’s failure to file paperwork related to his trip to Cyprus following his Israeli junket, which had been paid for by the Cyprus Federation of America. The president of that company was arrested on federal corruption charges in June. Grimm had reported the Israel trip in his initial filing in May but did not list the trip to Cyprus until he amended it in June, one day after Cyprus Federation of America’s president was arrested.

( Collapse )
[OP: And since they've gone out of the way to distract the media with the naked man... I want to know more about the real story.]
Source TPM

(CNN) – Vice President Joe Biden has plans to be in Tampa during the Republican National Convention next week, the Obama campaign said Tuesday.

Biden has events in Tampa and in other cities next Monday and Tuesday, the campaign said.

In addition, "a strong bench" of surrogates will be in the Tampa area as well.

While visiting a Minneapolis high school Tuesday afternoon, Biden seemed to embrace his role in Tampa turning to reporters traveling with him, "Who's going to Florida with me? Any of you going to be in Florida?

"Well I'm the speaker at the convention," he continued to laughs. "I'm going to be down there."

The campaigns of President Barack Obama and presumptive Republican nominee Mitt Romney have engaged in aggressive "bracketing" strategies this year, such as surrogates holding events which coincide with their opponents' events.

Obama and Biden will accept the Democratic nomination the following week in Charlotte, North Carolina.

I love this little troll.