I’ve studied, admired and gotten to know a lot of leaders in my life. Across Florida, in Washington and around the country, I've watched the failure of those who favor extreme rhetoric over sensible compromise, and I've seen how those who never lose sight of solutions sow the greatest successes.

As America prepares to pick our president for the next four years — and as Florida prepares once again to play a decisive role — I'm confident that President Barack Obama is the right leader for our state and the nation. I applaud and share his vision of a future built by a strong and confident middle class in an economy that gives us the opportunity to reap prosperity through hard work and personal responsibility. It is a vision of the future proven right by our history.

Former South Carolina governor Mark Sanford, whose political career ended when he admitted an extramarital affair, is engaged to his ex-mistress from Argentina.

Sanford, a one-time rising Republican star mentioned as a possible presidential candidate, said in a statement to CNN that he and Maria Belen Chapur are "both happy and excited" about their engagement.

"I have long expressed my feelings for her, she's a wonderful person," Sanford said. "My closest friends have met and love her, and I look forward to introducing her to still many more that have yet to do so."

Sanford's political career quickly unraveled in 2009 when he disappeared for five days on what he said was a hike on the Appalachian Trail. Sanford later admitted during a rambling and sometimes tearful news conference that he was in Buenos Aires with Chapur, whom he called his "soul mate."

Sanford and his wife, Jenny, divorced in 2010. Jenny Sanford had said she discovered the affair in 2008 when she found a copy of a letter her husband had written to Chapur.

Republicans are desperate for Todd Akin to drop out of the Missouri Senate race after his controversial comments about legitimate rape. Nearly every top Republican, including Mitt Romney and Paul Ryan, have publicly called for him to quit.

This morning on ABC News, however, Mary Matalin — a well-connected GOP operative — suggested that Republicans would run a write-in candidate to defeat Akin. Matlin said that, if necessary, Republicans would “transfer the money” to Ann Wagner — a former chairwoman of the Missouri GOP who is currently running for Congress — to run as a 3rd party or write-in candidate. Watch it:


Todd Akin has said he’s absolutely committed to staying in the election until November.

Matalin: We are going to win Missouri and Wagner is going to be our candidate. The party is going to get Ann Wagner in.

Stephanapolous: So you are just convinced he’s going to get out

Matalin: Or we’ll run a third party, we’ll run a write-in. We can do it. We have the money to do it. We are going to transfer the money. It’s not as easy. But it’s a good state for Romney and we will get it back.

From FiveThirtyEight
A Pollster Finally Gets Missouri Right?
...
The Mason-Dixon poll also had the Democratic incumbent, Claire McCaskill, pulling into a lead in the Senate race in Missouri, however. She now leads by nine points, a substantial swing from their July poll, when Representative Todd Akin led by five points, before his much-criticized remarks about rape.

I know it cuts somewhat against the FiveThirtyEight spirit to lump polls into binary categories of “right” and “wrong.” But the Mason-Dixon poll seems like a far more sensible take on the state of play in Missouri than the others we’ve seen since Mr. Akin’s remarks — showing a significant change in the Senate race there but a marginal impact at best on the presidential contest.
...

I am very saddened to learn of the passing of Neil Armstrong today. Neil and I trained together as technical partners but were also good friends who will always be connected through our participation in the mission of Apollo 11.

When Marylanders go to the polls in November, the state could become the first to affirm same-sex marriage in a popular vote.

In March, lawmakers in Maryland approved a measure to allow such unions, but it came with a built-in escape hatch: it would not take effect until 2013.

The waiting period was intended as a compromise with opponents of the measure and as an insurance policy for supporters. Lawmakers feared validating marriages for a period, only to have them overturned by a popular vote later, as happened with Proposition 8 in California.

Opponents of same-sex marriage in Maryland seized the opportunity to contest the law and gathered more than 100,000 signatures to put a referendum on the November ballot, setting the stage for a renewed debate on the issue.

Crossing my fingers for Maryland, Washington, Maine, and Minnesota! So far it's looking like we might be able to get our GOP Sponsored and Approved DOMA Amendment© overturned here in MN...

Virginia New Achievement Standards Based On Race And Background

The Source seems to have a video that has been region-blocked, so I didn't watch it.

As the Republican and Democratic National Conventions roll into town “freedom of speech” has crept out by the back door.

The American Atheist movement had planned a campaign to “question faith in politics”. But a frighteningly large volume of threats by email and phone has put an end to this exercise.

American Atheists, a campaigning organization, has announced that the billboards the organization had placed in Charlotte, NC, ahead of the Republican and Democratic National Conventions, criticizing Christianity and Mormonism would be coming down weeks early.

“It is with regret that we tell our members and all of those who treasure free speech and the separation of religion and government that American Atheists and Adams Outdoor Advertising have mutually agreed to remove the billboards immediately,” said Amanda Knief, American Atheists’ Managing Director. 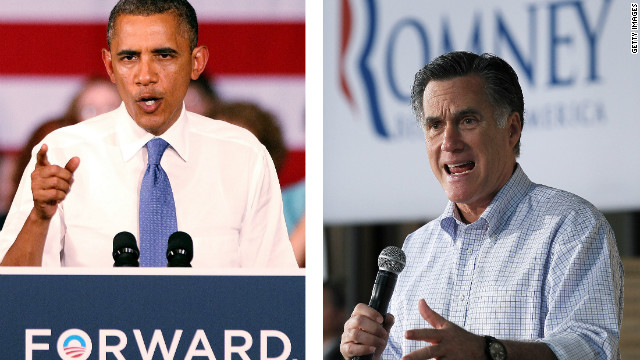 (CNN) -- In case you haven't noticed, this election season is awash in money.

By the end of July, Mitt Romney had widened his cash advantage over President Obama by $62 million. Romney has also been raising more money than Obama in the last three months.

If Romney continues to out-raise Obama, does it mean that he will win the presidential race? Can money buy elections?

It takes a century and a half of political imagination, heroic toil and, to be sure, great geopolitical luck to build a country like Canada. It takes but a year or two of hubris, lassitude and ignorance for the whole thing to be lost.

There is today in Canada a dangerous line of argument that must be checked by all thinking citizens: It holds that “Canada” is somehow “tired” of Quebec and the Quebec question, and might therefore wish to “expel” Quebec from the Canadian federation if push comes to shove. The mirror image of this argument comes from the “purs et durs” in Quebec, who believe that a newly sovereign Quebec, in the aftermath of a winning referendum, could naturally negotiate, égal à égal, with “Canada” for some species of peaceable and prosperous coexistence.

Both presumptions are pure sophistries. Why? Because Canada, as a recognizable geopolitical entity, will not exist — period — in the aftermath of the separation of Quebec. Why is this so?


well, that was interesting. i think the stuff about learning languages in school and china getting up in our business was off base though.

While you were busy mourning Neil Armstrong, Fox News analyst Monica Crowley was looking for a way to politicize his death. She found it in one of the far right's most insidious tropes — Islamophobia.

No. No, he did not.
Crowley's follow-up explanation only underlined her idiocy.

As The Daily Dolt points out, the article Crowley cites is hardly damaging to the Obama administration.

In an interview last month on Al-Jazeera, NASA chief Charlie Bolden said that one of NASA's foremost tasks is to engage with Muslim nations. The White House disagreed, suggesting that the agency should perhaps focus on space exploration.

Surely she's seen the error of her ways, right? Here's her apology post—

Do you mean astronaut ice cream, Monica? Like the kind NASA is going to serve the Muslims while they talk them into destroying our American way of life?

Earth, our number of intelligent life forms is dwindling.

Commentary: This ties into the new manifestations of Islamophobia that I've been seeing lately, following a general meme of "Islamic countries never invented anything, it was only white people and Western culture who did." that has been promoted by groups like Jihad Watch. Not only is this rewrite of history fundamentally wrong, it is a fundamentally dangerous view. By ignoring the technological contributions and inventions of Islamic and Arabic cultures and states throughout history and continuing today, an arrogant viewpoint that underestimates any real threats that emerge from that area is promoted.
Collapse