Gangnam Style, Dissected: The Subversive Message Within South Korea's Music Video Sensation
Beneath the catchy dance beat and hilarious scenes of Seoul's poshest neighborhood, there might be a subtle message about wealth, class, and value in South Korean society.

Park Jaesang is an unlikely poster boy for South Korea's youth-obsessed, highly lucrative, and famously vacuous pop music. Park, who performs as Psy (short for psycho), is a relatively ancient 34, has been busted for marijuana and for avoiding the country's mandatory military service, and is not particularly good-looking. His first album got him fined for "inappropriate content" and the second was banned. He's mainstream in the way that South Korea's monolithically corporate media demands of its stars, who typically appear regularly on TV variety and even game shows, but as a harlequin, a performer known for his parodies, outrageous costumes, and jokey concerts. Still, there's a long history of fools and court jesters as society's most cutting social critics, and he might be one of them.

Now, Park has succeeded where the K-Pop entertainment-industrial-complex and its superstars have failed so many times before: he's made it in America. The opening track on his sixth album, "Gangnam Style", has earned 49 million hits on YouTube since its mid-July release, but the viral spread was just the start.

The American rapper T-Pain was retweeted 2,400 times when he wrote "Words cannot even describe how amazing this video is." Pop stars expressed admiration. Billboard is extolling his commercial viability; Justin Bieber's manager is allegedly interested. The Wall Street Journal posted "5 Must-See" response videos. On Monday, a worker at L.A.'s Dodger stadium noticed Park in the stands and played "Gangnam Style" over the stadium P.A. system as excited baseball fans spontaneously reproduced Park's distinct dance in the video. "I have to admit I've watched it about 15 times," said a CNN anchor. "Of course, no one here in the U.S. has any idea what Psy is rapping about."

A German teenager who said she was raped by a 31-year-old man was told by the judge she had not defended herself enough for the law to convict him – simply saying no was not enough.

The case caused outrage this week when the judge at the Essen district court reportedly told the girl, “If one does not want something, one must make it clearer.”

A statement issued by the court on Thursday said this was not the case and that the judge had simply explained the legal situation.

German law demands that one of three factors be proven for a rape conviction – the accused must either use force, threaten to use violence or exploit the fact that the victim is in a defenceless situation. ( Collapse )
Source.

Gay sex is more likely to offend standards of morality and decency than men having sex with donkeys, as far as Australia's censors are concerned.

A film depicting sex acts between men and donkeys was screened at a Sydney film festival last week after an exemption from classification was granted to the festival by the Classification Board.

No film can be publicly screened in Australia without first being rated by the Classification Board, which may refuse a classification if it offends standards of morality and decency.

However, it may permit a festival to screen films that have not been rated.( Collapse ) 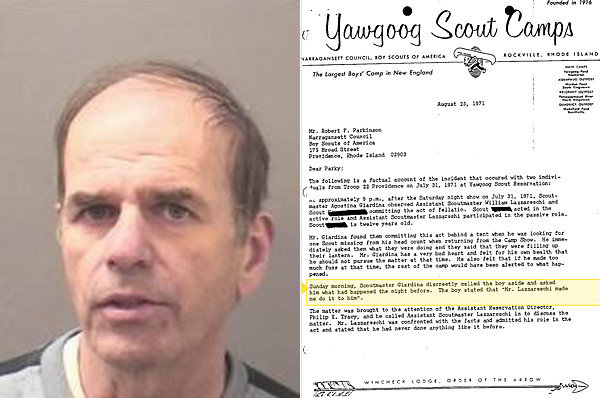 Assistant troop leader William Lazzareschi was expelled from the Scouts after he admitted engaging in a sex act with a boy, according to one file. But nothing in the file indicates the Scouts called police.

Over two decades, the Boy Scouts of America failed to report hundreds of alleged child molesters to police and often hid the allegations from parents and the public.

A Los Angeles Times review of 1,600 confidential files dating from 1970 to 1991 has found that Scouting officials frequently urged admitted offenders to quietly resign — and helped many cover their tracks.

Volunteers and employees suspected of abuse were allowed to leave citing bogus reasons such as business demands, "chronic brain dysfunction" and duties at a Shakespeare festival.

source. i am literally shaking. the nerve of these assholes to hold themselves up as the arbiters of morality in this country, while allowing this shit to go on for years, is just astounding.

Even in the hardest of cases such as this anti-Islamic film, the old arguments against censorship remain the best.

The friends of freedom should not make exceptions because freedom's enemies never do. Admittedly, the trailer for Innocence of Muslims (one of its many titles) makes the temptation to allow just one exception close to overwhelming. It advertises an amateur and adolescent piece of religious propaganda that depicts Muhammad as a violent and lascivious fool. Copts probably made it. As there is no great difference between Christian and Islamist extremists, why not intervene in this clash of fundamentalisms and stop one sect inciting another sect to violence?

Even before mobs attacked the US embassy in Cairo, its diplomats felt the urge to abandon basic principles. "We firmly reject the actions by those who abuse the universal right of free speech to hurt the religious beliefs of others," they said. Hillary Clinton was hardly more robust. "The United States deplores any intentional effort to denigrate the religious beliefs of others. Our commitment to religious tolerance goes back to the very beginning of our nation." It was a little too late in the day before she recalled America had other commitments going back to its founding, and muttered for all that America still does "not stop citizens from expressing their views, no matter how distasteful".

OP: Its a bit long this article but pretty good.
Collapse