PUNTA GORDA, Fla. - The U.S. Postal Service wants to remind drivers to stay alert while driving around Post Offices after a vehicle drove into a Punta Gorda office this week, making it the eighth Post Office in the greater Central Florida area to have a vehicle crash into it this year.

According to the USPS, the top two causes of customers driving through Post Offices are: Stepping on the gas pedal instead of the brake pedal, and accelerating when the vehicle was in drive and the customer thought it was in reverse.

They are reminding drivers that Post Office parking lots have quick turnover times, with cars parked for less than five minutes. It only takes one second for an accident to occur.

Precautions drivers need to adopt while driving in and out of parking spaces include:

Hey everyone! This is just a reminder that the PRESIDENTIAL DEBATES are coming up soon. Like, next week soon. We'll be having live posts for the debates and if you track the !live post tag, you will get an e-mail when the live post is put up. Here are the debate dates for you to put in your calendar:

ADDITIONALLY PART II: Fuck Yeah! ONTD_Political. Y'all are too funny not to submit your favourite comments.
SAN FRANCISCO — At Most Holy Redeemer Catholic Church in the Castro, this city’s largest gay district, about 20 of the faithful gathered for 8 a.m. Mass recently, clustering in the middle pews. Led by a visiting priest from nearby Oakland, the parishioners joined in celebrating the 30th anniversary of a gay couple.

The celebration was not out of place in San Francisco, at least not in those parishes that have somehow bridged the colossal gap between their gay members’ lives and church doctrine. But the appointment of a new leader of the archdiocese here — Bishop Salvatore Cordileone, 56, a rising conservative who led the fight against same-sex marriage in California — has many gay and lesbian Roman Catholics worried about the fate of these sanctuaries.

At a cafe where some of the parishioners met after Mass, many said they would take “a wait-and-see” attitude toward Bishop Cordileone, who has led the Oakland Diocese for the past three years and is scheduled to be installed as archbishop here on Thursday, the feast of St. Francis, San Francisco’s patron saint. Some expressed hope that in getting to know his followers here, Bishop Cordileone would come to see things their way.

Others were more defiant, saying nothing would shake their faith.

“In a sense, I am glad that the church is sending the top guy that they have — the top antigay — because it means that we, as a community of Catholics, have done something good to deserve attention,” said George Woyames, 68, who added that he was raised as a Roman Catholic but became committed to the religion only after joining Most Holy Redeemer in 1987.

Bishop Cordileone was one of the leading proponents of Proposition 8, which banned same-sex marriage in November 2008 by defining marriage in California as between only a man and a woman. The proposition, which voters endorsed after hard-fought campaigns on both sides, overturned a decision just months earlier by the California Supreme Court that legalized same-sex marriage. But legal challenges to the ban have been working their way through higher courts since then.

Bishop Cordileone is also the chairman of the United States Conference of Catholic Bishops’ subcommittee for the defense of marriage, whose mandate is “promoting and defending the authentic teaching of the church regarding the nature of marriage as a covenant between one man and one woman.”( Collapse )

Sweden's justice minister Beatrice Ask has classified the running costs of the Security Service (Säpo), putting an end to media revelations over how funds were being used.


Säpo came under fire recently after revelations in the Dagens Nyheter (DN) daily that some 5.3 million kronor ($802,500) were spent on a lavish James Bond-themed party.

Ask has now decided to agree to classify all details of Säpo's expenses, from the amount spent on coffee to premises rental to telephone surveillance, the newspaper reported on Sunday.

The government has explained the decision by claiming that national security is at risk if the information is made public, DN reported.

Further revelations regarding Säpo's expenses which emerged over the summer included an application for almost one million kronor back in value added tax (moms).

The claim was noticed by the Swedish National Audit Office (Riksrevisionen) in February and the Security Service later repaid 114,500 kronor.

The Security Service announced at the end of August that it would be making major staff cuts due to "financial strain". Around 100 jobs will be cut over the coming three years.

It was in connection with a request for documents pertaining to the planned cuts that Dagens Nyheter was told that all of Säpo's expenses, which amount to around one billion kronor per annum, were classified.

The decision has been confirmed by Beatrice Ask and can not be appealed, the newspaper reported.

GJ Säpo, GJ. This doesn't make you look shady at all.

California has become the first state in the nation to ban therapy that tries to turn gay teens straight.

Gov. Jerry Brown announced Sunday that he has signed Senate Bill 1172, which prohibits children under age 18 from undergoing “sexual orientation change efforts.” The law, which goes into effect Jan. 1, prohibits state-licensed therapists from engaging in these practices with minors.

"Governor Brown today reaffirmed what medical and mental health organizations have made clear: Efforts to change minors' sexual orientation are not therapy, they are the relics of prejudice and abuse that have inflicted untold harm on young lesbian, gay, bisexual and transgender Californians," Clarissa Filgioun, board president of Equality California, said in a press release.

WASHINGTON -- Republican vice presidential nominee Paul Ryan promised again on Sunday that Mitt Romney’s tax plan would bring lower tax rates for all Americans while remaining revenue-neutral, although he didn’t fully explain how it would accomplish that.

The Obama campaign has blasted the Romney-Ryan ticket for not providing details on how it would give Americans such large tax breaks without growing the deficit. Ryan reiterated in an interview on "Fox News Sunday" that the plan would drop taxpayers' bills by 20 percent without costing a dime, due to closed tax loopholes, but he was short on specifics when pressed by host Chris Wallace.

“You haven’t given me the math,” Wallace said in one exchange.

“I don’t have the ... It would take me too long to go through all of the math,” Ryan responded.

“But let me say it this way,” he went on. “You can lower tax rates 20 percent across the board by closing loopholes and still have preferences for the middle class for things like charitable deductions, home purchases, for health care. What we’re saying is people are going to get lower tax rates and therefore they will not send as much money to Washington.”

Wallace played a clip of President Barack Obama mocking the Romney campaign’s lack of details on the loopholes while on the campaign trail. “No matter how many times they tell you they’re gonna start talking specifics really soon, they don’t do it,” Obama said. “And the reason is because the math doesn’t work.”

A report from the Tax Policy Center found that Romney’s tax plan would actually raise taxes on many middle-class Americans, although the Romney campaign has dismissed the report as partisan.

“Here Comes Honey Boo Boo,” TLC’s new show about an energetic, self-identified redneck family that, to a member, follows the law of honey badger — they don’t give a shit — has become the latest must-see reality TV show since its premiere two weeks ago. The show, which stars Honey Boo Boo, the nom de reality TV of the 6-year-old energy-ball Alana Thompson, who first came to America’s attention when she appeared in the horrifying pageant series “Toddlers & Tiaras, is averaging about 2 million viewers an episode and a whole lot more buzz. But winning the reality TV fame roulette is, as ever, to have won a sharply double-edged fame, and in the case of “Here Comes Honey Boo Boo” that edge has come down squarely on the hefty neck of Alana’s mama, June.

I've always been pretty uncomfortable with some of the criticism leveled at June and Alana, particularly the fat-shaming and the strong undercurrent of classism. 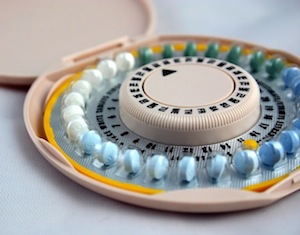 A new study from the Guttmacher Institute reveals what you no doubt already know: Women use birth control because it gives them more control over their lives. They reported that staying baby-free for as long as they choose gives them more freedom to achieve their goals, such as completing an education, getting or keeping a job, and supporting themselves financially, according to research set to be published in the journal Contraception.

It was Lyndon Johnson who best understood that the key to political empowerment for the disenfranchised was to give them access to the electoral process. That's why he made passage of the Voting Rights Act of 1965 his top priority.

But it's doubtful he would think too kindly of a measure we might call the Rich Persons and Corporations Empowerment Act of 2012. During this election season, Californians undoubtedly will be hearing about it on TV and radio until their eardrums bleed. That's because it will be on the November ballot as Proposition 32, a wolf in sheep's clothing dressed up as the "Stop Special Interest Money Now Act."

In this state, we've come to expect ballot initiatives sponsored by business interests to be, essentially, frauds. But it's hard to conceive how one could be more fraudulent than Proposition 32. If there was any doubt left that the initiative process has been totally corrupted by big business and the wealthy, this should put it to rest for all time.

Proposition 32 is nothing but an attack by Republicans and conservatives on unions and their members. Two previous attempts by the same gang failed at the ballot box, in 1998 and 2005. What's new about this effort is that it's dressed up as a broad reform aimed at "special interests," and it's even more union-unfriendly than its predecessors. ( Collapse )