Relive one of the most emotionally exhausting days of my life, when 138 couples got married in downtown Seattle on the first day gay marriage was officially legal. Wow.

In a Princeton University speech Monday, Justice Antonin Scalia defended his opposition to LGBT equality and his previous comments equating homosexuality with murder and bestiality.

When asked by openly gay Princeton freshman Duncan Hosie about his anti-LGBT comments, the senior Associate Justice on the high court stood by his logic as "reduction to the absurd."

The Associated Press stood by his logic:

"It’s a form of argument that I thought you would have known, which is called the ‘reduction to the absurd,’” Scalia told Hosie of San Francisco during the question-and-answer period. “If we cannot have moral feelings against homosexuality, can we have it against murder? Can we have it against other things?”

Scalia said he is not equating sodomy with murder but drawing a parallel between the bans on both. (Except you just did. You're basically saying, "If we agree to homosexuality, next thing you know, we'll be accepting murder!")

Then he deadpanned: “I’m surprised you aren’t persuaded.”

Scalia defended his extreme rhetoric noting “I don’t think it’s necessary, but I think it’s effective,” and told the audience that legislatures have the right to ban that which they believe immoral. He also dismissed the importance of the Bill of Rights as an “afterthought,” compared to the U.S. Constitution’s overall structure, observing, “Every tinhorned dictator in the world has a bill of rights.” (Yeah, sure they do, but they just ignore it when it's not convenient to there agenda, WHICH IS ESSENTIALLY WHAT YOU'RE ADVOCATING RIGHT HERE.)

Scalia will be required to faithfully and impartially consider two same-sex marriage cases this term.

Source
As voting began inside the state Capitol, the crowd outside swelled to more than 10,000 people by police estimates.

The protestors closest to the Capitol pounded drums and empty buckets while chanting in an effort to sway legislators inside.

At the same time, a large pro-union rally was being held in front of Lansing’s City Hall, as giant loudspeakers boomed the speakers' voices across the Capitol lawn.

“Unions built the middle class of America,” he said. “This is a national attack. These folks want to shift more and more of the wealth to a smaller and smaller group of people.”

Speaker after speaker, including firefighters, teachers and factory workers, vowed today’s protest was just the start. They said they would follow legislators all over the state to remind people of their votes.

Melissa Waters, of Ann Arbor, was among those listening to the speakers.

“My dad and mom were union workers. Without the contracts they bargained for, we wouldn’t have had food on our table or clothes to wear,” she said.

The crowds began building early, with the bulk arriving around 8:30 a.m.

Led by three police officers on motorcycles, hundreds of union workers and activists marched from the Lansing Center to the Michigan Capitol building this morning, chanting "Hey, hey! Ho, ho! Right-to-work has got to go!" along the way.( Collapse )

Edit: both bills could be signed by the governor as early as tomorrow Snyder signed both bills this evening. I hope every time that fucker gets up in the middle of the night to go to the bathroom he steps on all the legos

A former Chinese official has inexplicably lashed out at foreign fundraisers in China after it was revealed that locals used counterfeit money to purchase charity goods at a benefit event for children with disabilities.

Organizers of the fundraiser have expressed their disappointment at discovering 5,000 yuan (US$800) of fake 100-yuan bills among their total receipts from the event, which totaled 330,000 yuan (US$53,000). The counterfeit bills were said to have slipped past the detection of foreign consulate staff who are not sufficiently familiar with Chinese currency.

Rather than voicing his embarrassment over the locals who used the fake money, He Keng, the former deputy director of China's National Bureau of Statistics, directed his anger towards the organizers of the fundraiser instead.

"The true intent of foreign consulates in doing something like this is to make the Chinese people lose face!" He wrote on his Sina Weibo microblog, adding that China does not need that extra 330,000 yuan (US$53,000). "The real shameless parties here are those doing the charity sales!" he wrote.

Last week, the Supreme Court decided to take up a pair of cases related to gay marriage, cases that will for the first time determine the constitutionality of laws denying marriage rights to same-sex couples. As a member of the nation’s highest court for the past 21 years, I can remember few rulings of such consequence as these two, which will affect the lives of so many people. So as the time approaches, I ask all Americans to think long and hard on what these decisions will mean for the future of our nation, and also think long and hard about the fact that I, Clarence Thomas, will get to determine whether gay people can marry each other.

That’s right, me: an embarrassingly undistinguished justice with a history of ethical misconduct who hasn’t spoken during an oral argument in almost seven years. I get to rule on whether gay people should have basic human rights.

Pretty crazy, right? I’m one of only nine Americans in a position to decide, in a matter of months, whether our democracy values the right of a group of human beings to get married.

Now, if you’re having a hard time wrapping your head around that one, you’re not alone. If you had told me in 1991 that I would one day have the power to decide the basic rights of millions of people, I would have laughed in your face. Back then, I was a 43-year-old appeals court judge with a flimsy record on civil rights and abortion who thought affirmative action was a form of “social engineering”—not exactly the kinds of views you’d expect in a jurist destined for the Supreme Court.

Yet lo and behold, that same year, despite accusations that I sexually harassed attorney Anita Hill, my appointment to replace retired justice Thurgood Marshall was confirmed. Soon enough, I was abstaining from oral arguments for years at a time and failing to disclose my wife’s sources of income.

Scary. How the fuck was he ever confirmed?! Though it would be perhaps more accurate to say Anthony Kennedy gets to determine whether gay people can marry. 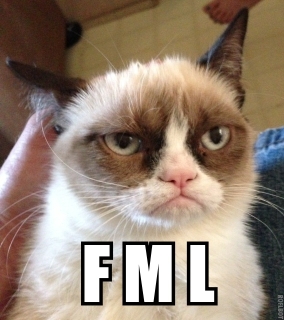 EDIT: Yes, I'm quite aware this is an Onion article -- I just forgot to add the tags and then had to go to a long choir rehearsal directly from work thought it'd be funnier to let everyone figure it out. In all seriousness, while this is a satire piece, the facts in it are all too true ... though I didn't check out the pube story yet.

EDIT #2: Pube story checks out! It was part of Anita Hill's testimony for his Senate Hearing

Though he's already made his support for marriage equality quite clear -- albeit, after a moment of non-clarity earlier this year -- Democratic Illinois Gov. Pat Quinn commented Monday that he'd like to see the state legislature pass a marriage equality bill and get it to his desk in January.

According to the Associated Press, Quinn urged state lawmakers to study the matter carefully before they return to Springfield for the lame duck session beginning Jan. 2.

Quinn added to the Chicago Tribune that he hopes the bill will advance. He has pledged to sign the proposal should it do so.

"It’s the House that probably the key arena at this time, and I think we’ll see how the members look at that issue. They should study it carefully and vote their conscience," the governor, a Chicago Democrat, continued.

The governor's comments arrived following the release of a Public Policy Polling poll that found that 47 percent of Illinois voters support same-sex marriage and support increased among both younger voters and voters of color, including Latino voters, who were 70 percent in support, the Windy City Times reports.( Collapse )

I don't know exactly how strong the support is for this in our legislature, but I'm sure Quinn has a pretty good idea, and he wouldn't have made this statement if he didn't know it to be a realistic possibility.

If this does happen, I will be VERY proud to live here!

The account of this year's presidential election will be published in fall 2013 before being developed for the cable network.

The book already has been optioned by HBO. The cable network aired Game Change, a Jay Roach-directed and Danny Strong-written movie about the 2008 election that in September won five Emmys, including one for Julianne Moore's performance as Sarah Palin. Roach and Strong are likely to return for the sequel.

Penguin publisher Ann Godoff tells The Hollywood Reporter [7] in a statement, "John Heilemann and Mark Halperin reinvented the campaign narrative with Game Change. Their new book Double Down will, of course, break news; but more importantly, it will create the lasting story of the 2012 race for the presidency."

Published in 2010, Game Change was a No. 1 New York Times best-seller.

The pair were represented in the book deal by Andrew Wylie of The Wylie Agency.

CLACKAMAS, Ore. – At least one person was killed after a shooting inside Clackamas Town Center mall on Tuesday afternoon, according [to] deputies.

Clackamas County Sheriff's spokesman Lt. James Rhodes said as of 4:50 p.m., the shooter had been "neutralized." He did not specify if deputies shot the suspect or if the suspect was dead.

He said deputies didn't believe there were any other shooters involved, although they are still searching the mall to ensure that is the case.

The thing about the sheets really gets me for some reason.