KTBS meteorologist Rhonda Lee was fired from her job at ABC’s Shreveport, Louisiana affiliate–a position she had held for almost a year. It was not for anything she said on-air, or in the newsroom. It was for responding to viewer comments online regarding her hair, comments such as these from a viewer identified as Emmitt Vascocu, written on the station’s Facebook page on Oct. 1:

“[T]he black lady that does the news is a very nice lady.the only thing is she needs to wear a wig or grow some more hair. im not sure if she is a cancer patient. but still its not something myself that i think looks good on tv. what about letting someone a male have waist long hair do the news.what about that (cq).”

Lee wears a close-cropped, natural hairstyle. “I’ve even had a news director once say that my hair was too aggressive for Sacramento, so I wasn’t even allowed to interview at that point… It’s been an interesting journey with my hair,” Lee told CNN in an interview Wednesday.

The source has pics.

Susan Rice, the U.S. ambassador to the United Nations, has a reputation for diplomatic sparring. Her battles with the Russian envoy, Vitaly Churkin, and the French ambassador, Gerard Araud, have been epic.

But Rice has generally held her punches in negotiations with Li Baodong, China's reserved, formal, U.N. envoy -- a man who has shown little taste for the diplomatic joust.

That is, until now. Early today, the big power envoys squared off in a closed-door Security Council session over competing views about how the 15-nation body should react to North Korea's missile launch.

One has to wonder if there's not some sexism at play here, which how Li expressed his dissatisfaction at what Rice was saying. :/

Former Republican Senator Chuck Hagel has emerged as the leading candidate to become President Barack Obama’s next Defense secretary and may be nominated as soon as this month, according to two people familiar with the matter. 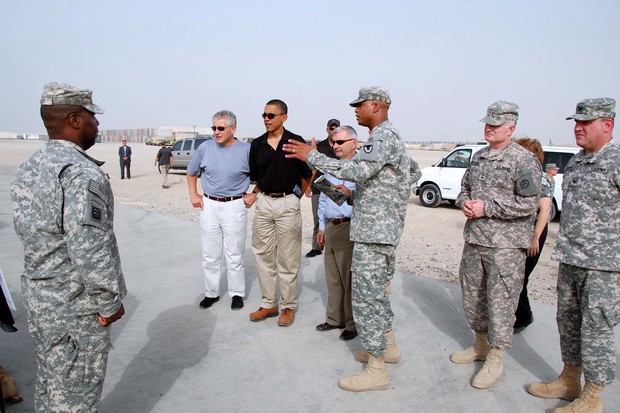 Hagel, who served as an enlisted Army infantryman in Vietnam, has passed the vetting process at the White House Counsel’s office, said one of the people. The former Nebraska senator has told associates that he is awaiting final word from the president, said the other person. Both requested anonymity to discuss personnel matters.

Obama invited Hagel to the White House on Dec. 4 to discuss the position with him, according to an administration official. The president hasn’t made a final decision, said another official. Both asked for anonymity to discuss internal deliberations.

White House Press Secretary Jay Carney today declined to comment on whether Obama is considering Hagel, saying only that the two-term former lawmaker was widely respected.

As Obama contemplates how to organize his national security team for his second term, he is weighing how the personalities, including Hagel, 66, will work with each other. In addition to defense, the president has at least three, and potentially four, positions to fill in the security area.

To succeed Secretary of State Hillary Clinton as the nation’s top diplomat, he is weighing whether to nominate Susan Rice, the U.S. ambassador to the United Nations, or Democratic Senator John Kerry of Massachusetts. Obama also is considering Rice to head the White House National Security Council, which is currently led by Tom Donilon. Another opening is at the Central Intelligence Agency, where David H. Petraeus resigned last month following the revelation of an extramarital affair.

The current defense secretary, Leon Panetta, 74, has indicated he won’t serve in Obama’s second term. His successor will need to cut defense programs and manage the drawdown of U.S. troops in Afghanistan.
Hagel “has the political skills to navigate some really treacherous waters,” said former Nebraska Senator Bob Kerrey. “He’ll enjoy wide respect in the military himself and, for a civilian leader, that’s important.”

“He enjoys the confidence of the president and has a good relationship with the Senate,” he said. “He stayed very close to the current operational needs of the military.” 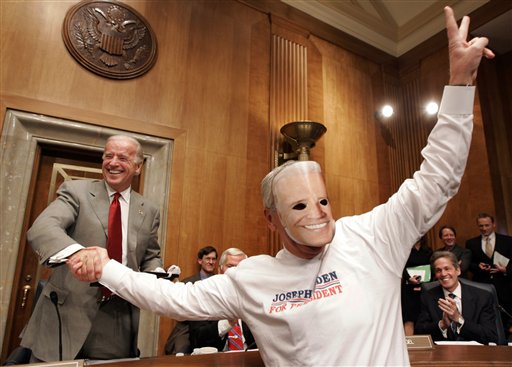 German lawmakers on Wednesday passed legislation ensuring parents the right to have their boys circumcised, bringing a close to months of legal uncertainty set off by a regional court’s ruling that equated the practice with bodily harm.

The measure passed by a vote of 434 to 100, with 46 abstentions, in Germany’s lower house of Parliament, the Bundestag. The vote followed months of emotional debate, and angered and alienated many German Jews and Muslims, for whom circumcision is a religious rite, integral to their beliefs.

But opponents of the bill, including 66 lawmakers who had proposed a version of the legislation that would have banned the procedure for boys younger than 14, insisted that removing a healthy body part from a child too young to have a say in the matter violates basic human rights.

Before the vote, Sabine Leutheusser-Schnarrenberger, Germany’s justice minister, urged lawmakers to consider the far-reaching implications of their decision.

“There is no country in the world where the circumcision of boys for religious reasons is considered a criminal act,” Ms. Leutheusser-Schnarrenberger said. “With this legislation, the German government makes clear that Jewish and Muslim life is clearly welcome in Germany.”

since we had a post about this ruling when it first happened, i thought a follow-up was in order.

China marks the 75th anniversary Thursday of the killing of huge numbers of people in Nanjing by Japanese soldiers, in a year when a territorial row sent ties between the Asian powers plunging.

The two countries -- the world's second- and third-largest economies -- have extensive trade and business links, but the weight of history still bears heavily on their relationship.

China says 300,000 civilians and soldiers died in a spree of killing, rape and destruction in the six weeks after the Japanese military entered the then capital on December 13, 1937.

Some foreign academics put the number of deaths lower, including China historian Jonathan Spence who estimates that 42,000 soldiers and citizens were killed and 20,000 women raped, many of whom later died.

At the Nanjing Massacre Memorial in the city's west, goose-stepping soldiers carrying flower wreaths rehearsed on Wednesday, watched by scores of tourists, ahead of the ceremony, which will be an invite-only event.

In response to the disappointing results of November’s elections, I have argued that conservatives should take heart from the undeniable aging of the electorate, which will tilt future contests toward Republicans. 2012 exit polls showed Mitt Romney sweeping voters 65 and older in a 12-point landslide, and among all those above age 30 (81 percent of the voting public) the Republican nominee prevailed by a solid margin. President Obama won the overall vote solely on the strength of his crushing 60-to-36 advantage with the 18-to-30 crowd. If official projections prove accurate, low birthrates and rising life expectancy will produce a much higher percentage of elderly Americans in the electorate, conferring a significant edge for conservative candidates in future close elections.

But Democrats hope that young Obama enthusiasts will maintain their overwhelmingly liberal orientation even as they grow older and their life circumstances change. In a provocative piece for New York magazine that calls conservatives “doomed,” Jonathan Chait argues that the president’s support from young voters in the last two election cycles went “beyond the usual reasons—social issues like gay marriage and feminism, immigration policy or Obama’s personal appeal—and suggest a deeper attachment to liberalism. The proclivities of younger voters may actually portend a full-scale sea change in American politics.” He goes on to cite a Pew survey suggesting that “Americans form a voting pattern early in their life and tend to hold to it.”

That conclusion, however, contradicts the evidence of 40 years of exit polls. In 11 presidential elections since 1972, voters over 65 have voted more Republican than voters under 30 in every contest but one (1988, for some reason). In none of the 11 elections did young voters tilt more Republican than the overall electorate; their levels of support for Democratic candidates in each campaign topped those of the general electorate by an average of five points.

( Collapse )Source is filled with rage that victim-blaming and abuse apologism are so deeply ingrained in our culture.  Bolding is from the original article.

The 25,000-plus signers of a "We the People" petition calling on the federal government to start building a Death Star by 2016 must be feeling as peppy as the Rebel Alliance, now that they've put their plea over the threshold that will trigger a response from the White House.

Campaigns on 4chan, Reddit and Twitter helped put it over the top with a day to spare. This means someone at the White House will have to take a good look at the Death Star issue and draw up a response (unless officials decide it would be improper to speak out on something that's more appropriately addressed by, say, the Defense Department, NASA or Lord Vader).

The rationale for securing the funding and resources to start construction was laid out in the petition, created on Nov. 14 by John D. of Longmont, Colo: "By focusing our defense resources into a space-superiority platform and weapon system such as a Death Star, the government can spur job creation in the fields of construction, engineering, space exploration, and more, and strengthen our national defense."

Building the kind of moon-sized Death Star portrayed in the "Star Wars" saga would be a heck of a stimulus program, however. Earlier this year, Centives calculated the cost of the steel alone at $852 quadrillion, or roughly 13,000 times the world's gross domestic product. At the current rate of production, it would take more than 833,000 years to produce enough steel to begin work.

I'm afraid the White House's political deflector shield will be quite operational when that petition arrives.
Administration officials have had a lot of practice dealing with "We the People" petitions that address far-out topics like the Death Star: Last year, for instance, two petitions calling for full disclosure on extraterrestrial visitations reached the standard requiring a response, and the White House's Office of Science and Technology Policy rose to the challenge.

"The U.S. government has no evidence that any life exists outside our planet, or that an extraterrestrial presence has contacted or engaged any member of the human race," OSTP's Phil Larson reported on the WhiteHouse.gov website. "In addition, there is no credible information to suggest that any evidence is being hidden from the public’s eye."

I'm hoping that the Death Star petition will provide an opportunity for Larson and his colleagues to come up with a pithier, more creative response ... maybe something that will satisfy the fanboys. Here are a few examples that have popped up over the past few days:

"The farce is strong in this one." (Commenter on The Ticket)
"We find its lack of signatures disturbing" (MSNBC's Ed Schultz)
"We have a bad feeling about this" (Modern Man)

Which "Star Wars" cliches would be most fitting for the task? Try to think of some suggestions you can leave in the comment space below. On second thought, try not. Do, or do not. There is no "try."