(CNN) -- At least two firefighters died when they were shot at the scene of a blaze in upstate New York on Monday, police said.
Two other firefighters were injured, police in Webster, New York, told reporters.

Authorities believe one or more shooters took aim at the firefighters after they left their vehicles, Police Chief Gerald Pickering said.
It was unclear whether there were any suspects.

"We have different individuals that were possible people with knowledge, but at this point I can't really comment," Monroe County Sheriff Patrick O'Flynn told reporters.

For hours, the gunfire stopped firefighters from working to extinguish the fire and forced police SWAT teams to evacuate homes in the area.

"It's still an active crime scene," Pickering said. "We have firefighters there at the location. It took a while to make it safe ... to put out the fires."

Doctors were treating the wounded firefighters Monday morning, said Teri D'Agostino, a spokeswoman for Strong Memorial Hospital in Rochester, New York. They were in guarded condition, she said.

Another wounded firefighter was conscious and speaking when he was removed from the scene, Boutillier said. 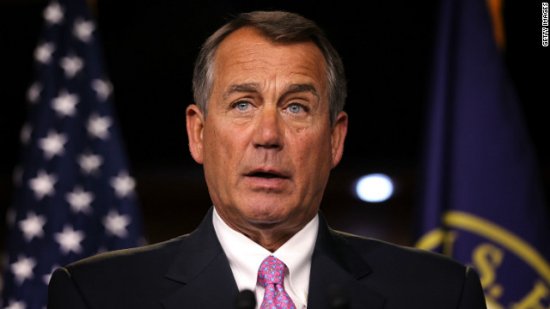 BOSTON -- In the city where a protest over tax policy sparked a revolution, modern day tea party activists are cheering the recent Republican revolt in Washington that embarrassed House Speaker John Boehner and pushed the country closer to a "fiscal cliff" that forces tax increases and massive spending cuts on virtually every American.

"I want conservatives to stay strong," says Christine Morabito, president of the Greater Boston Tea Party. "Sometimes things have to get a lot worse before they get better."

Anti-tax conservatives from every corner of the nation echo her sentiment.

In more than a dozen interviews with The Associated Press, activists said they would rather the nation fall off the cliff than agree to a compromise that includes tax increases for any Americans, no matter how high their income. They dismiss economists' warnings that the automatic tax increases and deep spending cuts set to take effect Jan. 1 could trigger a fresh recession, and they overlook the fact that most people would see their taxes increase if President Barack Obama and Boehner, R-Ohio, fail to reach a year-end agreement.

GALVESTON, Tex. — Angelica Gonzales marched through high school in Goth armor — black boots, chains and cargo pants — but undermined her pose of alienation with a place on the honor roll. She nicknamed herself after a metal band and vowed to become the first in her family to earn a college degree.

“I don’t want to work at Walmart” like her mother, she wrote to a school counselor.

Weekends and summers were devoted to a college-readiness program, where her best friends, Melissa O’Neal and Bianca Gonzalez, shared her drive to “get off the island” — escape the prospect of dead-end lives in luckless Galveston. Melissa, an eighth-grade valedictorian, seethed over her mother’s boyfriends and drinking, and Bianca’s bubbly innocence hid the trauma of her father’s death. They stuck together so much that a tutor called them the “triplets.”