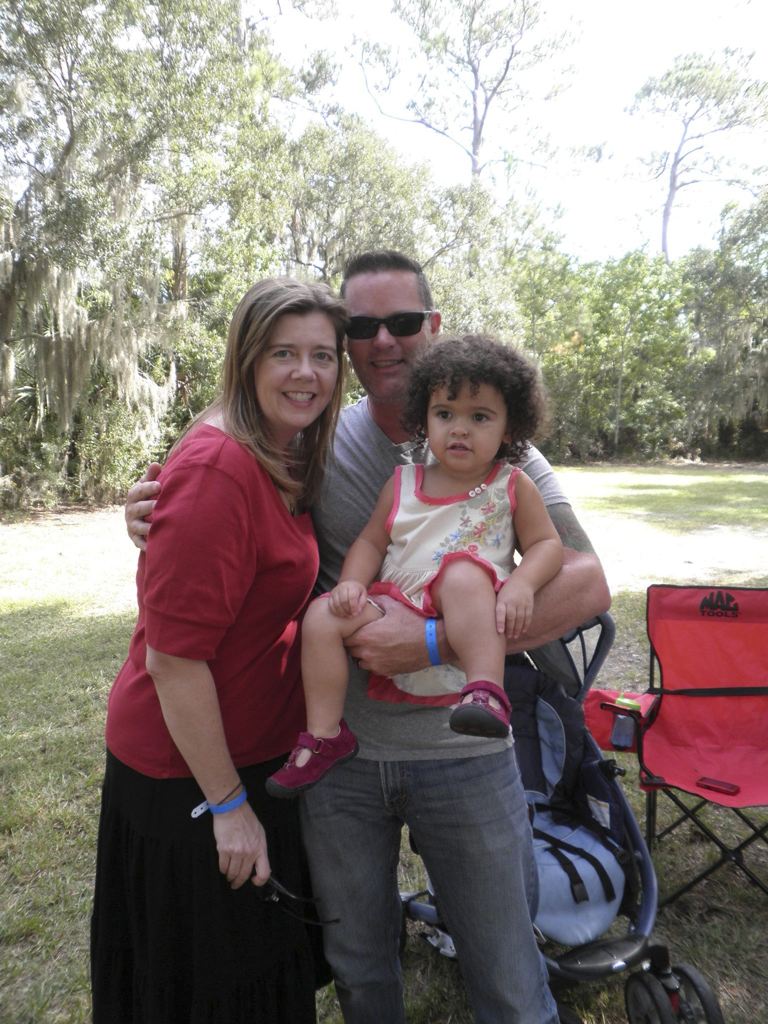 The U.S. Supreme Court on Tuesday threw out a lower court order requiring a South Carolina couple to turn over a young girl they had raised since birth to her biological father simply because he was an American Indian.

By a 5-4 vote, the court ruled in favor of Matt and Melanie Capobianco, who had been caring for the girl they named Veronica until a family court ordered them to turn her over to her biological father Dusten Brown, a member of the Cherokee Nation.

When it comes to topics like abortion or assisted suicide, there seems to be no common ground between conservatives and liberals. Why is there such a noticeable rift between the two political orientations?

“Does being religious or being conservative promote a rule-based ethic or does having a rule-based ethic promote religiosity and/or conservatism?” Piazza told PsyPost. “This question is difficult to answer definitively without running a longitudinal study, since you cannot really manipulate religious orientation, or being in possession of a deontological orientation, and then look at the consequences.”

The study’s cross-sectional methodology makes it impossible to say anything more than religion and conservativism are associated with deontological ethics. However, Piazza said prior research suggested that being religious underlies the adherence to deontological ethics

“I think it is more likely that being religious — and being religious in a particular way — is what promotes deontological commitments, and not the other way around,” he told PsyPost. “In a recent unpublished study I conducted with my colleague Justin Landy at Penn, we found that it is a particular sub-class of religious individuals that are strongly opposed to consequentialist thinking. Specifically, it was religious individuals who believe that morality is founded upon divine authority or divine commands, and that moral truths are not obtained via human intuition or reason, who were strong deontologists (i.e., they refused to find various rule violations as permissible even when the consequences were better as a result).”

There was a notable exception. When it came to torture, Piazza described American conservatives as “full-blown consequentialists.” But the same could not be said of religious individuals.

“In other words, political conservatives found torture acceptable when it brought about a greater good, but religious individuals found torture less acceptable even when it was a means to a greater good,” he told PsyPost. “Past research by Kevin Carlsmith and Avani Sood have shown that Republicans are more likely than Democrats to view torture in the context of military interrogation as a form of retributive justice (i.e., the detainee ‘deserves’ to be punished because of their involvement in previous criminal activity), which may promote their more permissive stance towards torture, at least in this context. So one possibility is that conservatives in our study conceived of torture in the context of harsh military interrogations (i.e., it was the primary form of torture that came readily to mind), and this is what explains their consequentialist stance towards it.”

OP: This reminds me of the GOP/conservative arguments about a lot of issues, especially abortion: "ALL of the babbies MUST be born--ALL of them! Who cares what happens to them AFTER they're born! Who cares about the mental or physical welfare of the woman carrying the pregnancy? The babbies MUST ALL BE BORN! NOTHING ELSE matters! Because why? Just because, silly! They just MUST, that's all!"

Apply the same "logic" to the issue of your choice; lather, rinse, repeat. <--This is what Repug politicians do all day, obviously!

The Court's decision to strike down DOMA is a major victory for couples who cannot petition for immigration status under federal law, forcing them to leave the U.S., find other avenues for legal visas, live apart or risk deportation by remaining in the country without status.

It also takes some pressure off Congress, where many Democratic lawmakers say they would like to see immigration reform deal with same-sex binational couples, but not at the expense of getting a bill passed. Republican senators have said that an amendment from Sen. Patrick Leahy (D-Vt.) to allow married same-sex couples to receive immigration benefits is a "poison pill," and it almost certainly won't be included in the comprehensive "gang of eight" bill expected to pass the Senate later this week.

Under DOMA, same-sex couples are unable to petition for spousal green cards in the way heterosexual couples can. There are an estimated 40,000 binational same-sex couples in the U.S., according to the Williams Institute, a think tank affiliated with UCLA Law School.

Edit for Prop 8 ruling:
Chief Justice John Roberts, who wrote the majority opinion on Proposition 8, said referring to the previous federal appeals court decision on the case, "We have no authority to decide this case on the merits, and neither did the 9th Circuit."

A first of its kind, the New York senate just passed a bill that not only will require convicted animal abusers to register as such in New York (just like registered sex offenders), but also will require them to undergo psychiatric evaluation. As many are aware, animal abuse/torture is a gateway behavior to human abuse/murder.

[personally, as someone who works for a rescue, i like this idea. what do the rest of you think?]

ETA: hey mods, could we get a TW for animal abuse tag, please? i added it to my cut line but it would be a good tag too. thx!

Close Call For Indian Rights in Baby Girl Ruling
When it ruled that a Cherokee girl could be returned to her adoptive parents, the Supreme Court came close to invalidating an act that has protected Indians for 40 years. It could have been worse, writes Marcia Zug

On Tuesday, the Supreme Court decided Adoptive Couple v. Baby Girl. As an ardent supporter of the Indian Child Welfare Act (ICWA), the act at the heart of this case, my initial reaction was, “it could have been worse.” If fact, two months ago I wrote an article detailing the numerous ways the Baby Girl decision could decimate ICWA and even destroy most federal Indian law legislation. However, Tuesday’s decision was a narrow one. Only one justice, Justice Thomas, decided to directly question the constitutionality of ICWA, while the remaining justices who formed the 5-4 majority based their decision on a very limited reading of a particular provision of ICWA.

ICWA is a federal statute that was passed in 1978 in response to the disproportionate removal and adoption of Indian children. One of the ways in which the act attempts to prevent unnecessary removals is by forbidding the involuntary termination of an Indian parent’s parental rights unless “continued custody” with the parent would pose a serious risk to the child. In yesterday’s decision, the Court interpreted this provision as limited to Indian parents who had previously exercised legal or physical custody of their child. According to the court, any other interpretation did not comport with the well-established meaning of “continue.”

Consequently, on its face, the Baby Girl decision is a limited one. This fact is further supported by Justice Breyer’s concurrence. In his concurrence, Breyer recites a long list of scenarios potentially implicated by this decision but which he explicitly states are not addressed by it. For example, Breyer notes that this case does not involve or decide whether involuntary termination is applicable to an Indian father with visitation rights, or a father who has paid child support, or a father that was deceived about the pregnancy. Instead, Breyer notes, the Baby Girl decision is fact specific and does not decide “more than is necessary.”

Nevertheless, despite the repeated reassurances that Baby Girl is a limited decision, there are indications in the Court’s opinion that a sweeping Indian law case may be on the horizon.
( Collapse )

(CNN) -- The Texas state senator whose filibuster of an abortion bill became a national phenomenon has a long history of persisting against tough odds.
Wendy Davis -- the 50-year-old Democrat who stood and spoke for 13 hours Tuesday at the Texas Capitol -- went from being a teen mom to graduating from Harvard Law School.
She began working after school at age 14 to help support her single mother and three siblings, according to her campaign website. "By 19, Wendy was a single mother herself, working two jobs to make ends meet in hopes of creating a better life for her young daughter."
( Collapse )
Source: Blueberry muffins

I chose this article because the headline stood out to me. Also, so that we can mock CNN. I am so happy today with what happened last night in my hometown of Austin and with the SCOTUS ruling of DOMA. But with the SCOTUS also striking down part of the Voting Rights Act, my happiness is not complete.

After a half-day filibuster that was controversially halted by Lt. Gov. David Dewhurst, Republicans in the Texas Senate scrambled to quickly pass the equally controversial abortion bill SB5, but were halted themselves by two hours of motions and parliamentary inquiries from Democrats trying to run out the clock on Gov. Rick Perry's special session.

In the end, it all came down to a last-minute vote that could barely be heard over the din of cheers from pro-choice activists gathered in the gallery.

But where did that last minute fall — before or after the bill's midnight deadline?

The Associated Press and several other large media outlets initially reported that the bill had passed, taking Lt. Gov. Dewhurst's word that the vote was taken "just before" 12 AM.

But Democratic State Senators and the tens of thousands who witnessed the vote live on a YouTube stream were skeptical.

As well they should have been.

Screengrabs of the official SB5 results page captured by several wonks clearly show the record vote was called after midnight local time, and was therefore dated 6/26.

Two Swedish teen girls were convicted on Tuesday for aggravated defamation and ordered to pay a total of 570,000 kronor ($85,370) to their victims, for their role in operating a "slut-shaming" Instagram account that led to rioting in Gothenburg.

OP: What do you think? Too harsh or should more people be held accountable for what they say on social media?

After a one-woman filibuster and a raucous crowd helped derail a GOP-led effort to restrict Texas abortions, Gov. Rick Perry announced Wednesday that he's calling lawmakers back next week to try again.

Perry ordered the Legislature to meet July 1 to begin 30 more days of work. Like the first special session, which ended in chaos overnight, the second one will include on its agenda a Republican-backed plan that critics say would close nearly every abortion clinic across the state and impose other widespread limits on the procedure.

"I am calling the Legislature back into session because too much important work remains undone for the people of Texas," Perry said in a statement. "Texans value life and want to protect women and the unborn."

The first session's debate over abortion restrictions led to the most chaotic day in the Texas Legislature in modern history, starting with a marathon filibuster and ending with a down-to-the wire, frenetic vote marked by questions about whether Republicans tried to break chamber rules and jam the measure through.

The governor can convene as many extra sessions as he likes and sets the agenda of what lawmakers can work on. Also listed on the session's agenda are separate bills to boost highway funding and deal with a juvenile justice issue.

Lt. Gov. David Dewhurst, who oversees the flow of legislation in the Senate, hinted that another special session was coming when he told lawmakers "see you soon" after the first session adjourned.

Many of the same abortion rights groups that staged Tuesday's night's protests took to Twitter on Wednesday, promising they had more in store.

The entire process starts over, with bills that must be filed by individual lawmakers, undergo a public hearing and be passed out of committee before they can be considered by both chambers.