An Indiana lawmaker plans to introduce a bill that would outlaw and criminalize all forms of abortion in Indiana.

Under his proposal, all abortions would be a crime and prosecutors could file charges against those who participate in the procedure.

Reporters seeking to understand his voters should head to the suburbs.


The autopsies of Hillary Clinton’s loss in last week’s election keep pouring in, and the cause of death is nearly unanimous: The white, rural, working class voter did it.

Townhall’s Matt Vespa called it “the revenge of the white working class,” Politico the “Revenge of the rural voter.” Clinton, according to CNN contributor and historian Stephanie Coontz, “was simply unable to present herself as a forceful defender of everyone who has been left behind by the march of globalization, professionalization and the emergence of a new just-in-time, winner-take-all economy.” And Cracked’s David Wong, in an article with nearly ten million views, explains why rural voters came out so strongly for Trump: “To those ignored, suffering people, Donald Trump is a brick chucked through the window of the elites. ‘Are you assholes listening now?’”

OP: There is an update to the story I have posted below: two police officers from the 'Sureté du Québec' or SQ (i.e. the Quebec provincial police) are being charged with sexual assault against indigenous women. However 37 cases were submitted for consideration and only two resulted in charges, so what is said below still stands (i.e. see the following story).

Also, please note that this is an update of the following post to this list, detailing how indigenous women were being sexually assaulted by Quebec police. Val-d'Or is the town in Quebec where the first women came forward. Please note that for this post and all associated links, trigger warnings apply for racism and sexual assault.
----------------------
'Betrayed, humiliated' Val-d'Or women speak out after no charges against police accused of abuse 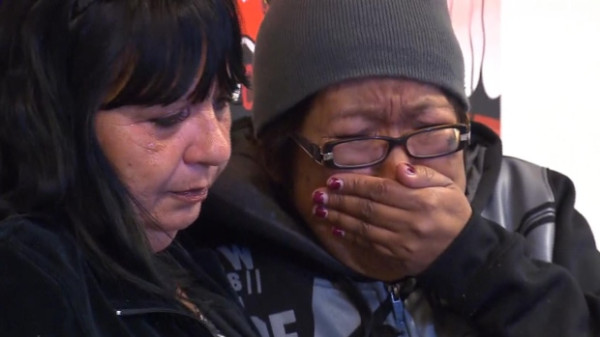 OP: This is really really horrible and these women need to get justice. This link states that the Quebec provincial government has also refused to hold a public inquiry into this.

Some additional links:
-More details on this situation are in my previous post to this comm: 'More aboriginal women allege abuse at hands of Quebec provincial police'.
-Another post: 'On Canada's National Inquiry into Missing and Murdered Indigenous Women and Girls'. (Because this abuse is part of a larger issue of systemic racism in Canada.)
-UN human rights report shows that Canada is failing Indigenous peoples. (At Amnesty International)
-A link to another earlier post of mine, on the suicide crisis in indigenous communities in the country. (Trigger warning for this link: self harm.) 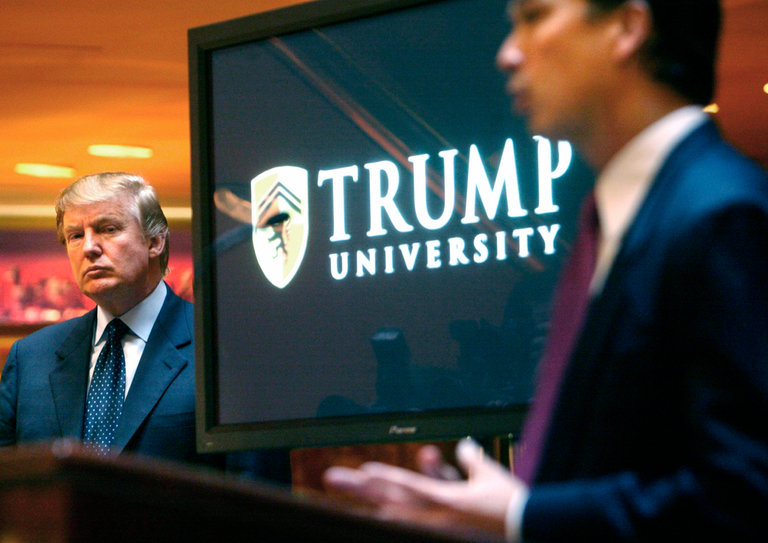 Donald J. Trump in 2005, when he announced the establishment of Trump University. Credit Bebeto Matthews/Associated Press

Donald J. Trump has reversed course and agreed on Friday to pay $25 million to settle a series of lawsuits stemming from his defunct for-profit education venture, Trump University, finally putting to rest fraud allegations by former students, which have dogged him for years and hampered his presidential campaign.

The settlement was announced by the New York attorney general just 10 days before one of the cases, a federal class-action lawsuit in San Diego, was set to be heard by a jury. The deal averts a potentially embarrassing and highly unusual predicament: a president-elect on trial, and possibly even taking the stand in his own defense, while scrambling to build his incoming administration.

It was a remarkable concession from a real estate mogul who derides legal settlements and has mocked fellow businessmen who agree to them.

But the allegations in the case were highly unpleasant for Mr. Trump: Students paid up to $35,000 in tuition for a programs that, according to the testimony of former Trump University employees, used high-pressure sales tactics and employed unqualified instructors.

The agreement wraps together the outstanding Trump University litigation, including two federal class-action cases in San Diego, and a separate lawsuit by Eric T. Schneiderman, the New York attorney general. The complaints alleged that students were cheated out of thousands of dollars in tuition through deceptive claims about what they would learn and high-pressure sales tactics.

“I am pleased that under the terms of this settlement, every victim will receive restitution and that Donald Trump will pay up to $1 million in penalties to the State of New York for violating state education laws,” Mr. Schneiderman said in a statement. “The victims of Trump University have waited years for today’s result, and I am pleased that their patience — and persistence — will be rewarded by this $25 million settlement.”