“Time for a tree and a rope,” Burnet County Judge James Oakley wrote on Facebook. 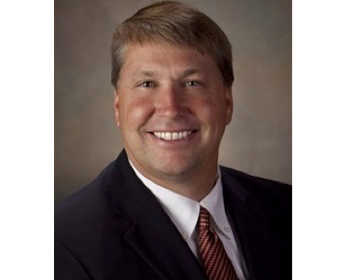 Burnet County Judge James Oakley has apologized after suggesting that a suspect should be lynched.

A Texas judge is under fire over a comment he posted to Facebook suggesting that a black man suspected of killing a local police officer should be lynched.

“Time for a tree and a rope,” he posted on Monday to the San Antonio Police Department’s Facebook page, according to the Austin American-Statesman.

Burnet County Judge James Oakley took responsibility for the rash words on Wednesday. He apologized and called his language “unfortunate,” but denied that it contained any racial undertones.

“I never made that connection but I do see how somebody could make that connection and be offended towards that. That was not my intent,” he told The Huffington Post on the phone. “Maybe I watched too many Westerns when I was little.”

The article he posted contained news of an arrest made in Sunday’s shooting death of San Antonio Police Detective Benjamin Marconi. Otis Tyrone McKane, who is black, was arrested on suspicion of murdering Marconi one day after the detective, who was white, was fatally shot inside his patrol car.

In an emailed statement, Oakley called his response “curt and harsh.”

“What I should have posted, if anything, is a comment that more clearly reflects my opinion on the cowardly crime of the senseless murder of a law enforcement officer. My view of the ‘suspect,’ whom has admitted to the murder, is the same regardless of ethnicity or gender,” he said. (The suspect had told police when he was arrested that he “lashed out at somebody,” adding “I’m sorry.”)

Oakley added that he was an advocate of due process and doesn’t preside over criminal court.

“I also support the death penalty in cases where the ultimate crime has been committed and there is clear and complete evidence and where all steps of the judicial process have been respected,” he said.

A group that monitors Texas’ Pedernales Electric Cooperative, where Oakley is a board officer, was among those enraged by his words.

“A sitting County Judge in Texas has suggested that a black man accused of a crime in Houston, TX should be lynched. Do the members and employees of PEC agree with Mr. Oakley’s statement? Do the people of Burnet County? I trust they do not agree,” it continues. “I hope they believe America to be a nation of laws and due process. The accused is entitled to a defense before a jury, however heinous the accusations against him may be.”

Sherry Bellamy
on Wednesday.
County Judge Oakley just advocated that a black man accused of a crime should be lynched.
This is 2016 and one of your judges is advocating lynching? This is despicable. A man like that should not be a judge.
Burnet County, Government Organization

The Wisconsin Elections Commission announced Friday that it would hold a statewide recount of the presidential vote. The move was in response to petitions from two candidates, the Green Party's Jill Stein and independent Rocky Roque De La Fuente.

Federal law requires that all recounts be finished 35 days after the election, which is Dec. 13. One or both of the candidates will be required to pay for the recount.

"We have assembled an internal team to direct the recount, we have been in close consultation with our county clerk partners, and have arranged for legal representation by the Wisconsin Department of Justice," said Wisconsin Elections Commission Director Mike Haas in a statement.

Republican Pat McCrory Requests Recount In North Carolina Governor's Race
"We plan to hold a teleconference meeting for county clerks next week and anticipate the recount will begin late in the week after the Stein campaign has paid the recount fee, which we are still calculating."

Haas added that the process is very detail-oriented and he is concerned that some counties will be challenged to finish on time. In a recount, ballots must be examined to determine voter intent before being counted.

Stein has been leading the effort to force general election recounts in certain swing states. Her effort continues to gain steam — and money.

To cover the cost of the recounts, Stein launched a fundraising campaign, which has raised more than $5 million in less than three days.

Stein's fundraiser website explicitly says the campaign is not an effort to help Democratic presidential candidate Hillary Clinton, but to "ensure the integrity of our elections." Clinton has not commented on the efforts.

The deadline to file for a recount in Pennsylvania is Monday and Michigan's is Wednesday.
( Collapse )