Alt-Right is a Gigantic White Safe Space for Crying White Babies. Fear Machine to Push GOP into the White Embrace of Their New White Knights.

Ben Shapiro on how the group will take advantage of its newfound prominence.

Ben Shapiro is a conservative columnist, former Breitbart editor-at-large, and Never Trump–er who’s now facing anti-Semitic threats from the alt-right. On The Gist, he spoke with Mike Pesca about Donald Trump’s election and what Steve Bannon really means for this country. The interview has been edited and condensed for clarity.

Is Steve Bannon an anti-Semite?

No, I have no evidence that Steve’s an anti-Semite. I think Steve’s a very, very power-hungry dude who’s willing to use anybody and anything in order to get ahead, and that includes making common cause with the racist, anti-Semitic alt-right.

I want to be careful about attributing personal anti-Semitism to him. I will say that it is appeasement of anti-Semitism, which in my book is certainly not a good thing.

So whatever he has in his heart, he countenances it for either political or media gain.

He certainly did with the alt-right, for sure. And that doesn’t mean that Breitbart itself has been anti-Israel—it hasn’t been. It’s a very right-wing site when it comes to Israel. It also doesn’t mean that Jews who work there, like Joel Pollak for example, have been discriminated against, because they’ll say they haven’t, and I wasn’t when I was working there.* What it does mean is that he allowed the site to be taken over and used by a bunch of alt-right people who are not fond of Jews, are not fond of minorities.

Is this basically the comments section? I have heard him talk about how important it was to let the comments bubble up and drive the direction of the site.

I’m talking about that. I’m also talking about the relationship that he’s had with some of the popularizers of the alt-right, people who wouldn’t consider themselves overtly alt-right but have made a big deal out of providing popular appeal to it. People like Milo Yiannopoulos or the folks who they call the Meme Team who traffic in alt-rightness.

The Alt-Right Is Using Trump

Washington (CNN)--Hillary Clinton's campaign said Saturday it will take part in efforts to push for recounts in several key states, joining with Green Party candidate Jill Stein, who has raised millions of dollars to have votes counted again in Wisconsin.

But, in a post on Medium, Marc Elias, the campaign's counsel, said the campaign's own investigation has not uncovered any evidence of hacking of voting systems.

In the campaign's most detailed comments to date on the recount, Elias wrote that while the campaign was not going to contest the results itself, it has decided now to take part in the effort to "ensure that it is fair to all sides."

Green Party officials filed Friday for a recount in Wisconsin after reports of voting discrepancies.

Wisconsin Green Party co-chairman George Martin said that the party was seeking a "reconciliation of paper records" -- a request that would go one step further than a simple recount, which is expected to begin next week, and that he hopes will spur an investigation into the integrity of the state's voting system.

Every year, the president of the United States pardons the national Thanksgiving turkey in front of an audience, and President Obama has always made sure it's an event to remember. Last year, he embarrassed daughters Sasha and Malia with the dad joke of the century, and this year — his last year in office — he decided to double down on his so-bad-they're-good one-liners while standing next to his adorable nephews (who "still believe in bad puns"), Austin and Aaron Robinson. Watch the video below (starting at the 28:30 mark) to see him speak for yourself, and if you can't wait, skip ahead to every incredible dad joke from his last turkey pardoning speech.

U.S. President-elect Donald Trump on Saturday called a request for a recount of votes in Wisconsin a “scam” by the Green Party and said even his Democratic challenger Hillary Clinton had said the election results should be accepted.

I don't know about anyone else, but I am enjoying the fuck out of this whole recount thing. Even if it doesn't change a thing, the relief of having something to focus on for a while other than the horrible news of one nightmarish cabinet appointment after another is YUGE.

P.S. The fundraising tally is now over 5.96 million!

“But there are skills, emotions and needs that do not just leave a person with Dementia or Alzheimer’s. The desire to give love and receive love remains.” 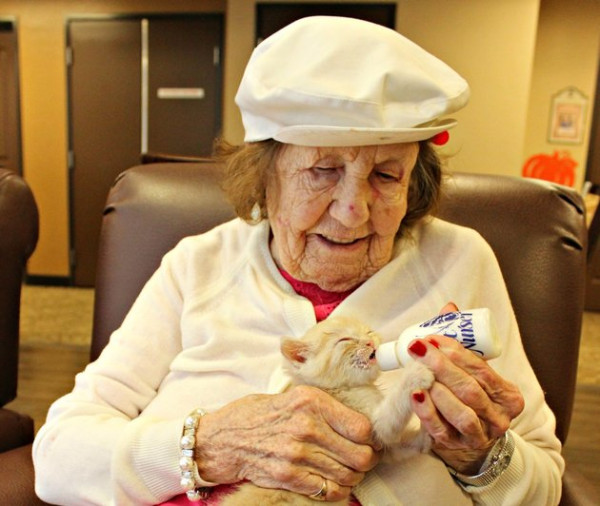 ( Collapse )
OP: I must have something caught in my eye, dang it...

Soon after the election, I was one of those arguing that Republican electors should vote for someone other than Donald Trump when the electoral college convenes on December 19. My contention was simply that Trump is fundamentally unfit to be president. Many Republicans declared Trump unfit during the 2016 campaign, and Trump has a disturbing record of bigotry, misogyny and sexual abuse, dishonesty, predatory business practices, association with organized crime figures, and misuse of charitable entities. He also has advocated for torture, bombing civilians, and other reckless acts that no conscientious military officer could carry out.

Since he declared victory, however, Trump’s own actions have made the case for dumping Trump much, much stronger. I still seriously doubt enough electors will do the right thing and deny Trump the 270 electoral votes he needs. But if they care about our country and its values, they must not vote for Trump.

Here are the reasons why:( Collapse )

After reading this, the idea of Drumpf actually being inaugurated as our potus makes me even sicker to my stomach than it already did. (And that's saying a lot!) This author has pointed out a number of things that were new to me and put in perspective many more that I was in danger of losing sight of in the aftermath of this disastrous election, stitching it all together into one coherent and horrifying picture. I hope to God(s) that this catastrophe can somehow be averted, whether by recounts, the electors taking matters into their own hands, or some other means of which we're not even cognizant at this point. I know better than to hold my breath, but OMFG, this is bad. So, so, SO BAD.
Collapse