England’s got a new Queen ― that is, if Excalibur’s legend is true.

A 7-year-old girl in Cornwall, England, is making news after reportedly pulling a four-foot sword out of the same lake that King Arthur’s Excalibur blade is said to have been tossed.

Matilda Jones was swimming around Dozmary Pool in Bodmin Moor, Cornwall, on Tuesday, when she caught sight of the shining metal beneath the water’s surface, The Sheffield Star reported.

“She was only waist deep when she said she could see a sword,” Matilda’s father, Paul Jones, who was with her at the time of the discovery, told the Star.

the duke of HuffPo 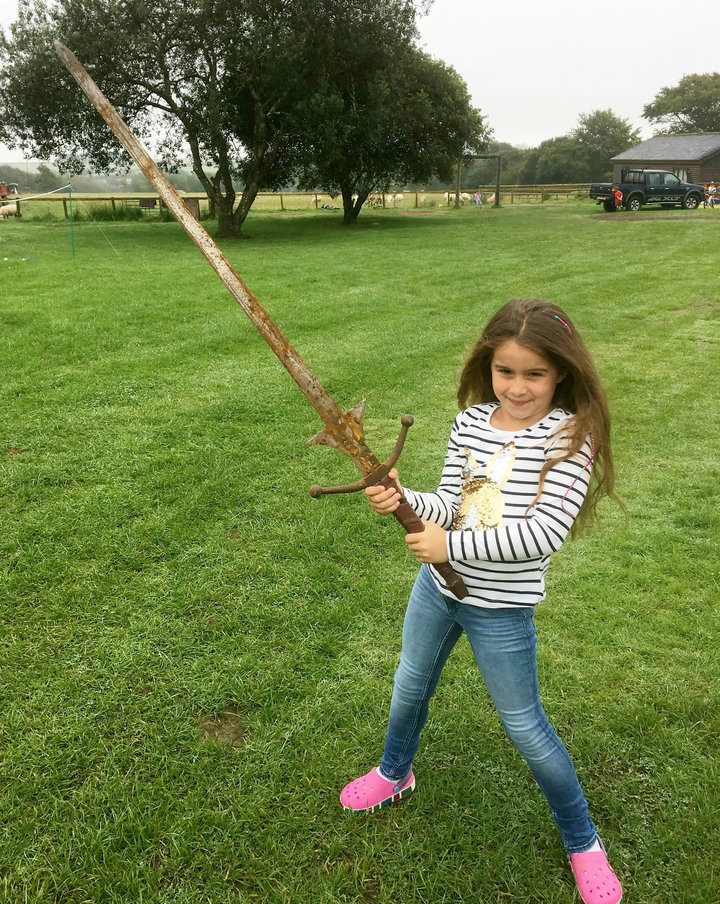