The Times and Google: what's going on? 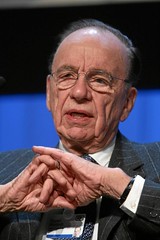 Mystery as all Times content disappears from Google and then returns.

15:40 UPDATE: TimesOnline has now returned to Google's index. Jaamit Durrani reports that the Times's SEO team are claiming technical problems were to blame but, as he argues, this isn't convincing. How could a technical error remove an entire site from Google's index? I think it's safe to assume this was a dry run.

Rupert Murdoch has long threatened to remove his papers' stories from Google as part of his war against the company's "content kleptomaniacs". And today, at least in the case of the Times, he's done just that.

In advance of the launch of the paper's paywall this summer, all Times Online content has disappeared from Google's index. Try searching for the latest columns by David Aaronovitch, Daniel Finkelstein et al and you'll have no luck.

As others have noted, the absence of a robots.txt file telling Google to remove pages from the index, suggests that they were manually removed by the company at Murdoch's request.

Given the huge amount of traffic that Google drives to news websites, this amounts to a big gamble. But Murdoch's view is that the presence of his news stories on Google, among thousands of others, robs them of their distinctiveness and value.

In any case, the News Corp head is more concerned with pushing people back to print than he is with successfully charging for digital content. As his biographer Michael Wolff has written: "The more he can choke off the internet as a free news medium, the more publishers he can get to join him, the more people he can bring back to his papers. It is not a war he can win in the long term, but a little Murdoch rearguard action might get him to his own retirement. Then it's somebody else's problem."

With the Sun and the News of the World set to follow their Wapping neighbours and charge for content later this year, we can expect those titles to soon exit Google as well.