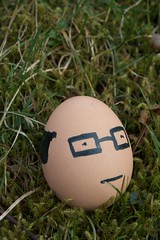 A Facebook group criticising Nick Robinson’s pro-Tory bias has attracted over a thousand followers within a few days.

This group believes that Nick Robinson is too biased to serve as the BBC’s political editor.

Former president of the Oxford University Conservative Association and one-year National Chairman of the Young Conservatives, Nick Robinson is consistently unable to disguise his bias in favour of the Conservative Party. We therefore believe the BBC should install a new and more balanced political editor as soon as possible.

a) Comparing Cameron to Disraeli before he’s even taken office;

b) Talking about Downing Street as a ‘Labour free zone’;

c) Talking about Gordon Brown as the ‘unelected prime minister’;

d) Talking about the Conservatives as having ‘won’ the election;

e) Talking about a rainbow coalition as a ‘coalition of losers’;

f) The clear pleasure on his face when the Tories returned to power.

Update
There is in fact a much bigger group calling for Kay Burley to be sacked. Among examples of her partial reporting was this interview where she claimed people voted for a Hung Paraliament and that protestors who want electoral reform should “just go home”.