‘Blunkett’s sight is to blame for immigration’ 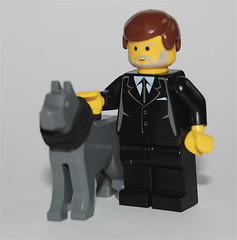 Here is the columnist Melanie McDonagh in the Telegraph today:

Benedict Brogan’s admirable article in this paper last week describing mass immigration as Labour’s real legacy came to mind. He observed, correctly, that one reason Gordon Brown lost it on immigration was that, with his ethnically homogenous Scottish constituency and rarefied London social circles, he never really encountered its effects.

Mr Brogan was too kind to say, so let me do it, that one reason why much of the influx took place when David Blunkett was home secretary is that he was blind; he couldn’t actually see what was happening.

I suppose it had nothing to do with the enlargement of the EU in 2004 then.

Melanie McDonagh’s real beef is that there were these “bearded men in white robes” who were daring to demonstrate against Israel in London over the weekend. Why couldn’t Londonders be more like the “amiable women over 60 with printed skirts, white hair and sandals” that she saw earlier?

The problem is “mass immigration from the Muslim world” – except that most immigration during David Blunkett’s reign was from Eastern Europe.

There never has been “mass immigration from the Muslim world” in the UK.

Of course it doesn’t stop merely with wilful ignorance or accusation of bizarre theories that if Blunkett could see he would have been more racist. She also accuses immigrants of hurting the quality of Religious Education in the UK. The Ofted report she mentions doesn’t discuss migration, because it hasn’t had an effect on religious education, but she crowbars it in somehow.

When it comes to education policy she informs us she “met a really nice Pakistani Catholic last week.” She asks us to take a lesson on how to do education from Pakistan. This woman really doesn’t do subtlety (some of my best friends are brown, she informs us) or deep thinking (Pakistan has a religious atmosphere conducive to a free society!). Bilge.

Source: Liberal Conspiracy
Can we have an 'ableism' tag up in here please, mods?