It's President Obama's 49th birthday....hope he has a great one in Chicago!! 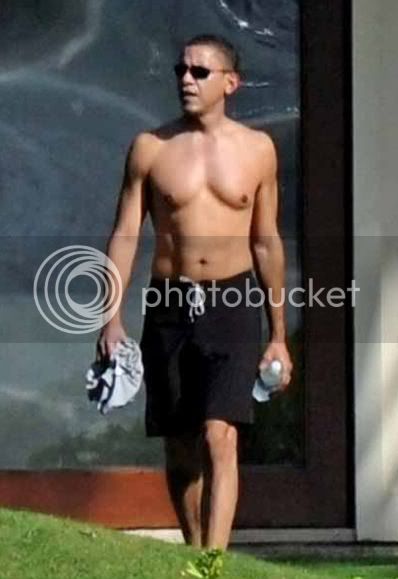 Your request is being processed...
Home alone, President Barack Obama turned 49 on Wednesday.

First lady Michelle Obama has taken their youngest daughter, Sasha, to Spain. Their other daughter, Malia, is away at summer camp.

Obama hasn't shied away from talking about his birthday, noting that his hair is getting grayer and his metabolism is slowing down as another year passes. White House press secretary Robert Gibbs says that while there's no doubt that the presidency comes with enormous physical and mental strain, Obama "greatly enjoys" the job.

Obama is heading home to Chicago for a birthday celebration dinner Wednesday evening with friends. He'll spend the night in his own house in the city's Hyde Park neighborhood. Meanwhile, the president's birthday – though a year shy of the Big 50 milestone – is being used in this election year as a prime fundraising opportunity for Democratic candidates and party organizations, through mailings, e-mails, parties and other birthday-themed outreach.

On Thursday, Obama will tour an auto plant in Chicago and attend Democratic fundraisers before returning to Washington.