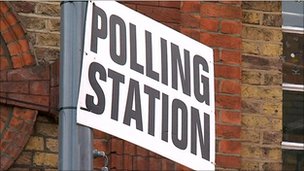 Plans for sweeping changes to English constituency boundaries for the next election are set to be published.

MPs will get their first look later at which seats may disappear and how others may change as overall Commons numbers are cut by 650 to 600 by 2015.

High-profile figures who might be affected include George Osborne, Danny Alexander, Chris Huhne and Ed Balls.

Details for Northern Ireland will also be published. Scotland and Wales will come at a later date.


The independent Boundary Commission will publish outline details for each of the 502 proposed parliamentary seats in England at midnight on Tuesday as part of the most far-reaching reconfiguration of the Parliamentary map in a generation.

Although the plan will be provisional - and will be subject to extensive consultation over the next two years - it will give a glimpse of the boundaries that the 2015 general election will be fought under.

Under plans agreed by Parliament earlier this year, the total number of MPs will be cut by 8% while constituencies across the UK are to be redrawn to ensure they comply with new rules standardising their population size between 72,810 and 80,473.


High-profile MPs whose seats may be merged with others as part of the shake-up include Chancellor George Osborne, MP for Tatton, shadow chancellor Ed Balls, MP for Morley and Outwood and Energy Secretary Chris Huhne, MP for Eastleigh.

The Commission has already given details of how each region will be affected, with the North West set to lose the most seats - its overall representation due to fall by seven seats to 68.

At the other end of the scale, the South East is scheduled to lose just one seat.

The full details of allocated English seats, region-by-region, are:


With 31 seats in England set to disappear altogether, many MPs have been awaiting the outcome of the outline review with trepidation.


MPs whose constituencies are set to be effectively abolished will have to find another seat to contest if they wish to remain in Parliament, leading to a fierce scramble in the run-up to the next election.


One option open to them is to go up against another MP in an internal selection battle for the right to represent an existing or newly formed seat.


It has been widely speculated that Lib Dem MPs Charles Kennedy and Danny Alexander could have to fight it out for one seat in northern Scotland if the former's disappears.


Another option for MPs without a seat to contest is to succeed any MP who chooses to retire and not stand in 2015, thus creating a vacancy.

Senior party figures affected are likely to choose the latter route to try and remain in the Commons, although it is thought far fewer MPs will stand down in 2015 than in 2010 - when the expenses scandal lead to a flurry of departures.

MPs and other interested parties will be able to "appeal" against the Commission's provisional findings as part of a 12-week consultation process.

They will be able to put their arguments in person during a series of public hearings but there will be no system of cross-examination as there was in the past at public enquiries.

After considering these arguments, the Commission will then release a revised plan, which itself will be subject to extensive consultation.


The final plan must be submitted to Parliament by October 2013 to be in place for the next election - scheduled for May 2015.

Redrawing constituency boundaries means some seats won by one party in 2010 may notionally switch to another party, while some seats may change character and be marginal or safe as a result.


No constituencies will cross national borders but critics say the shake-up will create seats spanning traditional county and local boundaries.

Under the plans, nearly every seat must be no more than 5% larger or smaller than the 76,641 average, with the Western Isles, Orkney and Shetland and the Isle of Wight - which will have two seats - being the exceptions.


Labour believes it will be hardest hit by the changes, since many smaller, inner-city seats it holds in its traditional Northern heartlands are likely to disappear.


Labour MPs and peers opposed plans to make constituencies more uniform in size earlier this year, arguing they were rushed and not clearly thought through.


The Conservatives have argued the system - which will narrow the difference between the number of votes MPs in different parts of the country need to get elected - will be much fairer.


Election experts have cautioned against drawing conclusions about the likely political consequences of the changes, both in terms of seats won and the potential outcome of the next election, until the final complexion of the constituency map is clear.

The Boundary Commission for Northern Ireland will also publish preliminary recommendations at midnight, with its number of constituencies being reduced from 18 to 16.

The Boundary Commission for Scotland will release its provisional proposals on 13 October, with Scotland set to see its representation fall by seven seats to 52.

The authorities in Wales will report in January 2012, with seat numbers due to fall by 10 to 30.