Nate Silver weighs in on Akin's comments. Some Republicans want Akin to withdraw.

In my review of Senate races last week, I classified Representative Todd Akin of Missouri, who won the Republican primary earlier this month, as a very slight favorite over the Democratic incumbent in the state, Claire McCaskill. 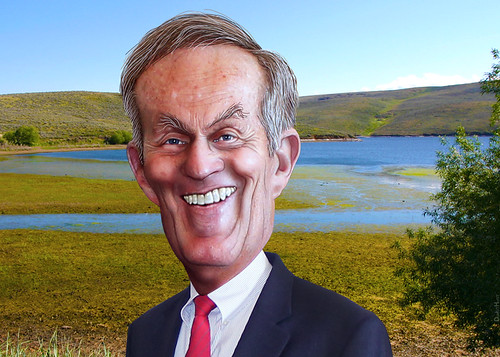 Although some Democrats were pleased that Mr. Akin was the nominee, he nevertheless held a small lead over Ms. McCaskill in the polls, which averaged five percentage points across four surveys conducted in July and August.

But that was before Mr. Akin’s controversial remarks about rape in an interview with a St. Louis television station that was broadcast on Sunday morning. The comments, and Mr. Akin’s subsequent explanation of them, drew overwhelmingly negative sentiment at social networking platforms, including on Mr. Akin’s Facebook page.

No two controversies are alike, and we’ll have to wait for polling data to see what impact this has on the race. But based on some loose historical precedents, the remarks could be enough to swing the polls to Ms. McCaskill.

In August 2006, Senator George Allen, then the Republican incumbent in Virginia, was videotaped using the term “macaca” at a rally, which was interpreted by some as a racial epithet against a staff member for his Democratic opponent, James Webb.

Last February, in another instance of apparent racial insensitivity, the Republican candidate Pete Hoekstra of Michigan, a former United States representative, released an attack ad against the Democratic incumbent, Debbie Stabenow, that was deemed offensive by Asian-American groups. Mr. Hoekstra’s standing also declined in the polls. He had trailed Ms. Stabenow by an average of eight percentage points in three polls conducted in late 2011, before the ad’s release. But the gap averaged 18 points in two polls taken just after the commercial was released, although it has recovered some since.

These episodes in Virginia and Michigan, which produced a net swing of about 10 percentage points in the polls against the candidate involved in the controversy, appear as though they may represent fairly typical cases.

A paper by Nicholas Chad Long of St. Edward’s University examined the performance of Senate candidates running for re-election between 1974 and 2008 who were involved in various types of controversy.

Mr. Long identified 21 cases in which the controversy surrounded a public statement the candidate had made. He found that, on average, these candidates received about 5  percent less of the vote than they otherwise would have on Election Day, controlling for other factors. Since most Senate races are two-way contests, losing five percentage points also implies that the opponent gains five percentage points, meaning that the net swing is equal to 10 points.

If Mr. Akin lost a net of 10 points in the polls to Ms. McCaskill because of the remark, he would be trailing her by five points in surveys rather than leading her by about that margin.

It can be easy to overrate the importance of scandals in the first few days after they occur. Many voters will vote along party lines almost no matter what, and others will decide based on factors like the economy or an incumbent senator’s voting record.

Nevertheless, my view is that insensitive comments concerning rape are especially likely to be deemed inexcusable by voters, and that the swing against Mr. Akin could be larger than the average of 10 percentage points from similar events.

Some Republican activists on social media platforms, perhaps going through a similar calculation, are calling on Mr. Akin to withdraw from the race. An effort to replace a candidate on the ballot would create controversy of its own, potentially including legal challenges. But if the swing against Mr. Akin in the polls is 10 percentage points or more, it might be an avenue Republicans would need to consider if they want to maximize their chances of taking over the seat.