That sure didn’t go as planned.

Indiana Republicans called for people to share “ Obamacare horror stories” on social media, but the only horror many people expressed was at the idea of losing it if the GOP repeal plan passes Congress.

Instead, they recounted how the Affordable Care Act had helped them, and urged Republicans to keep it in place.

I just LOVE it when Republicans trip themselves up with their own stupidity! The Facebook page (linked in the second paragraph and elsewhere) has tons more cool "horror stories."

Pence’s Medicaid experiment confounds expectations on the left and right 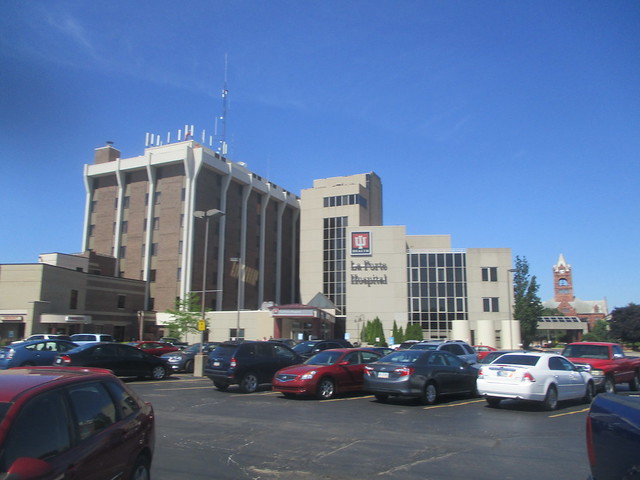 SCOTTSBURG, Ind. — When former Indiana Gov. Mike Pence embraced Obamacare’s Medicaid expansion with conservative twists — such as requiring enrollees to contribute to their care — critics lamented poor people would be locked out while backers cheered the program’s focus on personal responsibility.

Neither side’s expectations were quite borne out. Two years later, as the program emerges as a national model thanks to Pence’s role in the Trump administration, the reality on the ground shows what happens when political philosophy collides with the practical challenges of providing health care to tens of thousands of people, many of them in crisis.

Advocates for the poor in Indiana argue that liberal fears of depressed enrollment were overblown. More than 400,000 Hoosiers are enrolled, despite state requirements that low-income residents make nominal monthly contributions to their care or face stiff penalties.

Likewise, Republicans’ contention that the system would promote personal responsibility and prod beneficiaries to ration their care and make better decisions about what treatments to seek also turned out to be overly optimistic.

Mike Pence’s Neighbors Are Trolling Him With Rainbow Flags

Two weeks after Mike Pence was schooled on racial and ethnic diversity by the cast of Broadway’s “Hamilton,” others who disagree with the vice president-elect’s views are expressing themselves in profound ways.( Collapse )

Tbqh, I don't expect this "colorful gesture" to have any real impact on Pence (other than possibly making him go, "Ewww, ewww, ewww, nasty gay stuff" lol). But I still think it's worthwhile, as a subtle yet in-your-face reminder to Pence and his Orange Overlord that most Americans are not behind their twisted agenda, and as a morale booster for the people doing it (as well as those of us observing from afar).

Also, sometimes a thing is worth doing, simply because it is a good and right thing to do. I hope we see lots and lots of this sort of thing in the weeks and months to come.

Amy Sandler was a plaintiff in Baskin v. Bogan, which challenged Indiana’s denial of marriage rights to same-sex couples while Vice President-elect Mike Pence was governor

'I want everyone to know the type of man he is'

As a resident of Indiana for five years, I got to know Governor Mike Pence better than the average Indiana constituent. Now that he is about to be our next vice president, I want all Americans to know exactly how he treated my family when my wife, Niki, was dying of ovarian cancer.

I want everyone to know the type of man he is—the type of things he is capable of.( Collapse )

Mods, we need a tag for Mike Pence. Seeing as how we're going to be stuck with him as veep for the next four years and all. :-(

An Indiana lawmaker plans to introduce a bill that would outlaw and criminalize all forms of abortion in Indiana.

Under his proposal, all abortions would be a crime and prosecutors could file charges against those who participate in the procedure.

Millions in TANF dollars are flowing to crisis pregnancy centers that mislead women. 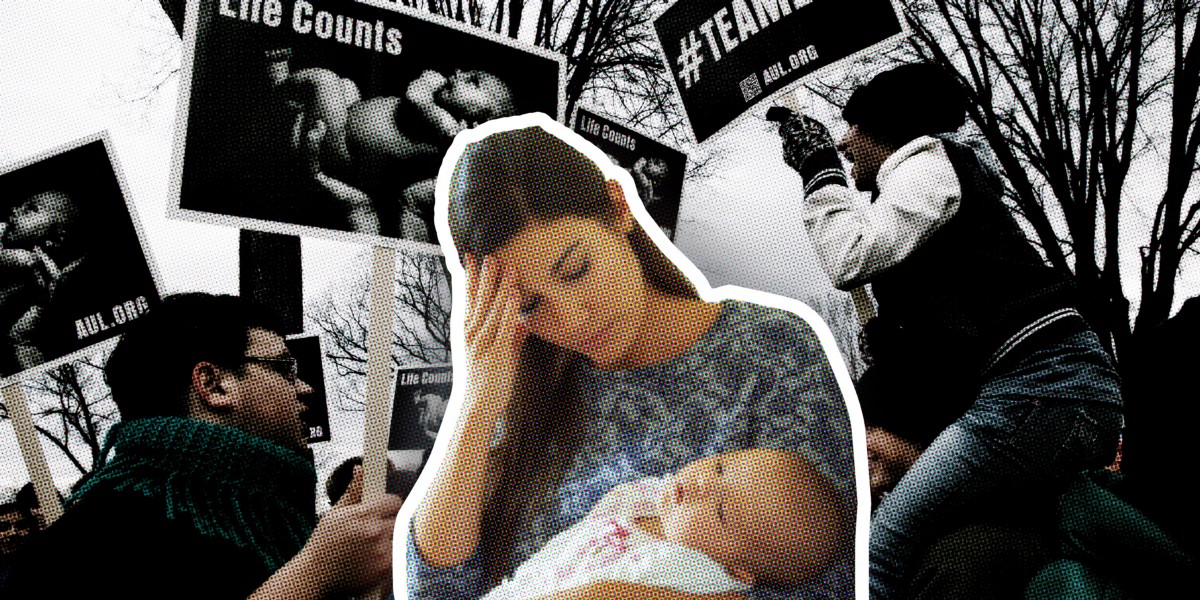 Missouri has a poverty problem.

Almost 15 percent of the state’s residents live under the federal poverty line, a bare-bones guideline that means existing on $20,160 or less a year for a family of three. One in five Missouri children lives in poverty. It ranks 30th in the country for its share of poor people.

That kind of destitution can make it difficult to get enough food to eat. Missouri has the second-highest share of residents who have very low food security in the country. Almost 8 percent of residents fall into this category; only Arkansas has more people struggling to afford food.

In such a climate, it might be reasonable to expect state lawmakers to be focused on how to alleviate economic suffering. But over the past five years, the number of people in Missouri receiving benefits from its welfare program has plummeted, falling by more than 100,000 people since 2011. The most recent monthly statistics show that only 37,486 people were getting cash assistance.

That’s thanks to harsh measures lawmakers have put in place for those who need some help to get by. Lawmakers have cut people off after 45 months no matter whether they have a job or source of income — the federal cutoff is five years. They’ve also forced recipients to create “personal responsibility plans” outlining work activities with the ability to lose benefits if they go off course.

States have gotten a fixed amount of money from the federal government to run their welfare programs since 1996, or when welfare reform turned it into the Temporary Assistance for Needy Families (TANF) block grant. So when there are fewer people getting cash benefits, that means a state has more money left over that it can put toward other purposes. And in Missouri, one big purpose consuming the funding has been something that might seem unrelated to alleviating poverty: crisis pregnancy centers (CPCs), or organizations that run with the express purpose of discouraging women from getting abortions, often through misleading them or flat out lying to them.

Pence Gets Clobbered By Federal Appeals Court In Refugee Case

The conservative U.S. 7th Circuit Court of Appeals sitting in Chicago just hammered Trump’s “savior,” VP candidate, Mike Pence. The decision is Exodus Refugee Immigration, Inc. v. Michael R. Pence, in his official capacity as Governor of Indiana, et al., Dkt. No. 16-1509 (October 3, 2016). Noted federal appeals judge, Richard Posner, wrote for a unanimous panel, joined by Frank Easterbrook and Diane Sykes. The latter happens to be on one of Trump’s lists of judges he would consider for the Supreme Court.

The case involved the grant of a preliminary injunction by a lower federal court to a private agency named Exodus that assists refugees in Indiana, some of whom are Syrian refugees. The appeals court upheld the issuance of the injunction.( Collapse )

I had forgotten just how much pure evil Pence is made of, so I found this to be a timely reminder of at least one facet of his evil, just in time for the debate.

P.S. We don't have a Mike Pence tag. I'm not sure we need one, unless Armageddon is unleashed the Drumpfster somehow gets himself elected, but I thought I might as well point it out since it looks weird to tag Tim Kaine and not his debate opponent.

By Rachael Bade and Elena Schneider

It turns out the ultimate year of the outsider is pretty much limited to Donald Trump.

Establishment-aligned GOP primary candidates for Congress beat conservative challengers this summer in just about every major matchup, a stark reversal of the dynamic that’s driven Republican politics since 2010. 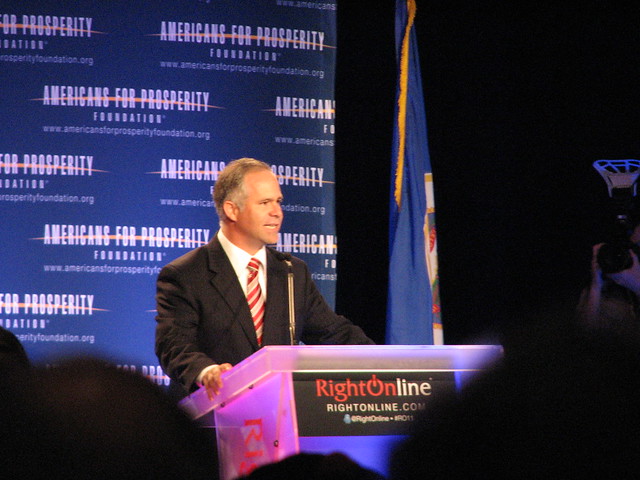 Tea party candidates failed to take out a single GOP incumbent this year; among the higher-profile targets who survived were Sen. John McCain of Arizona, House Ways and Means Chairman Kevin Brady of Texas and Reps. John Shimkus of Illinois and Bill Shuster of Pennsylvania.

More glaring, given the difficulty of toppling an incumbent, was the inability of conservatives groups like the Club for Growth and Senate Conservatives Fund to capture more than a handful of open seats, as conservative candidates who pledged to vote with the far-right House Freedom Caucus fell to contenders backed by mainstream Republican groups, including two in Arizona and Florida on Tuesday.

The state will no longer tax feminine hygiene products like luxuries

Not so long after the GOP presidential nominee blamed his inability to answer tough questions on the possibility his questioner was menstruating, another Republican is taking strides to make period week a little bit easier.

On Friday, Illinois Gov. Bruce Rauner (R) signed a law ending sales taxes on feminine hygiene products such as pads and tampons. This makes Illinois the third state this year to eliminate the tax, following New York and Connecticut. Similar legislation has been introduced in 12 other states.

“This is just the start of a conversation about the unfair ‘pink taxes’ women face as they buy products priced higher than similar ones marketed to men or, in this case, as they have to spend on products that men don’t,” said Illinois state Sen. Melinda Bush (D), the bill’s sponsor.

“Pink taxes” refer to the extra funds women spend on certain products and services ― such as feminine hygiene products, razors, haircuts, insurance and even pillows ― over comparable products marketed to men.

A number of states fail to recognize feminine hygiene products as necessities and tax them as luxury items. Women pay an estimated $1,300 more than men each year on products marketed toward them, and a woman can anticipate spending $18,000 on her period over her lifetime.

But, shocker, not every Republican-governed state is as open to making life more fair for women.

In 2013, when the Texas state senate was preparing to discuss the state abortion bill, state troopers threw tampons and other items belonging to people entering the gallery into the trash.

Polls from Quinnipiac University this morning showed very close races between Hillary Clinton and Donald Trump in Pennsylvania, Florida and Ohio. (He leads her by four percentage points in Ohio.)

Nate Cohn, The Upshot’s politics analyst, and Toni Monkovic, an Upshot editor, discussed the polls and other battleground states in this Slack conversation:

Toni What do you make of the Quinnipiac polling today? It’s sure to scare liberals.

Nate I think there are two basic ways to look at them.

On the one hand, the preponderance of evidence suggests that Clinton has a comfortable edge in the battleground states. Quinnipiac, for good measure, has been pretty tough on the Democrats over the last few cycles. You can see some sign of that in the racial composition of the surveys. In Florida, for instance, Quinnipiac’s registered voters are 69 percent white, 11 percent black and 15 percent Hispanic. The official data from the Florida secretary of state (since voters are asked their race when they register to vote) is 65.7 percent white, 13.3 percent black and 14.8 percent Hispanic. Similarly, the census’ current population survey in 2014 found that 64.3 percent of registered voters were white, 15.2 percent were black and 17.9 percent Hispanic.